The main objective for all of us should be to ensure that bank operations are sustainable in the long run, in order to avoid a repetition of past negative experiences. Thanks to the measures we undertook in past years, the domestic banking system is now stable and highly resilient against various macroeconomic shocks

As the institution tasked with safeguarding and strengthening the stability of the financial system, the National Bank of Serbia closely monitors and analyses bank operations in Serbia. The technological advancements of the banking sector and global economic developments of past years are resulting in changes in the shareholder structure of banks, both globally and on the domestic banking market.

We are not merely passive observers of this process. Instead, in accordance with our legal mandate, we supervise status changes and make decisions on applications for the acquisition of ownership in banks. We approve status changes under the prescribed terms, which also relate to their economic justification. Above all, we ensure that those changes contribute to the improvement of the quality of services and have no adverse effects on financial market stability.

The main objective for all of us should be to ensure that bank operations are sustainable in the long run, in order to avoid a repetition of past negative experiences. Thanks to the measures we undertook in past years, the domestic banking system is now stable and highly resilient against various macroeconomic shocks. We improved the regulatory framework within which banks operate and implemented the Basel III international standards successfully, all the while significantly reducing the share of non-performing loans (NPLs).

In order to resolve the NPL issue in a systemic way, in cooperation with the Government, the National Bank adopted the NPL Resolution Strategy and accompanying action plans in August 2015. 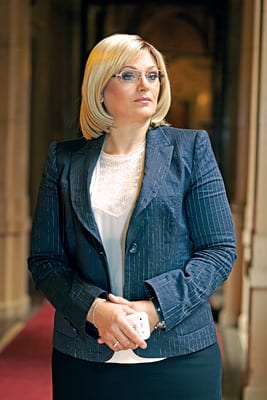 Through the efficient implementation of the activities envisaged by its Action Plan, and by adopting the Decision on the Accounting Write-off of Bank Balance Sheet Assets, the National Bank of Serbia contributed significantly to progress in resolving this issue that is of great importance to preserving financial stability.

In the period since the adoption of the Strategy (slightly exceeding two and a half years), the amount of NPLs has more than halved, and the share of NPLs in total loans had fallen by 13.2 percentage points to 9.2% in March – below the pre-crisis level. In fact, the share of NPLs in total banking sector loans (NPL ratio) is at the lowest level since the introduction of the definition and reporting requirements, i.e. since September 2008.

There is certainly room to further reduce their share, and we expect to see that scenario unfold. Conducive to this will be the further recovery of lending supported by past monetary policy easing, and the still-low interest rates in the euro area, interbank competition, the anticipated acceleration of economic activity at home and labour market recovery, as well as the continuation of banks’ activities on cleansing their balances of distressed assets and further reducing the volume of NPLs.

Banks have worked tirelessly on NPL resolution, as confirmed by data showing that from the beginning of 2016 until the end of March 2018, banks’ receivables related to write-offs and sales decreased by around RSD 209 billion. That decrease continued in 2018, though the pace of further write-offs is likely to be slower this year, considering the progress already accomplished in this area during the past two years.

We expect lending growth to continue going forward, due to the effects of past monetary policy easing, the still low interest rates in the euro area, the expected acceleration of economic activity at home and labour market recovery, as well as interbank competition.

Even if we assume that there will be no more NPL write-offs and sales until the end of this year, which is unlikely given that RSD 8.5 billion of NPLs has already been written off and sold in the first quarter of 2018 on account of expected lending growth alone, the share of NPLs in total loans could fall by another 0.5 percentage points by year’s end.

What is also important is that banks operating in Serbia rely primarily on domestic, stable sources of funding, whereby their exposure to risks from the international environment is diminished. All this confirms that individual banks and the sector as a whole operate in a stable way, which is also a precondition for healthy growth in loans to the retail and corporate sectors in the coming period. 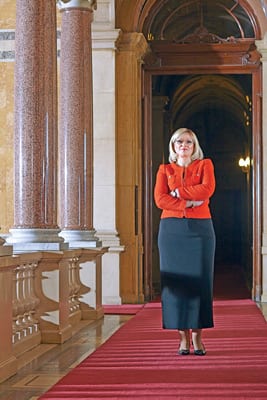 Lending growth continued in 2018 as well, accelerating to 7.5% in year-on-year terms. Lending to the corporate sector increased to 5.1%. It should be stressed that the recovery of lending takes place against the backdrop of the intensified resolution of NPLs. Excluding the effect of NPL write-off and sale since early 2016, year-on-year growth in domestic lending equalled 14 per cent in March, with lending to the corporate sector growing by 13.9 per cent.

Such growth in lending to the private sector amid the cleansing of bank balance sheets from NPLs, which reduces the stock of loans, confirms the speedy recovery of lending activity. A particularly positive fact is that investment loans have for quite some time already accounted for a significant portion of the banks’ corporate credit portfolio – around a third. Their share is rising in the structure of new loans, implying that investment growth is also increasingly financed from loans.

Finally, I always like to highlight the following – the positive statistics on lending growth do not diminish the need for banks to increasingly turn – instead of investing in low-risk loans – to strengthening the role of intermediaries between depositors and loan beneficiaries, thus contributing to even faster-lending growth and, consequently, helping underpin sustainable economic growth.