The area of nature protection is encompassed, at the national level, by the legislative framework for environmental protection that has its basis in the Constitution of the Republic of Serbia, provisions that define citizens’ right to a healthy environment, as well as the duty of citizens to protect and improve the environment, in accordance with the law

Alongside the aforementioned laws, a number of other laws exist that are relevant to the area of nature protection, especially in the domain of using and protecting forestry, hunting, fishing and genetic resources for food and agriculture. The strategic framework for nature protection is defined through strategic documents and the Government’s commitment to EU accession, via the National Programme for Environmental Protection and through sector-specific strategies (agriculture, forestry, energy etc.).

Nature protection, which knows no borders, is largely based on generally accepted global and regional instruments that are aimed at harmonising the needs of different countries by adopting common protection measures, as well as the methods and order of their implementation. Global and regional multilateral agreements in the field of nature protection (commonly referred to as conventions) are precisely the result of cooperation between states that are signatories to these agreements, and the impact on the uniform and timely harmonisation of the application of measures for the protection of nature via the adopting of common standards and the developing of harmonised legislation in this field. 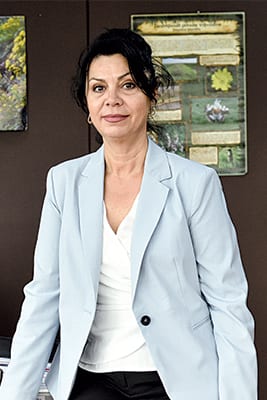 Within the scope of the Convention, the Cartagena Protocol on Biosafety was adopted, as well as the Nagoya Protocol on Access to Genetic Resources and the Fair and Equitable Sharing of Benefits Arising from their Utilisation-ABS. The Cartagena Protocol regulates conditions for the protection of biodiversity against potential risks caused by living modified organisms (LMOs) or genetically modified organisms (GMOs), which can result from the application of modern biotechnologies. This is an international agreement that’s aimed at ensuring the safe handling, transport and use of LMOs that are created by modern biotechnology and that can have a negative impact on biodiversity, also taking into account risks to human health. With the adoption of the Law on the Confirmation of the Ratification of the Cartagena Protocol on Biosafety to the Convention on Biological Diversity, with annexes, the Republic of Serbia became an official member of the Cartagena Protocol in 2005.

The opportunity to significantly link the country’s economic development to the protection of its natural heritage mustn’t be missed, in order for us, as a society, not to find ourselves in a situation where we later have to finance the restoring of those assets that we’ve already lost once

In September 2018, the Republic of Serbia also adopted the Law on Confirmation of the Nagoya Protocol and the National Assembly of the Republic of Serbia took responsibility for the fair and equitable sharing of benefits arising from their utilisation. This Protocol significantly improves the third objective of the Convention by securing a solid basis for greater legal certainty and the transparency of both the providers and users of genetic resources.

Member states of the UN Convention on Biological Diversity adopted the Strategic Plan for Biodiversity for the 2011-2020 period at the tenth meeting of the Members Conference that was held in Nagoya, Japan, in 2010. This plan aims to encourage the conservation and sustainable use of biodiversity throughout the decade in all countries and among all stakeholders, as well as the inclusion of biodiversity issues in other sectors. This strategic plan comprises a common vision and mission, strategic areas and 20 Aichi Biodiversity Targets.

The Serbian Ministry of Environmental Protection continuously monitors all internationally accepted goals, defines national goals, measures and activities, and continuously develops and improves the strategic, legislative and institutional framework for their implementation. The Ministry has also planned to conduct significant capacity-building activities through the creating of a large number of new jobs that are primarily intended for new expert personnel who will be ready to contribute to implementing these very ambitious goals.

It should always be considered that citizens’ constitutionally guaranteed right to a healthy environment is equally as important as their socio-economic situation. If we lag behind in implementing internationally accepted standards of nature protection, we can reach a situation in which the effects of economic growth are no longer sufficient for ensuring favourable living conditions for the population, and for the costs of conserving nature to increase to incalculable levels. In contrast to this, it has been proven that investments in nature conservation can represent strong economic potential, especially for the development of local communities in areas that cannot be covered by conventional industrial development due to a lack of infrastructure. The opportunity to significantly link the country’s economic development to the protection of its natural heritage mustn’t be missed, in order for us, as a society, not to find ourselves in a situation where we later have to finance the restoring of those assets that we’ve already lost once.

In a large-scale campaign of cleansing the Danube riverbanks in seven cities, more than 2.5 tons of packaging waste was collected and around 2...
Read more

Serbia is awaited by a huge job in the years ahead when it comes to advancing environmental protection, and some of the most important...
Read more

Chapter 27 in EU accession negotiations is the most technically complicated and most expensive Chapter – with more than 200 EU regulations waiting to...
Read more

In just five years, as long as it has existed, the Centre for the Promotion of Sustainable Development has developed two projects that have...
Read more
Cord MagazineLeaders Meeting Point