A Unity Is Our Strength

The FIC’s biggest strength is in the promotion of views and suggestions that are the unified voice of more than 100 entities, whose operations depend on the development and growth of the entire Serbian market

We spoke to Ingeborg Øfsthus, Vice President of the Foreign Investors Council – FIC and Telenor Srbija CEO, about the legacy of this business association over the last 15 years.

Last year saw investments at the FIC membership level increase by €5.2 billion, while the share of members’ contribution to GDP increased by 3.7% in the last two years. To what do we primarily owe this impressive progress?

– We owe it to two main factors: first of all, a few very large investors joined the FIC and, secondly, some FIC members continued with their investments in this market. The Foreign Investors Council, as a voluntary association, continues to expand its membership and each year brings progress in terms of new members that accept terms and conditions for cooperation, to their mutual benefit.

You have said that the increase in the share of GDP has been influenced by the further development and growth of individual FIC member companies. To what extent is this a result of their good operations; and to what extent is it a result of the effects of the work of the FIC as an association dedicated to improving the business climate in Serbia?

– I would say that both elements enabled further growth and development. To what extent, it is difficult to say. Those two conditions are connected since you cannot have a performance on a good level without an appropriate business climate, which needs to support investors in their daily business operations.

After 15 years of operations, what new tasks have you set for the FIC?

– The most important task for us, which, in fact, is not that new, is to continue growing and representing a unified voice of investors for acquiring better business conditions. We are dedicated to this mission and, as a result, are happy to see that there is steady interest in joining among investors who are not yet part of our community. And not just companies, but also senior representatives from the stakeholder community, which is in a way a step further in the process of the FIC’s development and growth.

The FIC is one of few organisations whose opinions and proposals are public and easily accessible to all, particularly via the White Book project

What are the key attributes that attract new members to the FIC and what makes the FIC unique compared to other investor associations?

– The FIC’s greatest strength is the promotion of views and suggestions that are the common denominator of a majority of its members. It is not the voice of one company or a group of companies, but the unified voice of more than 100 entities, whose operations depend on the development and growth of the entire Serbian market. 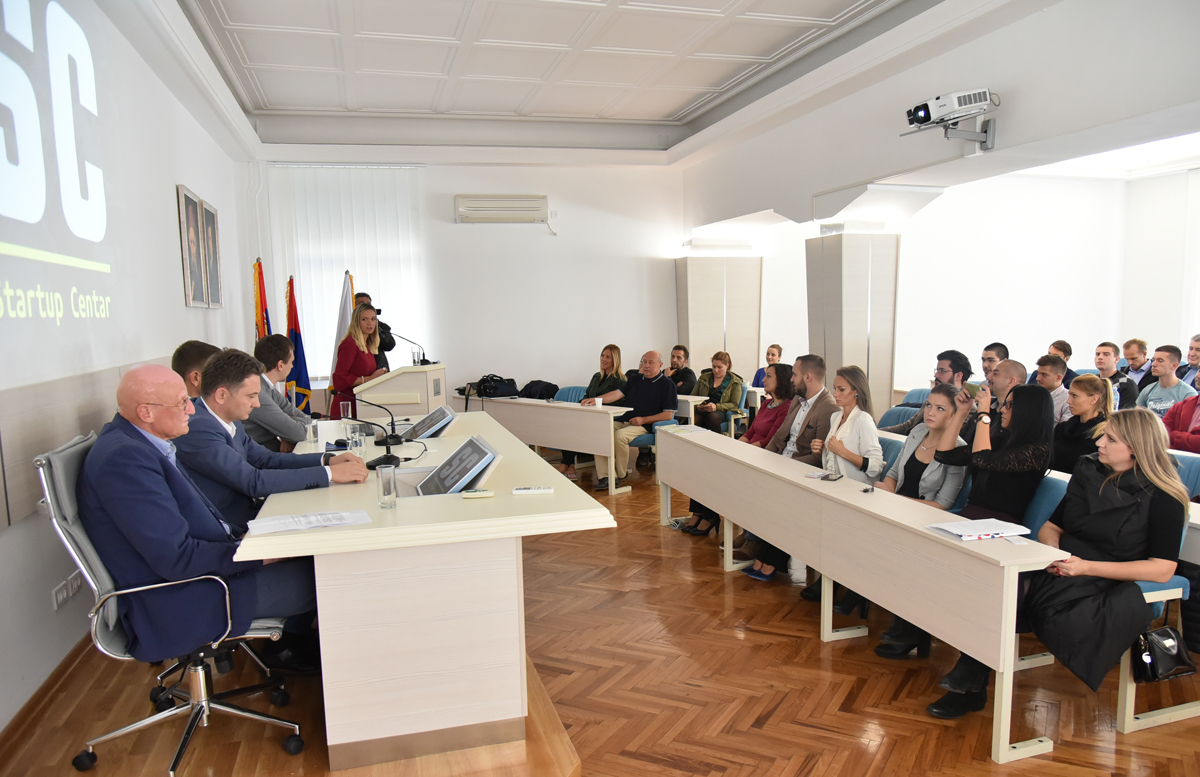 Moreover, the FIC is one of the few organisations whose opinions and proposals are public and easily accessible to all, particularly via the White Book project. We believe that our key principles are our main attributes that attract new members: transparency, equality and predictability.

We also promote the principles of sound business ethics, setting the example of solid governance, both via FIC operations directly and members’ operations indirectly.

Which FIC recommendations from the past year have had the greatest impact on positive changes in the business environment?

– The main conclusions and messages from the White Book published last year are that significant improvements have been made in the business climate through fiscal consolidation and changes in real estate and part of the general legal framework.

Where are your expectations not being met?

– Here we can talk about the FIC’s main expectations going forward, of which there are three: 1) Accelerating important structural reforms, especially the privatisation and corporatisation of state-owned enterprises; 2) Better implementing laws, ensuring their consistent and efficient implementation.

The way to do that is to create missing institutions, introduce clear procedures and guidelines, cut unnecessary bureaucracy and train people and, finally, 3) continue the efficient harmonisation of Serbian laws with the EU Acquis.

How is the previously formed working group comprising members of the Government and the FIC addressing some of these issues?

– This Task Force has been established to cover all priority issues dealt with by the FIC. It is concentrated around activities which can be swiftly executed, mainly by the changing of ministries opinions or GoV decisions.

Another new FIC initiative is the Dialogue for Change. Who can participate in this dialogue and how?

– The purpose of this event is to bring public dialogue on business climate issues to a new level, enabling more direct interactions and exchanges of views and ideas. The main goal is to reach joint conclusions and agree on actions resulting in concrete improvements in the business climate in Serbia.

We gather FIC members and teams from the relevant ministries, depending on the topic, as well as representatives of stakeholders, such as the Office of the Prime Minister of Serbia, the EU Commission and EU Delegation, the OECD, World Bank, IMF, other business associations etc.

Among the important themes of the first Dialogue for Change were digitisation and e-government. How important are these topics for accelerating economic growth and the operations of companies themselves, in the field of telecommunications and in other areas?

– Very important, as the Government needs to introduce e-Government in order to build up its own efficiency and provide a better service to the private sector and citizens. Digitisation and telecommunication are fundamental to increasing the competitiveness of Serbia and its economy.

Did the first Dialogue for Change achieve some tangible results?

– The first Dialogue for Change event, with then Minister Ana Brnabić and state secretary Tatjana Matić, proved to be a great success with tangible results. Our proposal to include m-Government in the draft Action Plan for Implementation of the Strategy for e-Government was accepted and we expect its adoption and implementation.

In addition, good discussion on resolving the direct carrier billing issue was initiated and we hope that in the very near future we will move forward with enabling our citizens to pay for digital content via their monthly bills for telco services.

What is “m-government”, which you are advocating?

– m-Government is part of a wider e-government platform and means availability of public e-services on mobile devices. With high penetration of mobile phones between citizens (129%) and increasing trends, along with all the advantages of this platform, such as flexibility and integration with all payment options, I believe strongly that m-government can be a significant driver for digitisation. m- Government would bring higher reach and greater possibilities for completely new electronic services in public administration.

How good are the new legislative solutions being prepared in the field of digitisation and e-government; and how can the new FIC Committee for Electronic Commerce contribute to quality solutions in this area?

– The new FIC Committee can contribute a lot in removing legislative and other barriers for the further development of E-Commerce and digital services. There have been some improvements to relevant laws, but further steps are expected in the period ahead.