The development of 5G networks and modern...
Read more

As of 2019, JICA will launch a new programme in which Japan Overseas Cooperation Volunteers, young and energetic Japanese youngsters, will work with Serbian people in the local community on rural development, disaster prevention and support for people living with disabilities. I would take this opportunity to ask the Serbian people to provide a warm welcome for these young people

The Japan International Cooperation Agency (JICA) Senior Volunteer Programme was launched in Serbia in 2008 and today marks a decade of its existence. We spoke with Mr Hideya Kobayashi, Chief Representative of the JICA Balkan Office, about major achievements and ongoing programmes but also a new JICA project to be launched at the beginning of 2019.

What major achievements has JICA so far recorded?

Over the last 10 years, JICA has dispatched richly experienced Senior Volunteers (SV) in the field of Japanese language education, sport, private sector development, social welfare etc. As for Japanese language education, JICA has dispatched 5 SV to the Belgrade high school specialised in foreign language studies (Second Belgrade Gymnasium) and our SV provide not only advice to Serbian teachers on teaching methods and direct mentoring for students, but also do their best to introduce Japanese culture, which is extremely interesting to students. Many pupils of this school have gone on to enter the Japanese Language and Literature Department at the Faculty of Philology in Belgrade.

When it comes to kendo, four SV have been dispatched to date and, under the coaching of our SV, the Serbian Kendo National Ladies Team won silver at the 2016 European Championships.

As for the field of business management, JICA also dispatched two SV to the former Serbia Investment and Export Promotion Agency (SIEPA), and they visited, in total, more than ten manufacturing companies more than 100 times to introduce 5S and kaizen activities, as well as exerting efforts to implement them.

Could you outline some of the most important ongoing programmes?

As for private sector development, JICA has for more than 10 years been implementing, in collaboration with the Development Agency of Serbia (RAS), Mentoring service system development. 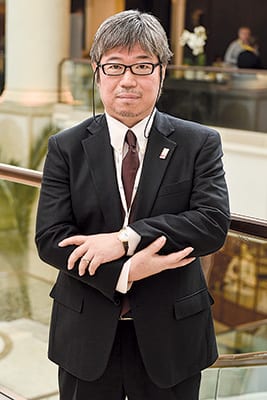 Presently, JICA is implementing the Project for the Establishment and Promotion of Mentoring Services for SMEs in the Western Balkans (Phase2) in Serbia. The Mentoring Service has been provided through RAS to SMEs and, based on the kaizen concept, we aim to improve the quality of mentoring services by introducing a factory diagnosis method etc.

In addition, we have also introduced the same mentoring service in B-H, Macedonia and Montenegro, and are continuing with implementation. More than 2,000 small and medium-sized enterprises and entrepreneurs have received this service in Serbia.

In the field of environmental protection, JICA has been implementing the ODA Loan Project “Flue Gas Desulphurisation (FDG) Project at Thermal Power Plan Nikola Tesla A” in Obrenovac. The biggest FGD facility in the world will be installed at TPP Nikola Tesla A and the aim is to reduce air contamination. Construction is planned to commence in January 2019, with the project to be completed by May 2021.

Following completion of this FGD project, emissions of dust and SO2 from TPP Nikola Tesla A will fall drastically and we expect the EU’s environmental standards to be achieved.

When it comes to the field of healthcare, in Serbia – where the cancer rate is high and where one of the primary causes of death is breast cancer – JICA has installed breast cancer diagnostic equipment (mammography) and aims to contribute to the improvement of recovery rates by directing efforts towards training and educational activities for medical personnel.

The world’s biggest Flue Gas Desulphurisation facility will be installed at TPP Nikola Tesla A, and the aim is to reduce air contamination. Construction is planned to begin in January 2019

How many volunteers have been engaged in Serbia and in which areas?

JICA has dispatched a total of 18 volunteers to date. five SV as Japanese language teachers, four SV for kendo, two SV for business management, three SV for disability aid, two SV for tourism, one SV for food processing and one SV as a nurse.

How are volunteers selected and recruited?

JICA collaborates with the Ministry of European Integration and the Standing Conference of Towns and Municipalities in opening new volunteer posts.

JICA first evaluates if the created posts match the volunteer manpower in Japan, then after the official request has been submitted to JICA by the Serbian Government, we final undertake to recruit within Japan.

There are two rounds of recruiting, in spring and autumn, and we invite applicants from all over Japan to apply. We do that through an advertisement placed in mass media and explanatory meetings in every region of Japan.

We make a decision on successful applicants based on the screening of application documents, numerous interviews, health check-ups, as well as evaluations of character and skills.

The successful volunteers then go to two locations within Japan where we have JICA volunteer training centres and, following 70 days of training on language, cross-cultural understanding and social development, they are dispatched to the countries to which they are assigned.

A new JICA programme is soon to be launched in Serbia. Could you tell us what it’s about?

Based on this mutual agreement, it is planned for JICA to start dispatching JOCV as of January 2019.

The programme has three objectives: to cooperate in economic and social development and the reconstruction of developing countries; to promote international goodwill and deepen mutual understanding and to develop international perspectives and give that experience back to the Japanese community. 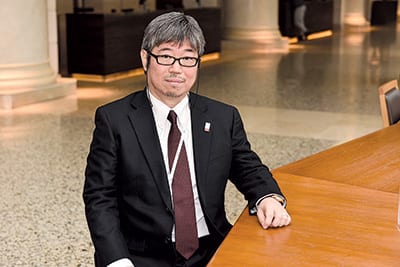 The JOCV concept has a history dating back over 50 years as a programme that dispatches relatively young people (aged under 39) to foreign countries, and to date, JICA has dispatched more than 44,000 volunteers to 91 countries worldwide.

JOCV are characterised by the fact that they are deployed at a community grass-roots level and work through activities to resolve problems together with the local people.

The year 2017 marked celebrations of 50 years of JOCV. JICA received the Magsaysay, the so-called “Asian Nobel Peace Prize”, in 2017, representing recognition of JICA’s contribution to developing the economy and society of the Asia region on the basis of the ideal and philosophy of living and working with the local people.

Young and energetic Japanese people will work with Serbian people at the level of the local community, deepen their understanding of Serbian society and make lots of friends before returning to Japan.

I expect JOCV members to come to represent a “bridge” between Serbian and Japan in the future, and for a deep relationship to form between our two nations, not only financially, but also culturally speaking. I would take this opportunity to ask the Serbian people to provide a warm welcome for the JOCV.

KAIZEN has been introduced to the Serbian manufacturing scene and is functioning well, which I find not only similar, but extremely engrossing

Dispatched volunteers, in cooperation with people from counterpart agencies, are tasked with analysing problems and endeavouring to solve them by utilising their skills and experience from Japan.

Unlike infrastructure development projects, where huge amounts of money are invested, there is probably no major impact in financial terms that can be seen in this case, but I am convinced that JOCV members will have quite a major positive impact on the community in Serbia.

I personally think that JOCV members want to utilise their skills and experience and that they are aware that they can grow as people and professionals while contributing to the socio-economic development of the country to which they are dispatched.

I also think they recognise this as a great chance for them to learn a lot from the people (community) in the partner countries.

Do you see any similarities between Japanese and Serbian business practices and cultures?

When I visited one of the tobacco factories of Japan Tobacco International, I was very impressed that they have thoroughly incorporated kaizen, 5S and TQM at the factory.

KAIZEN is a business improvement exercise that originated on the factory floors of the manufacturing industry and with it there is no need to invest money, rather just to start improving every day, first with small things, then later bigger.

There are no Japanese personnel currently deployed at JTI’s factory, but through a “bottom-up approach” teamwork is emphasised and KAIZEN has been introduced to the Serbian manufacturing scene and is functioning well, which I find not only similar but extremely engrossing.