All processes are currently being considered, and among the priorities is developing the National Plan for Economic and Social Development until 2030… simultaneously with conformation of the irrevocable nature of our socialism and the leading role of the Party in Cuban society – H.E. Gustavo Tristá del Todo

Following the election of Miguel Diaz-Canel as the new President of Cuba, analysts around the world are wondering which direction Cuba will head in, after the many decades of the rule of Fidel then Raul Castro. Speaking in this interview for CorD, Ambassador Gustavo Trista del Todo says that there will be a progression of the revolution and a continuation of the implementation of that which was agreed at the 6th and 7th congresses of the Communist Party of Cuba.

The start of this ambassador’s mandate in Serbia coincides with the anniversary of the establishment of bilateral relations between Serbia and Cuba. The ambassador notes that the two countries have been fostering friendly relations for 75 years and support each other in international organisations: Cuba does not recognise Kosovo’s independence, and Serbia supports Cuba’s resolution in the United Nations against the U.S. embargo on the country.

Your Excellency, you took on the post of ambassador to Serbia just a few months ago, in a year that marks the 75thanniversary of the establishment of diplomatic relations between Cuba and Serbia. How do you view this period of cooperation between the two countries?

– Precisely, this year marks the 75thanniversary of the establishment of bilateral relations. On the date of 31st August 1943, King Petar II Karađorđević issued a decree proclaiming – on the proposal of the Council of Ministers of the Kingdom of Yugoslavia – an open Mission to Cuba, based in Havana. Nevertheless, the January 1959 Victory of the Revolution represented the start of a solid and lasting relationship that has strengthened over time.

Belgrade was among the first to recognise the new government in 1959. In August of that year, Commander Ernesto Che Guevara headed a goodwill mission that travelled over and was received by President Josip Broz Tito. Both nations formed part of the founding group of the Non-Aligned Movement, and those ties have been held without interruption, always to the benefit of both sides.

The recent visit of the President of Serbia to Cuba was realised at the very beginning of your mandate in Serbia, following an invitation extended by Cuban President Raul Castro. How would you assess the impact of this highest-level meeting on bilateral relations between the two countries?

– The visit of President Aleksandar Vučić to my country in December last year is of great importance and marks the beginning of a new phase in bilateral relations. 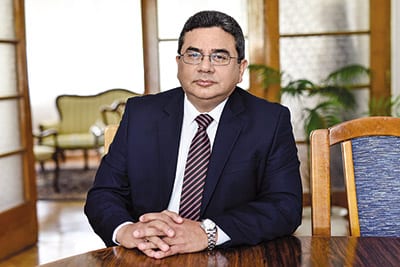 Accompanying the Serbian leader were the ministers of the economy, agriculture and health, as well as the mayor of the capital, who had meetings with their Cuban colleagues regarding future cooperation, and the result of everything was the signing of an agreement on the joint production of medicines. The president was received by the highest officials, especially President Raul Castro, which ensured the visit was very successful, in accordance with the nature of our relations.

This visit confirmed the close friendship and sympathy that has historically existed between our two governments and nations, as well as providing an opportunity to consider the potential for bilateral cooperation. For this reason, I consider it a milestone to intensify relations in the coming years.

The meeting in Havana saw a reiteration of Cuba’s stance not to recognise the independence of Kosovo. Will Cuba endure in this position if it comes to a debate in UN, before the General Assembly, regarding Kosovo possibly gaining observer status in that organisation?

– For Cuba, respect for the sovereignty and territorial integrity of a country is an inviolable principle. As far as the topic of Kosovo is concerned, we have no doubt that it is an integral part of Serbia, which is why our position is clear, and I see no reason for it to change.

Cuba is leading a difficult battle within international organisations, where the politics of manipulation and double standards on human rights are applied, on the basis of politicisation and selectivity

How important is Serbia’s support to Cuba in other bodies of the United Nations, such as the Human Rights Council or opposition to the U.S. economic embargo?

– Cuba is leading a difficult battle within international organisations, where the politics of manipulation and double standards on human rights are applied, on the basis of politicisation and selectivity.

Serbia supports the Cuban resolution in the General Assembly of the United Nations condemning the economic, trade and financial blockade imposed by the United States in 1962, which has been supported for almost 25 consecutive years in that voting by the entire international community. Without a doubt, the contribution of this friendly country to the adoption of such an important document is very important and is something that we appreciate and are grateful for, considering the harm it causes to our people and the need to end such an inhumane policy.

Good bilateral relations do not equate to the level of economic cooperation between Cuba and Serbia, given that the total economic exchange is less than a million dollars annually. Do you believe this situation could change for the better?

– We could explore opportunities in the domain of tourism, based primarily on the known enormous interest in Cuba among Serbian tourists. There were 6000 of them last year, and that number is gradually increasing. We know that the government is ready to contribute to the development of Cuban tourism through support in the promotion of this destination, in an effort to increase the number of visitors.

Cuba has ideal conditions to develop a so-called industry without chimneys: natural beauty, culture, safety, infrastructure and hospitable people who are worth meeting.
I am of the opinion that this tendency can change depending on the extent to which the points of interest for both sides can be harmonised. For a start, I think we can work together on the production of medicines, which has already been decided.

How will implementation unfold when it comes to the two countries’ Agreement on Cooperation in the Field of Health, which should include joint activities on the production of vaccines and treating the most serious diseases?

– Cuba’s biotech industry is renowned around the world. The vaccines, biological products, medical treatments, diagnostic resources and monoclonal antibodies created by our scientists in top-class facilities rank us among the developing nations that have made the most progress in this sector. 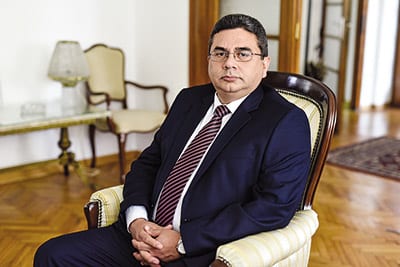 There are renowned medicines like Heberprot-P, the best treatment for diabetic foot ulcers; the Cimavax-EGF vaccine, which represent hope for lung cancer sufferers; Polycosanol (PPG), a natural treatment for lowering cholesterol; Va-mengoc-bc, a vaccine against meningococcus band c; and Neuroepo, a medicine to slow down the progression of Alzheimer’s disease. Similarly, scientists are also working on clinical trials with Heberferon, which is used in the treatment of kidney cancer and for patients with malignant brain tumours; while testing is also being done on therapeutic vaccine Teravac-VIH, which is aimed at reducing the viral burden of HIV carriers.

The aforementioned agreement on the joint production of medicines was signed during the visit of President Vučić, and a delegation of experts should visit Serbia to start negotiations. I am optimistic about the possibilities being explored in this area.

Historians note that it was in 1959, during the visit to Yugoslavia that you mentioned, when Ernesto “Che” Guevara spoke about the possibilities of cooperation in agriculture. Does agriculture remain an area with the potential to strengthen bilateral cooperation today?

– I am of the opinion that the potential exists. In a conversation I had with Agriculture, Forestry and Water Management Minister Branislav Nedimović, it was confirmed that the Cuban side could benefit from the experience acquired by Serbian experts, in accordance with specific needs.

Cuba’s biotech industry is renowned around the world. The vaccines, biological products, medical treatments, diagnostic resources and monoclonal antibodies created by our scientists in top-class facilities rank us among the developing nations that have made the most progress in this sector

This senior Serbian official also mentioned his visit to Cuba, in the company of President Vučić in 2017, and he referred to existing possibilities to transfer technology and materials for the development of livestock, as well as seed production. As such, there are opportunities for cooperation that we must encourage.

Media reported that Havana’s response to the U.S. policy towards Cuba was to strengthen relations with China, Russia and North Korea. Do you believe that today’s world is experiencing a repetition of something resembling the Cold War’s division between countries?

– Relations with these countries are based on mutual friendship and are not the result of external pressures. The anti-Cuban measures implemented by President Donald Trump are absolutely unsustainable, the blockade is part of the Cold War; it is unfair, arbitrary, and represents a clear violation of human rights.

Following March’s parliamentary elections in Cuba, and in anticipation of the election of Raul Castro’s successor, analysts are already talking about the end of a political era. Alongside the change in personnel and generations, will there also be a shift in the course in Cuba’s policies, for example with a reorientation towards a market economy?

– The Sixth Congress of the Communist Party of Cuba, held in 2011, adopted – as a key component of development strategy – the party and the Revolution’s Economic and Social Policy Guidelines for the Updating of the Economic Model of Socialist Construction. At the Seventh Congress, five years later, the Update of the Guidelines for the period 2016-2021 was adopted and supported by the National Assembly of the People’s Government.

All processes are currently being considered and among the priorities is the development of the National Economic and Social Development Plan until 2030, as well as a comprehensive review and improvement of the measures that require, with appropriate proposals.

Likewise, research is also being conducted on the future reform of the Constitution, which should reflect the main economic, political and social transformations of the agreements adopted at the VI and VII congresses of the Party and the objectives of its First National Conference; at the same time, there will also be confirmation of the irrevocable nature of our socialism and the leading role of the Party in Cuban society.