We must work stronger to promote opportunities to do business in Serbia among Japanese business circles and spread the word in larger circles, as trade cooperation can be enhanced between Serbian and Japanese companies in both Europe and Serbia.

Slowly but surely, Serbia is becoming an attractive destination for Japanese investors.

The recent visit of Japanese PM Shinzo Abe to Serbia certainly set the new tone, but behind the surge in interest among Japanese companies in Serbia as an investment destination is a long-term mutual effort of many Japanese institutions, led by the Japanese Business Alliance in Serbia.

We spoke about the new venues of cooperation with Goran Pekez, Chairman of the Board of Directors of Japanese Business Alliance in Serbia (JBAS) and Corporate Affairs and Communications Director at Japan Tobacco International.

What are the most important impressions following the Japan-Serbia Business Forum? What can you conclude about the possibility of improving mutual economic cooperation? 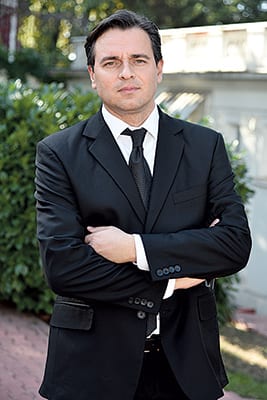 The business forum was an excellent opportunity to present all the areas in which Japan and Serbia already cooperate and to emphasise and target the potential to further improve business cooperation, especially considering that the total exchange between the two countries in 2017 amounted to almost 170 million USD, while in the first half of 2018 it amounted to 104 million.

The main conclusion is that we must have continuity when it comes to promoting and informing businesspeople on both sides about opportunities for cooperation in order to further enhance current collaboration, which is also recognised as one of JBAS’s main tasks. In the first place, we have to work stronger on promoting opportunities to do business in Serbia among Japanese business circles at all levels. We also shouldn’t forget that Japanese companies are operating worldwide, and that trade cooperation can be enhanced between Serbian and Japanese companies in both Europe and Serbia.

The Japan-Serbia Business Forum is a direct result of this years’ visit of Japanese PM Abe to Serbia. Aside from the forum, what are the key effects of that visit?

The visit of Japanese PM Abe is extremely important and sends a strong message to Japanese businesses that Serbia is recognised as a relevant partner. We are already experiencing an increase in the number of inquiries coming from Japanese companies and we hope to see an increase in the presence of Japanese companies in Serbia, as well as a further intensification of cooperation with Serbian partners. There will a presentation of the business potential of the Western Balkan region in Japan during December, which will further spread the message of stronger cooperation in the future. More specific initiatives aimed at promoting closer cooperation between Serbia and Japan are to be planned in the next year as well.

Following the conference part of the Forum, there was a Suppliers Day event for Japanese companies in Serbia. What are the impressions on possible cooperation?

The Suppliers Day was very useful, as an opportunity for suppliers from Serbia to present their capacities and show our Japanese colleagues the options available to them. More than 40 meetings were held during the event, while JBAS is still in contact with some of the attending companies, exploring the further potential for cooperation in the country.

This is very important due to fact that Japanese companies think in a long-term way. I know that first-hand, as I’ve been working at Japan Tobacco International for more than 15 years. They carefully estimate and fully analyse the potential market and its potential in every aspect.

JBAS has recently joined the network of international Japanese chambers of the Japan Chamber of Commerce & Industry – JCCI. In which areas is this support most valid?

Being part of the JCCI network is a matter of privilege and sends a message to the Japanese business society that an institution is a relevant partner. This cooperation is one more step towards strengthening institutional support for bilateral relations between Japan and Serbia, but is also significant on a broader level, since JCCI’s network includes 17 business associations from across the whole of Europe.

JCCI is an influential organisation with a very long history and is also an opinion leader in economic circles. It represents the local chambers by presenting their suggestions to the Japanese government and other bodies, as well as helping with implementation. It is also a valuable source and channel for receiving updates and information about opportunities on the Japanese market, but also sending a message about the potential of the local market.

The 2nd Kaizen Congress Serbia was held recently, under the organisation of the Kaizen Institute and JBAS, and JTI has for years been organising a Kaizen open doors event at its factory in Senta. Is there any interest in this concept?

JTI is the first factory in Serbia that fully applies Kaizen, thanks to which productivity has been increased by 50 per cent and the amount of waste generated has been reduced by 70 per cent. 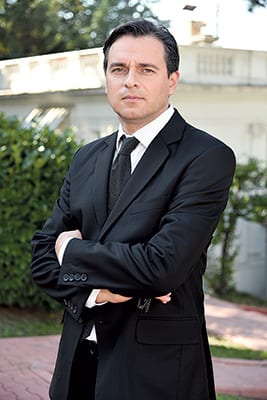 So, Kaizen is something that truly makes a difference! Incremental improvements form the basis of the Kaizen philosophy, and these can be achieved with minimal financial investments and optimal use of available resources.

Kaizen emphasises employee initiatives, and employees should be continually motivated to give proposals for the improvement of their workspace and the work they do. JTI regularly implements the best proposals of employees, who are rewarded for good ideas. Thanks to that, ways of working and thinking are significantly changed, employees feel appreciated and can clearly see their contribution to the company’s business. The fact that one of the best employee proposals brought savings to the company amounting to over 70,000 dollars, enabling the improvement of machines for packaging and better use of tobacco, says a lot about the cost-effectiveness of Kaizen.

That’s why we believe that the wider use of Kaizen could contribute to faster development of the Serbian economy, and that’s why we traditionally organise the Open Door day. Each year sees more and more companies attend. This year there were about 60 representatives of 21 companies operating in Serbia, and I can definitely confirm that there is growing interest.

There will a presentation of the business potential of the Western Balkan region in Japan during December, which will further spread the message of stronger cooperation in the future

What is your vision for JTI’s operation within the next five years?

JTI came to Serbia with a long-term strategy of investing and growing both locally and regionally, and I am proud to say that a lot has been done in previous years. Since 2006, we have invested over 180 million USD in Serbia, modernised utilities, launched cigarette production, and began exports to Montenegro, Bosnia-Herzegovina, Macedonia, Croatia and Albania, as well as exports of tobacco to the EU. Our factory had 84 employees when we started, while now we employ almost 300 people in Senta and Belgrade, as well as engaging around 1,000 farmers and seasonal workers. We have increased our production and tripled our market share.

So, our vision is to grow even stronger, to continue developing and expanding our operations in the Adriatic region.

Given that you have excellent knowledge of this market, what would you say to companies that are considering coming here?

Cooperation and mutual understanding between the Government of the Republic of Serbia and foreign investors is key to positioning Serbia as an attractive location for doing business, and JTI strongly supports that open dialogue.

Our continuous growth and investments in Serbia send a clear message to potential investors that this country is an important developing market, and we hope to see an increase in the presence of Japanese companies in Serbia, as well as further new business projects with Serbian partners.