Genoveva Ruiz Calavera, Director For WB At DG NEAR

We Want To See Serbia In The EU

My priority is to provide all our help, advice and support to Serbia on its path towards European Union membership. The European Commission is the guardian of the integrity of the accession process and a friend of Serbia

We spoke with Ms Genoveva Ruiz Calavera, Director for the West Balkans at DG NEAR, the Directorate-General for European Neighbourhood Policy and Enlargement Negotiations of the European Commission.

The Western Balkan countries have, in the recent past, showing the willingness to both reconnect and further connect with the EU, but they have also been very much in the news due to neighbourhood quarrels. What do you see as the prevailing trend?

– Indeed, the outbursts of nationalist rhetoric that we witness every now and then in the region are always a source of serious concern. It’s natural for neighbours to have different or even conflicting views on certain issues, but you need to address those through constructive dialogue and reconciliation. So far I remain a cautious optimist – people and countries in the region have so much more to gain if they act together, and so much to lose if they remain stuck in past conflicts.

The recent summit in Trieste proved that the willingness to move forward together is stronger than nationalist sentiments and extremism. I hope this is the trend that will prevail in the long term, but all sides need to make conscious and continuous efforts in order for this to happen.

We need to see a judiciary free of political influence, and overall functioning justice, accessible to all

The future of the EU is widely discussed in the Western Balkan countries, with both hope and doubt. What can the WB countries expect in the next five to ten years, in terms of their chances of becoming EU member states?

– I don’t want to speculate about dates. The enlargement process does not have a timeframe; it’s not a race. It is driven by results based on clearly defined benchmarks and criteria. The focus for the countries concerned should be on meeting these criteria, implementing the necessary reforms and making sure they produce solid and sustainable effects. Hypothesising about dates in this context would only create confusion and dilute the focus.

Having said that, let me emphasise that the perspective of accession for the Western Balkans is real and within reach. Let’s just recall Croatia, a country from the region that joined the EU in 2013. The EU leaders who gathered in Rome earlier this year to celebrate the 60th anniversary of the Rome treaty made it crystal clear on that occasion that the EU door remains open for new member states.

What did the Trieste summit bring to the EU perspective of the Western Balkans?

– Trieste was important for two reasons. Firstly, if we look at the official statements made at the summit, it clearly reconfirmed the EU’s commitment to the EU perspective of the Western Balkans, sending a strong political signal of continued EU engagement towards this goal. 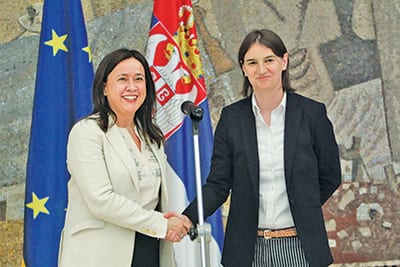 And, even more importantly, we heard a very clear message from the leaders in the region that they are committed to seriously preparing their countries for accession and working together to make Europe stronger.

Secondly, important tangible, practical steps were agreed, so it wasn’t only about abstract statements. Let me just mention the signing of the Transport Community Treaty, supported by the Commission’s ‘connectivity package’, totalling €194 million in grants, and leveraging investments of €500 million, for seven new regional projects to improve transport and energy links within the Western Balkans and with the EU. In this context, let me express my hope that Bosnia-Herzegovina will sign the Transport Community Treaty soon.

How would you assess Serbia’s efforts on the path towards the European Union?

– We have seen good progress in a number of areas. This has led to the opening of negotiations on ten chapters and the provisional closing of two. Among the open chapters are those covering the rule of law and the dialogue between Belgrade and Pristina (chapters 23, 24 and 35).

The pace of progress on these chapters determines the pace of overall accession negotiations. Progress in these areas will enable the opening of more chapters, preparations for which are already well advanced. I strongly believe that this will bring tangible benefits for the Serbian people and economic operators alike.

How much has Serbia moved forward in fulfilling political criteria, such as reforming the judiciary, fighting organised crime, furthering freedom of expression, fighting corruption and reforming public administration?

– We have seen progress. For instance, Serbia has adopted actions plans for chapters 23 and 24. The EU is monitoring the implementation closely. We do need, however, to understand the process. Serbia initially adopts action plans; then, on the basis of these plans, it introduces legislation and builds up its institutions; finally, in all these areas, Serbia will need to produce track records, i.e. tangible results. For instance, we need to see a consistent fight against corruption that will result in court verdicts, a more transparent and independent system for appointing judges, a judiciary free of political influence, and overall functioning justice, accessible to all.

What do you see as the most important priorities of the Serbian government in that respect?

– Further progress in strengthening the rule of law in all areas, as well as enhancing rights, freedoms and dedication in fighting corruption, are undoubtedly among the top priorities. Furthermore, the dialogue with Pristina needs to resume, and agreements reached to date need to be implemented for the benefit of people in both Serbia and Kosovo.

Economic reforms need to continue and be strengthened. Further legal and institutional reforms that are necessary for opening new chapters in the accession negotiations should also be prioritised.

What are your priorities in working with Serbian stakeholders in the future?

– I do believe that we sing from the same hymn sheet with Serbia and that we share the aforementioned priorities. For my part, my priority is to provide all our help, advice and support to Serbia on its path towards European Union membership. The European Commission is the guardian of the integrity of the accession process and a friend of Serbia. We want to see Serbia in the European Union.

How do you see Serbia’s progress in terms of readiness indicators on fundamental areas of Economic criteria, such as a functioning market economy and competitiveness in the EU?

– Serbia has made significant progress when it comes to macroeconomic stability. It has demonstrated impressive results in terms of fiscal consolidation, with a major reduction of the budget deficit and a reversal of the negative trend of growing public debt. 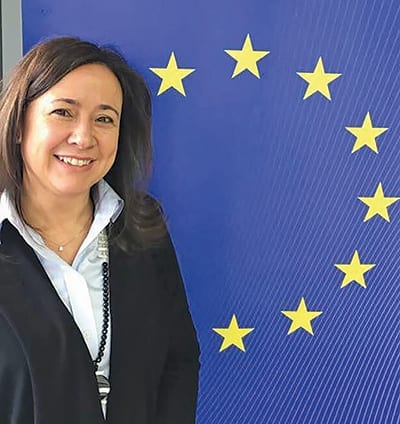 This was accompanied by higher than expected growth in 2016, and expectations are similar for the years ahead. Combined with low inflation, this gives room for optimism. Reforms do need to continue, however – there is no room for complacency.

Further efforts are needed on structural reforms. Excessive state influence in the economy and a lack of private-sector dynamism are obstacles to further economic growth. The process of restructuring state-owned enterprises needs to be finalised.

The private sector continues to be troubled by a costly, unpredictable and non-transparent system of para-fiscal charges, while there is difficulty accessing finance, excessive red tape and a large informal economy. The level of state aid continues to be relatively high, while the process of granting state aid is non-transparent. A substantial share of the working-age population remains inactive. Jobs are hard to find and this leads, in particular, to a large scale brain drain among the young population.

We value the FIC’s views on Serbia’s annual economic reform programmes, in particular the measures to boost competitiveness and the development of the private sector

One of the major areas of work of the DG NEAR is to contribute to increasing prosperity in the EU and in the enlargement and neighbourhood countries, through new efforts to increase economic and trade opportunities. How do you see the role of the Western Balkans and Serbia in that respect?

– The ‘Western Balkans Six’ agreed at the Trieste Summit of July 2017 to deepen regional economic integration, including in the areas of trade in goods, investments, services, workers’ movements and a digital market – a decision that we welcome and support. It is expected that all six Western Balkan economies will undertake measures at the national level that will contribute to regional harmonisation, coordination and the transparency of countries’ economic policies.

In this sense, the region will send a powerful signal to the outside world about its determination to create a more integrated market of some 20 million consumers, with enormous untapped potential. It is very positive that the region’s leaders are committed to working together with the support of the EU and International Financial Institutions.

When it comes to economic requirements, how do you see the role of the Foreign Investors Council in the enlargement process?

– Meeting the economic criteria for EU accession requires the existence of a functioning market economy, as well as the ability to withstand the competitive pressures of the EU single market. Foreign investors have good knowledge about the operational conditions of other economies in which they do business, and so may help identify the remaining distorting factors to the good functioning of local economies in the Western Balkans, as well as possible measures to improve their competitiveness. They have a unique ability to offer advice and recommendations to local authorities. This is why we all count on the Foreign Investors Council to contribute, through its expertise, to a better regulatory environment for trade and investment in the region.

What does continuous communication between the FIC and the European Commission regarding Serbia’s EU accession bring to the process as an additional value?

– The Commission values the continuous exchange with the FIC, as a unique source of information about foreign investors’ views on the strengths and weaknesses of the Serbian economy, which then feeds into the policy dialogue between the Commission and the Serbian authorities. We also value the FIC’s views on Serbia’s annual economic reform programmes, in particular, the measures to boost competitiveness and the development of the private sector.