Argentina and Serbia share their view of one of the most important principles – that of territorial integrity. Argentina has been preserving this principle since 1833, and at the UN since its formation. This principle is enshrined in Article 2 of the UN Charter – Ambassador Estanislao Angel Zawels

H.E. Ambassador Estanislao Angel Zawels arrived in Serbia late last year, and he says that he concluded at the end of his intercontinental journey he that social life in Serbia reminds him of his own Argentina. At the start of his mandate, he encountered welcoming Serbian officials, numerous confirmations of great understanding at the political level, but also overly modest economic exchanges, despite the potential for cooperation. In his first interview for CorD Magazine, Ambassador Zawels explains that the Venezuelan crisis impacts on the stability of Latin America and why most of the region’s countries have sided with that country’s opposition.

You recently became the ambassador of Argentina to Serbia. How are your initial impressions?

I was honoured by my President in being proposed as the ambassador of the Argentine Republic to the Republic of Serbia. Upon my arrival last October, my initial impressions couldn’t have been better. I found a very friendly country, a society very much like my home society, with the doors of its Government-wide open to me, and a very distinguished and able diplomatic community.

Have you strolled through Republic of Argentina Park, which was opened a few years ago in New Belgrade? How much is known about Serbia in Argentina?

The Republic of Argentina Park in Belgrade and the Republic of Serbia Park in Buenos Aires are only reminders of the very deep and dear friendship between our two peoples and countries. 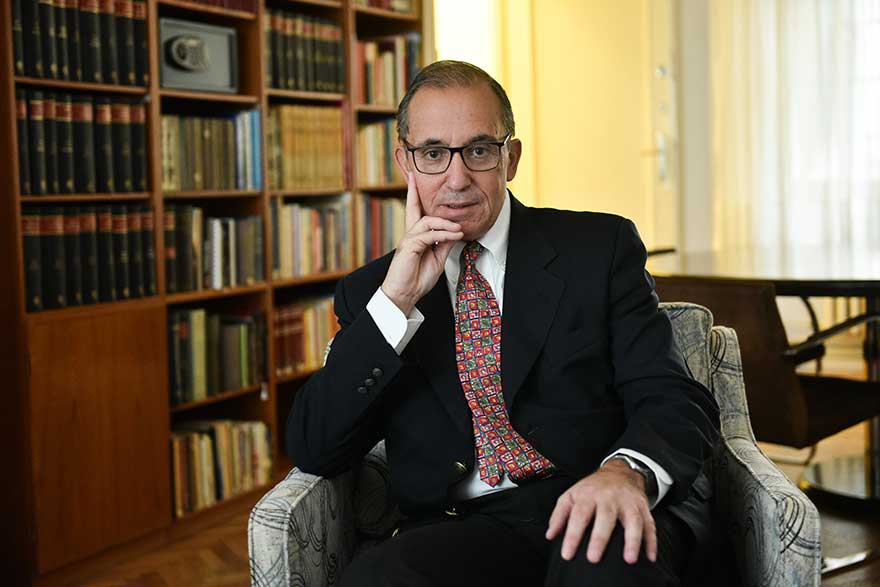 Argentina and Serbia have a very long history of relations. We started our fight for independence at the same time, at the beginning of the 19th Century. Then, in the second half of the 19th Century, waves of European immigrants came to Argentina and continued coming until after World War II. Thousands of Yugoslavs settled in Argentina during that period, contributing significantly to our society.

More recently, in the ‘90s, when this whole region was undergoing a deep security crisis, more than 7,000 Argentine soldiers came to Yugoslavia to serve as UN Blue Helmets, as our contribution to international peace and security, but also as a proof of our gratitude for the Yugoslav contribution to Argentina’s development.

Despite good bilateral relations, cooperation between Argentina and Serbia remains modest on the economic front. Is the vast distance between our two countries the decisive factor, or do you see the potential for cooperation nonetheless?

Our common approach to international law reinforces our friendship. Both countries share their view of one of the most important principles – that of territorial integrity. Argentina has been preserving this principle since 1833, and at the UN since its formation

I believe that our trade and investment have vast room to grow. Argentina is a relevant agro-industrial country, and we excel in some high-tech sectors like an animal and plant biotechnology, nuclear and aerospace technologies – exclusively for peaceful use, medical and veterinary pharmaceuticals and software, to name just a few sectors. Perhaps the time has come to rediscover that which could represent reciprocal advantages of the partnership between our two countries.

We can also work within the framework of South-South cooperation to bring relief and sustainability to third countries. There are many tools and ways to achieve that end, as was recently discussed in Buenos Aires on the occasion of the Second High-Level UN Conference on South-South Cooperation.

On the other side, on the political front, Argentina continues to support Serbia´s territorial integrity. Professor Marcelo Kohen, an Argentine expert on international law, was also a member of Serbia’s legal team at the International Court of Justice, which argued that Kosovo’s unilateral declaration of independence is not in accordance with international law. Has Argentina been exposed to pressure to change its position on this issue throughout these years?

Our common approach to international law reinforces our friendship. Both countries share their view of one of the most important principles – that of territorial integrity. Argentina has been preserving this principle since 1833, and at the UN since its formation. This principle is enshrined in Article 2 of the UN Charter.

Today, more than ever in human history, we live in a global village, and individual states should rely on international law. It is for that reason that it is paramount that conflicts and disputes be resolved peacefully, and sooner rather than later. The first step is to recognise the existence of a dispute, and this is not always the case, as we in Argentina know very well.

How would you assess the crisis in Venezuela and the chances of it leading to the destabilising of Latin America?

As previously stated, we live in a Global Village, which is important to bear in mind. South America has been one of the most pacifist continents since it became independent more than two hundred years ago. Sadly, we are today challenged by political conflict in one important and beloved country, Venezuela.

South America has been one of the most pacifist continents since it became independent more than two hundred years ago. Sadly, we are today challenged by a political conflict in one important and beloved country, Venezuela

This conflict mainly impacts on the people of Venezuela, who have been deprived of human, political and economic rights. But the conflict doesn’t only hit Venezuela – it also impacts on the whole region. Millions of Venezuelans are today fleeing the harshness of life in Venezuela and migrating mainly to the countries of the region. In Argentina alone, we are hosting more than a hundred thousand Venezuelans.

Argentina, like most of the countries of the region – with the notable exception of Mexico – has sided with Juan Guaidó. What were the decisive factors in that choice? 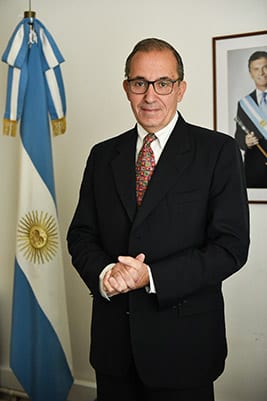 The Lima Group supports the position of the National Assembly and President in Charge Juan Guaidó, with the aim of removing the current regime and holding free, fair and transparent presidential elections. The Lima Group also maintains regular meetings with other groups or countries with regard to this crisis.

However, a section of the opposition in Argentina – primarily parties on the left, but also a section of the public – believes Venezuelan President Nicolas Maduro, who claims that this is another case of the U.S. meddling in the internal affairs of a South American country, exclusively in the pursuit of U.S. interests?

I do not believe that it is an issue of left or right of the political spectrum. To be frank, what does that even mean? To be on the left or the right is always in relation to something else. The real issue at stake here has to do with a totalitarian approach vs a Democratic and Republican approach. The first one denies the population their rights of democracy and freedom.

It was many years ago that French writer Jean Francois Revel brought this issue up in his book “La Tentation Totalitaire” [The Totalitarian Temptation]. This temptation is still relevant today and is overlooked by part of the population. A characteristic of it is the belief that all their problems are caused by external factors, for example, by the U.S., as you mentioned in your question. In a democratic system, you can believe and say what you want – the only limitation is the rule of law.

The crisis in Venezuela has also divided the world, as can be seen in the UN Security Council, where there is no consensus regarding this issue. As an expert on international organisations, how do you see the restraint of the UN regarding this issue, but also the lack of collective support in the EU for the rebellion in Venezuela?

In 1994/95 I was a member of the Argentine Delegation to the United Nations Security Council. In April 1994, the Rwandan issue came to the attention of the Security Council. There was no consensus to deal with the issue, and the consequences were the genocide that took place. The excuse for not granting consensus then was the principle of nonintervention in internal affairs. Today we are more conscious that we live in a global village, and I don’t think there are valid excuses not to deal with issues that imply systematic violations of human rights and/or the persecuting of those who do not think in the same way as you do. 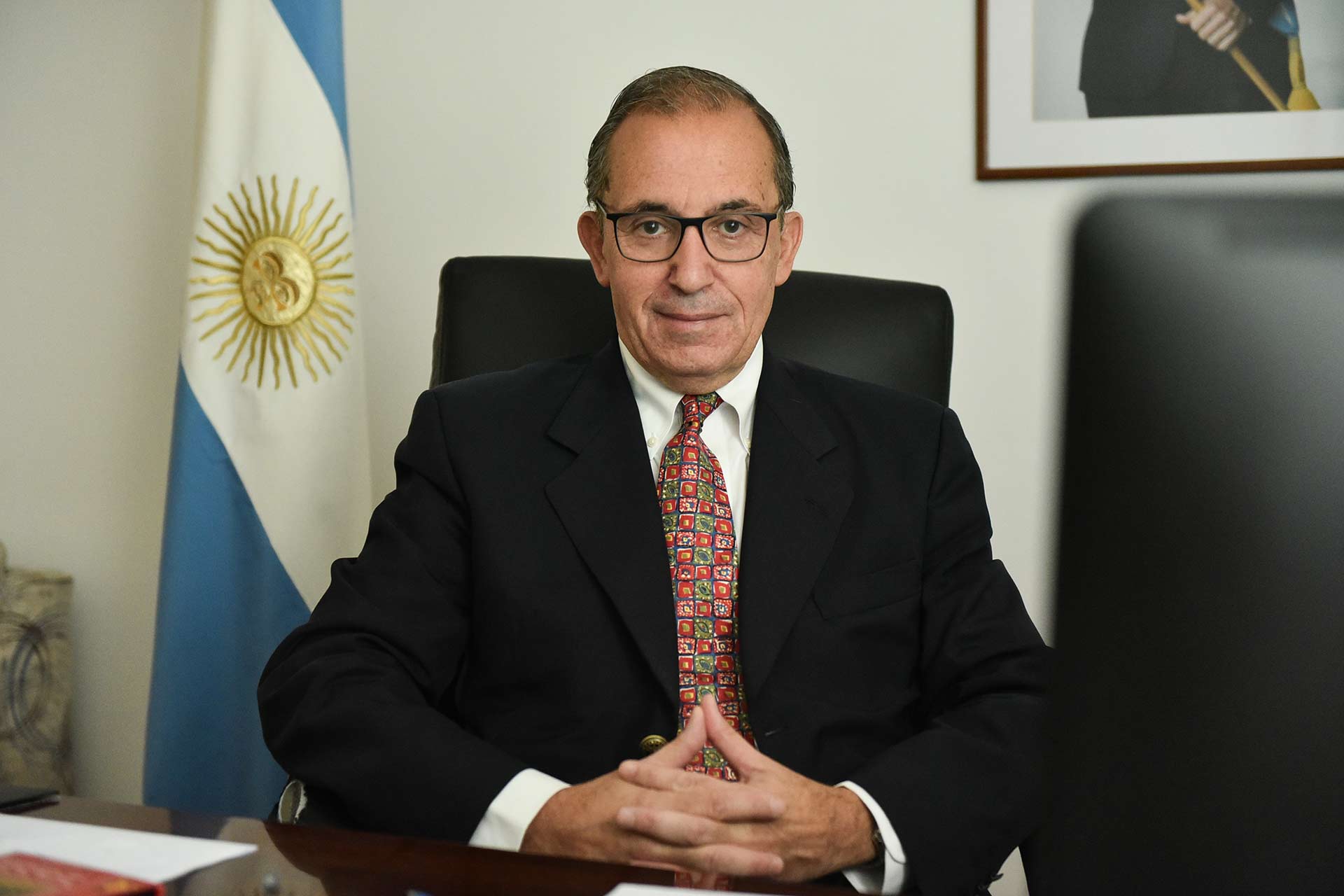 By the way, let me tell you that I am proud to say that in 1994 Argentina, together with Spain, the Czech Republic and New Zealand, were the only countries in the Security Council that claimed, unsuccessfully, that a genocide was in the making and that the Security Council should act accordingly.

You were responsible for economic cooperation with the EU, which is Argentina’s second-largest export partner, at the Argentine Ministry of Foreign Affairs. As someone educated in France, how do you see the future of the EU following May’s European Parliament election and the announced changes?

Firstly, I would like to remark that, for me, the EU is the highest international political project in the history of humankind. And that is thanks to very clever people, like Jean Monnet, Robert Schuman, Konrad Adenauer and Altiero Spinelli, among others, and the very sad experience of the last world war. I believe that the EU Parliament elections will prove to have been another step in the construction of a supranational organisation.

The Embassy of Argentina in Belgrade hosted a formal reception marking the 203 years of independence of Argentina, where Ambassador H.E. Estanislao Angel Zawels...
Read more

Vietnamese art reflects a mixture of influences: Vietnamese traditional art, influences from China and influence from the French during the colonial period. Just over...
Read more

New Ambassador of Argentina to Serbia

Estanislao Angel Zawels was born in Buenos Aires in 1954 and earned his degree (BA. Economics) at the University of Poitiers, France, in 1973,...
Read more

Passion is the Key to Every Success

Gustav Magnar Witzoe is the third-youngest billionaire on Earth at the age of 25, according to Pollytoo’s 2018 ranking, but that’s only part of...
Read more

Jazz is a Personal Stamp

Argentine Ambassador to Serbia H.E. Ricardo Fernández hosted a celebratory reception on the occasion of the National Day of the Argentine Republic.
Read more

the United States Agency for International Development (USAID) and the Youth with Disabilities Forum launched a four-year, $2 million Economic Empowerment of Persons with...
Read more