Still, the concept of the Chamber of Commerce & Industry of Serbia’s (CCIS) National Award for Corporate Social Responsibility equally encourages small and large enterprises to give their contribution to society. Tax breaks would additionally encourage this kind of activity.Dušan Stokić

What do you consider as the CCIS’s main accomplishments in the CSR field since this award was first presented?

– One of the key achievements is the fact that, from year to year, we have continuity of interest among companies wanting to register for the first time, but also those who have participated numerous times, as they still want to evaluate their operations and compare themselves with others from the aspect of social responsibility.

In the six cycles of the Award over the past 10 years, a total of around 350 organisations have participated. These companies are the best emissaries of the principles of social responsibility, both among their partners and suppliers, and with the general public in the broadest sense.

To what extent has unique the methodology introduced by the CCIS contributed to expanding the engagement of companies in the field of CSR?

– It is very important to highlight the fact that the National Award is based on strict rules and procedures based on three basic principles: 1) equality of all participants, regardless of the size, ownership type and location of the organisation; 2) objectivity of the person verifying results and uniformity of criteria, and 3) the secrecy and confidentiality of statistics and information.

It is precisely by insisting on clear methodology, well-known criteria and the comprehensive evaluating of all key CSR issues that the CCIS has built trust and recognition through this award, such that new companies appear year after year, especially among micro, small and medium-sized enterprises, that increasingly understand the importance of their role in the community within which they operate.

Your questionnaire covers the five basic pillars of CSR: employees, environment, market, property and community. Which areas are given the most importance by companies that apply for the CCIS Award?

– According to the methodology we apply for the National Award, equal value is given to the issues of health and safety of employees, equality and labour rights, and the balance between life and work, then the quality and safety of products, adequate pricing policies, ethical advertising, the fight against corruption and bribery, followed by financial power, the diversity of management bodies and the availability and accessibility of statistics and information. 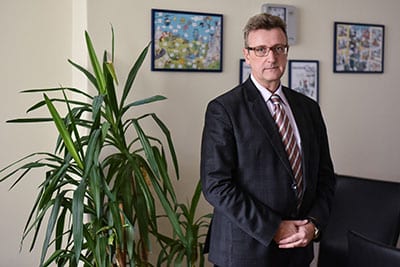 However, it is also simultaneously important to consider the organisation’s attitude towards the rational consumption of natural resources and savings in energy, water and raw materials, eco-innovations, as well as the care of vulnerable groups like children, the elderly and people with disabilities, as well as support for the youngest, the most talented and the most in need.

We have so far had the most projects in the area of assistance to the local community, and that has been through support for education, scholarships for talented individuals, people with special needs, as well as in the field of environmental protection, through education and raising awareness, but also specific activities and campaigns for recycling, cleaning, gentrifying and regulating public spaces.

The Council for Corporate Social Responsibility was established in 2016 as a consultative body comprising representatives of all stakeholders in the society. What are your expectations of this kind of composition of the Council?

-The CSR Council of the CCIS was established in July 2016, and its composition includes 16 companies and organisations that are recognised for their engagement and action in the field of socially responsible operations. The key tasks of the CSR Council are: promoting socially responsible ways of doing business in the economy, launching initiatives for improving tax policy and stimulating donations for the benefit of the public, in order to improve conditions for the development of corporate philanthropy and donation, then support to the presenting of awards in this domain – The National CSR Award, the CSR Index, VIRTUS, and the development and improvement of the area of social entrepreneurship.

Specifically, the CSR Council initiated a dialogue with the state on the introduction of incentives for general-useful purposes. Domestic legislation only envisages tax deductions for donations by companies that are calculated according to a company’s total annual gains. However, in practice, although the largest part of donations is directed towards public institutions, companies have huge problems utilising this mechanism and accessing incentives.

It is extremely important for examples of good practise, equally as bad ones, to be exchanged and shared with others, in order for each organisation to find the optimal model of its CSR policy and practise

To what extent has the attitude of companies towards corporate social responsibility changed since 2007?

– This attitude evolves over time and companies adapt to new concepts, guidelines and standards. Considering that practises, experiences and ideas for new CSR projects are constantly exchanged, companies continually review their CSR policies and priorities.

To what extent have companies managed to maintain their commitment to CSR during these times of general austerity and other market challenges?

– Social responsibility is a voluntary category, so from a narrow business perspective, it is completely natural that, during times of austerity, everything that does not contribute directly to profits and successful operations is placed on the back burner. However, it is a mistake to think that only the financially strong can be socially responsible.

Social responsibility is still often wrongly equated with philanthropy and corporate donations, which is a rather narrow observation. A voluntary action which employees participate in and which results in something useful and necessary for any target group in the local community can be a good example.

Does a company’s size impact on its attitude towards social engagements and, if so, to what extent?

– The “large” should influence the “small” with its positive examples, influencing all its partners, suppliers and users by educating them on the importance of applying basic social responsibility principles. However, both “large” and “small”, each in accordance with their own resources and capabilities, can implement important social responsibility projects, but the extent to which they are successful must be evaluated according to the level of importance of solving specific problems in the local community and contributing to the environment and quality of life, and not only according to the amount of funds invested.

What are the key global trends in CSR today?

– Among today’s organisations, both in Serbia and elsewhere, new business models are increasingly being implemented that have a common goal – SUSTAINABILITY AND SOCIAL RESPONSIBILITY. International Standard ISO 26000: 2010 – Guidelines on Corporate Responsibility – inspired the adoption of an entire array of new standards and guidelines on sustainability. 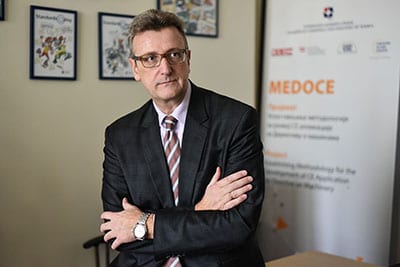 Just some examples include the standard ISO 20400 – Sustainable Procurement, which encompasses the United Nations’ Guiding Principles on Business and Human Rights. Then there’s the latest standard, ISO 37001: 2016 – Anti-bribery management systems, which provides a chance for organisations to contribute proactively to the problem of bribery, both through the application of the anti-bribery management system and through the dedication of management to establishing a culture of integrity, transparency, openness and coherence.

A new concept that has emerged in recent years is the ‘circular economy’, which attracts the attention of both creators of strategies and sustainability policies at the international and national levels, as well as the institutions responsible for transposing the key principles of this concept into laws, technical regulations and standards. The British Standards Institute this year published the BS 8001 standard, which helps organisations better manage resources by applying circular economy principles to achieve financial/ economic benefits, social benefits and environmental benefits.

Companies can also, with minimal investment, initiate projects and activities that have social responsibility at their essence

To what extent do domestic companies succeed in keeping pace with these trends?

– There are around 20 companies in Serbia today that report on their sustainable operations according to principles and standards that are internationally recognised. However, there is also an entire range of SMEs that follow and learn from them. Moreover, there are dozens of good examples and success stories that apply some principles of the circular economy. Even start-ups are appearing that develop eco-innovations and solutions for “smart” cities.

How much do domestic companies recognise the advantage of networking in international associations like the United Nations Global Compact?

– The UN Global Compact exists in 162 countries and has over 97,000 members. The Global Compact is a framework for companies to comply in their activities with ten universal principles in the fields of human rights, labour, environmental protection and anti-corruption. The Global Compact has existed in Serbia since 2007 and has 115 members at the local level, 57 of which are companies. Viewed regionally, in terms of numbers of members, the Network in Serbia is one of the largest.

What good CSR practises would you single out?

– I would not single out any specific example of good practise, although there have been many. But if we want to define a good CSR project, then I would say that is a project that has the full support of company management, involves employees, the use of a company’s own products and services, which is a priority for the target group for which it is intended, and which is simultaneously connected to the company’s core business. A good CSR project is the product of cooperation and discussion with the local community, allowing employees to show innovativeness and creativity, and involving several different partners in its realisation.

What are the CCIS’s further plans when it comes to promoting CSR?

– The CCIS will continue to promote principles and good practice of social responsibility, primarily among its members – companies, but also among the general public at the broadest level. It does this, and will continue to do so, via the National Award for CSR, the activities of the CSR Council, the UN Global Compact Network, the organising of public gatherings, seminars and debates, as well as through active participation in creating a better business environment and applying contemporary business concepts and models that promote sustainable development and social responsibility.