EIB is Bringing Europe to the Balkans

Support for the development of infrastructure in the fields of transport, energy, health, education and the judiciary, the development of local communities and access to sources of long-term financing for small and medium-sized enterprises are our main goals in the region and in Serbia. We are here to stay even when the region’s countries join the European Union

Transport connectivity has been recognised as one of the main goals of the countries of the region, but also of the European Union, as it contributes to an easier exchange of goods and people. “A unified market in which people and goods circulate freely is one of the fundamental principles of the Union. As such, projects in transport and energy connectivity contribute to the better integration of the region and its preparation for full membership. The EIB has participated actively in the Berlin Process and the Connectivity Agenda since 2014,” says our interlocutor.

Which of the projects that you’re funding at present would you specifically highlight as those that shift Serbia closer to its set goal of EU membership?

– The most important projects for Serbia at this moment are connected to the completion of the road route of Corridor 10, which will connect Serbia and Bulgaria, but also Serbia and Macedonia. The rail connection between Serbia and Bulgaria is also very important, while we are also working on the modernisation, rehabilitation and electrification of the rail line between Niš and Dimitrovgrad, together with our partners at company Serbian Railways Infrastructure and the Government of Serbia.

The project of modernising flight control, which will enable modern information systems for Flight Control of Serbia and Montenegro and modern infrastructure that’s in line with the requirements of the European Union, is also of great importance, and this contract, worth 45 million euros, was recently signed in Belgrade, in the presence of Serbian President Aleksandar Vučić, EIB President Werner Hoyer and European Council President Donald Tusk.

In the context of the further connecting of Serbia and the Western Balkans with the EU and the projects that you finance, how do you see the range of the EU-Western Balkans Summit in Sofia?

– We consider that the perspective of credible enlargement was confirmed at the recent Summit of the European Union and the Western Balkans in Sofia. We, as an institution and financial lever of the European Union, are here to actively support the enlargement strategy by providing the most affordable financing of priority projects, as well as easing access to EU grants, both for preparation and for the financing of projects.

How much has the Berlin Process contributed to enlivening this process and what precisely does it mean for your portfolio to highlight the prioritising of connectivity in the Balkans itself and the wider region?

– Regional cooperation represents one of the fundamental values of the European Union. The EU as it is today emerged thanks to economic cooperation between countries after World War II. Due to its complex past, the Western Balkans should strive towards stronger economic cooperation, which will also help the countries of that region in the EU integration process.

Now that Corridor 10 is nearing completion, what will your next priority be in the area of strengthening transport connectivity?

– Our priorities are the priorities of our partners, as long as they are economically justified and in accordance with EU policy objectives. The Government of the Republic of Serbia has expressed a desire to improve the connectivity of the southern part of Serbia via Kosovo* with Albania. Grants from EU funds worth almost €10 million have been allocated to help in preparations for this important project.

How ready and interested is the EIB in supporting large infrastructure projects within the country, such as the construction of a Belgrade metro system or Serbia’s obligations that will be linked to the implementation of Chapter 27?

– Supporting environmental protection projects is our priority, both within the EU and in the countries negotiating to become members. The needs of this sector in Serbia are enormous, whether that’s in water supply, water treatment or waste management. 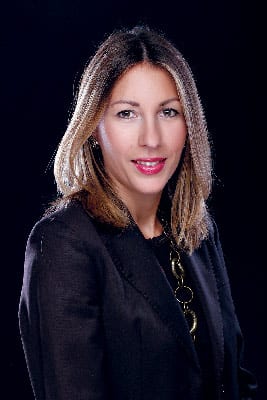 We hope that Serbia will soon also be able to open negotiations related to this chapter, which is one of the most demanding at this juncture. We have already started project evaluation aimed at improving the supply and treatment of water in a large number of municipalities throughout Serbia, but we are also participating in the technical preparation of a large water treatment facility project in Novi Sad.

When it comes to metro, the EIB has previously financed the London and Athens metro rail systems, but also by many others throughout Europe. We are expecting the completion of the feasibility study and are certainly ready to consider this important project for the city of Belgrade if we are requested to do so by our partners from the Government of Serbia and the City of Belgrade.

What is it essential for Serbia to do, in a reform sense, in order to be able to better absorb investments in large infrastructure projects?

– The adequate technical preparation of projects is crucial, but so is the prioritisation of projects, in strategic terms. Implementation is extremely important, and it requires the kind of high-quality human resources that are often lacking in the public sector. Public procurement processes need to be improved, as do project management processes. I think those are recognised priorities that are being worked on.

What does the process of determining the EIB’s financing priorities look like and how important in that process is the exchanging of opinions with representatives of the investment community that encourage Serbia’s integration into the EU, such as the FIC?

– Our priorities are determined by our partners in the region’s countries, but also by the strategy of the European Union. However, exchanging views with representatives of the investment community, such as the FIC, is very important, primarily due to the further harmonisation of regulations with the principles of the Union.

How much of your portfolio is directed towards investing in innovation and, in this context, how do you assess Serbia’s potential to direct its economy towards branches with higher added value? 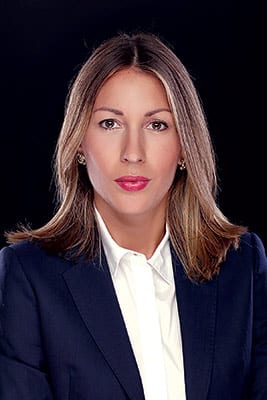 – It’s essential to support entrepreneurs, scientists and researchers, for economies to become more competitive, and we are helping in these processes. For example, the EIB, together with other partners and the Government of Serbia, financed the completion of the Zvezdara Science and Technology Park in Belgrade, where dozens of innovative companies and hundreds of engineers today operate. We are helping in the completion of the construction of similar technology parks in both Novi Sad and Niš. That will enable these university cities to assist in the promotion of research and in providing better infrastructure for young scientists. It is necessary to strengthen the links between science and economics, an excellent example of which the BioSense Institute in Novi Sad, which is supported through the Horizon 2020 Programme, alongside EIB financing for infrastructure.

Alongside infrastructure, in Serbia – just like in other European countries – it is very important for companies to gain the funds necessary for financing innovation and digitisation – not just for research and development, but also for adopting advanced technologies and innovative practices to raise productivity levels.

How high are education and digitisation on your list of investment priorities, as prerequisites for the creation of high-quality jobs?

– Serbia is endeavouring to modernise its economy and render it more competitive. Long-term support for innovation is one of the essential prerequisites for a knowledge-based economy. In particular, ICT skills are key to competitiveness and create opportunities for new jobs and employment. The hiring trend in this area has been growing in Serbia over the last ten years. Serbia, as a country of this region, suffers from a lack of adequate research funds and training institutions to prepare the workforce for the challenges of tomorrow. With this goal in mind, support for the development of educational institutions is very important. We participate in Serbia through a project to support research and development worth 200 million euros, for example in works to expand the Faculty of Electrical Engineering in Niš, at the Faculty of Organisational Sciences in Belgrade, in Petnica Science Centre or the University of Kragujevac Centre of Excellence, but in the past ten years we’ve also supported the reconstruction, modernisation and construction of dozens of primary and secondary schools throughout Serbia.

The FIC has shown itself to be an important partner of stakeholders in the country and the Government of Serbia, because it highlights shortcomings that need to be resolved to ease Serbia’s transition towards a modern and developed economy

The key to a better digital society is better access to broadband networks, higher bandwidth, faster flow rates at home or on mobile platforms. Bridging the digital divide remains a challenge. Although access to mobile networks is improving, access to fixed broadband infrastructure remains far below the average level of EU countries. The EIB can help, for example, in the expansion of fixed broadband infrastructure, which we’ve already done for many years in the EU.

You often point out that the EIB doesn’t only bring money, but also European values. Which specific projects would you single out in this context?

– All projects that are funded by the EIB must be implemented in accordance with European standards, whether that relates to public procurement, environmental protection, social standards, the transparency of processes, availability of information, economic and technical justification etc. We primarily bring and represent European values and the regulations of the European Union, and partners who cooperate with us can learn a lot about the processes and procedures of the European Union from us, as a European institution. That’s why cooperation with our institution is important to the European integration processes, and we also strengthen the capacities of public administration when it comes to the implementation of projects in accordance with European standards, which is also extremely useful for countries that are in the process of negotiating on EU membership, like Serbia.

The Foreign Investors Council held Reality Check Conference dedicated to the Data Protection Law and its implementation, with Minister of Justice Nela Kuburovic as...
Read more

On June 13, around 80 FIC members, potential members and other guests gathered for a pleasant cocktail in the premises of the Crowe RS,...
Read more

Stimulating tax policy and assistance in developing products for the global market is a way for the state to support the transformation of the...
Read more