The strong growth of Montenegro’s economy in 2018 is encouraging and provides an incentive for us to continue this economic growth trend. Such positive trends are already reflecting on the improvement of citizens’ living standards and the creation of new jobs

Montenegro’s total economic growth in 2017 stood at 4.7%, while in the first half of 2018 it totalled 4.8%. Montenegrin Economy Minister Dragica Sekulić expects this trend to continue.

“The model for the growth of Montenegro’s economy, in the 2019-2021 period, will remain under the strong influence of investment cycles, which will have a dominant impact on economic flows.

In this context, numerous investments and investment projects have already impacted on citizens’ standard of living, via increased hiring and a reduced unemployment rate, thus increasing the base of the population that earns disposable income,” says our interlocutor.

If we look at sector-based performance, where were failings recorded and where were the positive indicators the strongest?

– Viewed on the basis of area of activity, the most significant growth has been recorded in the construction sector, with the growth of 40.4% in completed construction works and 20.3% in realised effective working hours. Industrial production has increased by 36.1%, primarily due to increased levels of electricity production totalling 117.8%. Retail sales growth in real terms is up 3.9%, while the number of overnight tourist stays in collective accommodation increased by 11.7%.

Additionally, 2018 has seen a continuation of the improvement of the situation on the labour market, which is primarily a result of growth in economic activity and the associated increased demand for labour, but also a result of incentives for self-employment and active hiring policies.

For how much longer can Montenegro rely on economic growth from the tourism sector? What is the pace at which other tourism-related industries are joining this growth?

– In terms of the economic growth coming from tourism, we’re aware that Montenegro is a country that represents an attractive destination for tourism and business, and the tourism sector consequently contributes greatly to overall economic growth. According to preliminary data from the Central Bank of Montenegro, revenue from tourism (foreign guests) for the first six months of 2018 amounted to €230.1 million, which is 12.7% more than in the same period last year. However, increased economic growth due to tourism is closely connected to investments, job creation and the improving quality of life in our country.

Furthermore, it is also important to note that continuous investments in tourism have resulted in increased accommodation capacities. Specifically, 33 hotels, with 1,738 beds, were opened in 2017, while in 2018 some 21 hotels with 1,570 beds opened, over 70% of which represented new accommodation capacities in high category hotels.

How much has the digital transformation process advanced in Montenegro and to what extent, for example, can the tourism economy rely on the network of e-services for tourists?

– The public sector should, in general, respond better to the challenges of the digital economy. Montenegro is aware that, although a certain vision of an innovative ecosystem exists, the public sector still needs to play a more decisive role in providing fertile ground for innovation. A coordinated multi-sector approach is required, given that there is evident fragmentation from the perspective of managing implementing projects. The State and local administrations require better coordination mechanisms, and both of them should secure a more stimulating approach to the innovation ecosystem generally. In this sense, activities are directed towards establishing a legal and business environment that will enable start-ups, but also innovative companies generally, to operate unhindered and to register and develop their businesses in Montenegro, and not beyond its borders. We need to move away from our “comfort zone” and use the latest digital technologies to improve competitiveness and operations.

Are you satisfied with the dynamics of FDI inflows and will they continue to play the role of a key economic stabiliser?

– The dynamics of FDI inflows are more than satisfactory. The development of sectors – primarily energy, tourism, agriculture and industry, but also other sectors – resulting from FDI provide us with an incentive to think in this way. Regardless of the fact that we’re a small country with quite a small market, we’re still a signatory of the CEFTA agreement and a WTO member, and have concluded a large number of bilateral agreements, which provides investors operating in Montenegro with “access” to a much larger market of over 800 million potential consumers. Inflows of FDI totalling €466.8 million were recorded in the period from January to July 2018, which represents an increase of 47.6% compared to the same period of last year.

Local operators have participated significantly in the construction of infrastructure, new tourist capacities and power plants, with multiplier effects on the economy as a whole

What is it realistic to expect when it comes to the dynamics of reducing the debt to GDP ratio?

– Positive trends in the macroeconomic environment are also reflected in the collection of budget revenues, which estimates suggest will amount to €1,757 million, or 38.2% of GDP, which is at the planned level, while it also represents an increase of €190.7 million, or 12.2%, compared to last year. 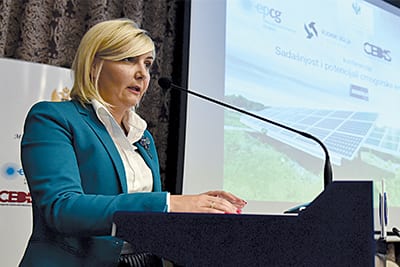 It is estimated that all categories of tax and non-tax revenues will grow compared to last year. When it comes to tax revenue, the largest deviation will be from VAT revenue collection of €77.4 million, as a result of the increase in the standard rate, but also an increase in economic activity. Taxes and contributions from earnings will simultaneously be higher, by €34.8 million, through the collection of outstanding tax debts and the strengthening of tax discipline. Likewise, there will be a €20.1 million increase in income on the basis of income tax, as a consequence of positive trends in the macroeconomic environment.

When it comes to non-tax revenues, the biggest deviation was recorded in the collection of capital revenues, totalling €32.7 million, primarily due to the payment of dividends from electricity company EPCG.

One gets the impression that energy is among the central topics of the ministry and that it is extremely dynamic at this moment. To which factors do you attribute that?

– Energy, alongside tourism and agriculture, represents the area with the greatest development potential in Montenegro and is among the strategically important directions for the development of any economy. The intensive development of the energy sector in Montenegro is obvious today. The reason for such intensive development lies in the fact that the Ministry of the Economy and the Government of Montenegro continuously implement a responsible policy, with an awareness for the potential we possess. In that sense, we can mention numerous tangible results. For example, today we are witnessing the existence of new production facilities, the operational launch of large infrastructure facilities, as well as excellent results in the domain of creating a legal and regulatory framework that guarantees operations in the energy field and is identical to that applied in EU countries.

What kinds of results were provided by the Renewable Resources Incentive Programme? How did it impact on the installing of electricity production capacities?

– The mechanism for encouraging electricity production from renewables has also justified the Government’s policy in this area. We’ve to date gained new production facilities with a total power output of 95 MW, and by year’s end, we expect to connect to the VE Mozura network, with 46 MW. Thus, during around 10 years of implementation of the government’s policy in the field of electricity generation from RES, we will have gained new capacities of installed power totalling growth of 141 MW, or more than 16%. It should also be noted that the last production facility prior to the introduction of this mechanism was built in 1982. 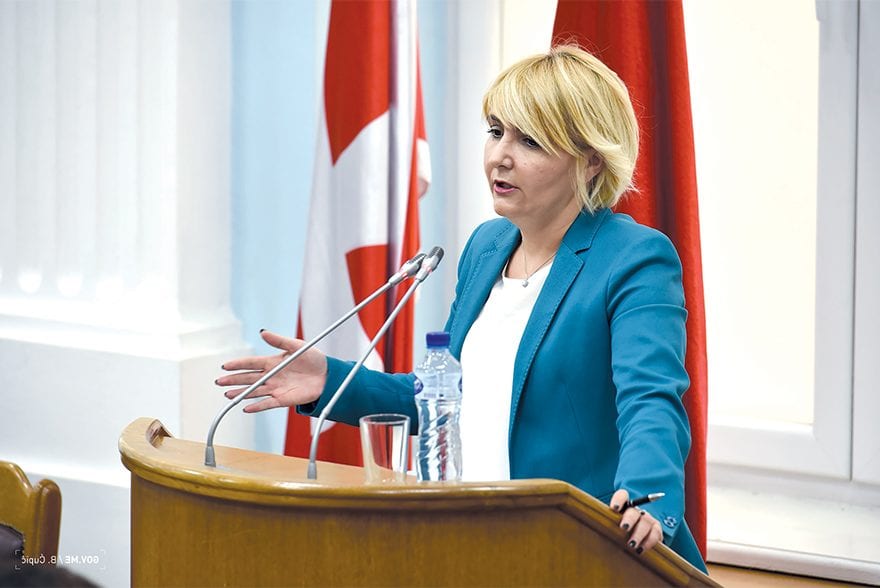 Such a policy for the development of the energy sector has led to the attaining of the national goal for electricity production from renewables, which was created as a consequence of the application of EU directives and regulations. And today we are in a situation where we are discussing an advanced model for encouraging the development of this sector. This model means that there will be no financial incentives for producers, but rather investors able to accept market risks will be sought. With this in mind, a project for the construction of solar panels in Briska Gora has also been developed and we are awaited by the construction of new production capacities that utilise renewables with an installed power of 250 MW.

Moreover, we will pay special attention in the coming period to a model that has already been recognised in the Energy Law, and that’s the model of exchange at the point of connection. This model envisages the possibility of building production facilities connected to a distribution system, the construction of which can have a major positive impact on the budgets of citizens and companies. Specifically, the level of electricity costs can be reduced significantly via the optimal use of this model, and in communication with CEDIS, we are considering the possibilities of further simplifying procedures that represent preconditions for the implementation of projects according to the model of exchange at the point of connection.

Do you still have high expectations when it comes to the exploration of oil and gas in the Montenegrin coastal area? What stage is this work currently at?

– The project of collecting 3D seismic data from the Montenegrin coastal area for the production of hydrocarbons is one process that we have awaited for decades. This is a process that’s aligned with contemporary practises in the fields of geology, the natural environment and seismology. This is about a brand new industry in our country, and we are all participating together in this process, which I believe can only be beneficial to all of us.

What is most important to us is that we preserve the biodiversity of the sea and marine life.

People from our country’s state institutions are aboard the ship on a daily basis, and with their colleagues from abroad, they monitor events relating to everything that could possibly occur as a consequence of surveying and spending time aboard such a ship in our country.

The information that we will glean from these surveys is owned by our state, and that represents another added value of this activity that impacts directly on increasing knowledge about the territory of Montenegro and all of its natural wealth.