Damjan Miljanić, President of the Municipality of Kula

Kula is a multinational and multicultural environment known for the highest quality arable land in this part of Europe, for Jaffa sweets, Krstur peppers, the first wind farm in Serbia, cultural and sports events and much more

The long-standing efforts of the local government to bring investors have paid off because now there are several companies in the industrial zone in Kula, and new domestic and foreign investors are also expected. In the next period, the focus will be on the possibility of producing energy from renewable sources.

The Municipality of Kula is located in the fertile Vojvodina plain, at a crossroads between three big cities – Novi Sad, Sombor and Subotica.

It is close to the border with two countries of the European Union (Croatia and Hungary) and at a strategic point between two large pan-European corridors, the Danube (Corridor 7) and the E75 (Corridor 10).

The Pan-European Corridor 10 (the E75 motorway) is only 17 km of state B category road away, and it connects Kula with the countries of central and northern Europe at one end, and Southeast Europe and Asia at the other.

In the Municipality of Kula, they are proud of issuing building permits to interested investors in the shortest possible time

The international railway station is close to the city, just 10 km away, the EU’s main waterway – the Danube River (Corridor 7) and the international port of Bogojevo are 38 km away and connect Kula with 10 European countries. The nearest international airport is in Croatia, at Osijek, which is only 79 km away, while the Nikola Tesla airport in Belgrade is 129 km away. 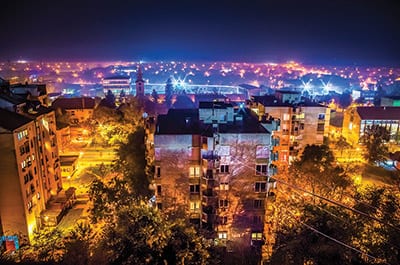 Kula is increasingly recognised for one of the best equipped industrial zones in Serbia that offers ideal conditions for all investors who want to start or expand their business in Southeast Europe.

In the Kula industrial zone, the Dutch investor Seveplant, which operates as part of the Dutch company Verbek, is one of the largest producers of planting material in Europe. The Italian companies Fiorano, one of the leading global lingerie producers, and Euroin, which produces footwear for renowned fashion houses, have also built their production facilities here.

Kula is well connected with the entire region of Southeast Europe, which makes it a very attractive investment destination

The German Witzenmann, which produces flexible metal elements for the automotive industry, also intends to build a factory in the Kula industrial zone, which will host the first workers in September this year. 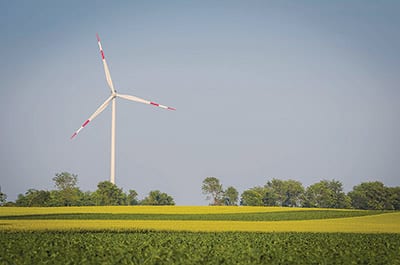 The goal is approximately 300 jobs, and depending on the work load, it is likely that even more workers will be hired. The local economy relies mostly on agriculture, mainly on crop farming, which is not surprising since the municipality has over 40,000 hectares of the best arable land.

The possibility of producing energy from renewable sources, with a special emphasis on biomass processing, is of strategic importance for the Municipality of Kula. In addition, the sustainable development strategy for the period 2014-2020 defines the direction of development in other areas of the local economy in which we will invest in the following period.

Kula municipality recently received a study of a potential spa site, which is a comprehensive analysis of the potential of a natural healing factor, which, in addition to groundwater, includes medicinal mud, gas and the climate. The subject and scope of the research involved a multidisciplinary team of experts.