Carolina Hidea, Economic Counsellor of the U.S. Embassy in Belgrade

We Strongly Support Serbia’s Path Toward The EU

We believe that Serbia’s best economic future lies with the European Union and the West. Therefore we strongly support Serbia’s strategic goal of joining the EU, and we work closely with the government to help Serbia achieve its goal

About 100 US companies have already invested nearly $4 billion in the major sectors of the Serbian economy. While Serbia proves to be attractive for U.S. investors, domestic producers are still finding their way to the highly competitive US market. We spoke with Carolina Hidea, Economic Counsellor of the U.S. Embassy in Belgrade, about the opportunities that lie ahead.

But you’re right that Serbia still has a lot of potentials to increase its exports to the United States under GSP. Part of the reason may be that some Serbian exporters are unaware of the GSP program. We try to get the word out, and we appreciate the hard work of the Serbian Chamber of Commerce and other business groups to inform their members of the opportunities that GSP provides.

From which examples drawn from similar countries we can learn to be more successful exporters for the US market?

It’s difficult to point to a single country as a success story to follow because so much depends on individual companies being proactive and putting in the work on market research and product development.

Bearing in mind that the US gave particular support to promising Serbian exporters of organic food, which success stories could you share with us?

Indeed, we have worked for more than ten years with Serbian partners to build an ecosystem for organic food production. Together, we introduced standardized quality standards for the sector, trained thousands of Serbian farmers in organic food production, supported participation in specialized trade fairs and also developed a vocational school curriculum in organic production, in partnership with the Ministries of Education and Agriculture. 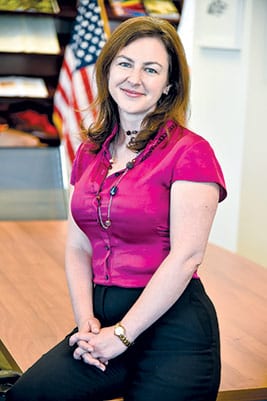 One of our early partners, Suncokret, was one of Serbia’s first organic exporters and won a prestigious British award for its organic walnut butter in 2009.

We are continuing this collaboration through two of our new activities. Through the Competitive Economy project, we continue our long cooperation with Serbia Organica, as a key partner in our efforts to work with the Serbian public and private sectors to increase the value added by Serbian fruit and vegetable exports. We continue to see the organic market as an area of high export potential for Serbian producers. Over the past few months alone, we have assisted organic producers in exhibiting at a leading German organic product fair, which has resulted in 15 new contracts already signed, and many others still in negotiation.

As a part of our Public-Private Dialogue for Growth project, we have also partnered with Agro-cluster from Novi Sad to engage public and private stakeholders to improve the regulatory environment for organic food production.

How is the US support Serbia to make its economy more efficient and competitive in line with the EU accession driven reform changes in Serbia?

– We strongly support Serbia’s strategic goal of joining the European Union, because it is the goal Serbia has chosen for itself and because we agree that the process of joining the EU will be beneficial for the people of Serbia. We work closely with the government to help Serbia achieve its goal.

The reforms required to reach its goal of joining the European Union will greatly benefit Serbia’s private sector and its economy. For example, the rule of law reforms Serbia has undertaken as part of its accession process will improve the predictability of the judicial process, which is critical to increasing investor confidence in Serbia.

Ultimately, increased investment and private sector expansion will help Serbia achieve increased prosperity for all of its citizens.

What is the current size of the investment portfolio of the U.S. in Serbia?

What does US industrial experience mean for the recovery of Serbian industrial capacities?

– The US economy is very resilient. The United States recovered more quickly than most countries from the economic crisis that gripped the world ten years ago. 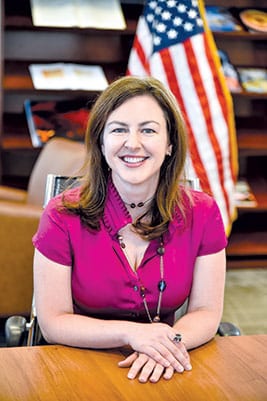 There are many factors behind this, but one is surely our reliance on the private sector to drive the economy.

Private companies can generally make decisions and take corrective action much faster than state-run enterprises, which often make decisions based on factors not directly related to business concerns. This may save some economic pain in the short run, for example by supporting workplaces that a private company could not profit-ably justify, but short-term thinking and postponing difficult decisions can cause economic pain in the long run, as problems for these companies mount and become ever more difficult to resolve.

This is why we agree with the IMF, the World Bank, and other institutions that emphasize how important it is for Serbia to implement the structural reform required to enter the next phase of its development and achieve faster economic growth

Recently, several US companies from the service sector have established a presence in Serbia. What is the driving force behind these new types of investors?

– A service sector is a perfect place for investors to benefit from Serbia’s greatest resource – its people. Serbia has well-educated, well-qualified, multi-lingual professionals
who can compete anywhere. Serbia’s proud engineering tradition remains strong today, and there is a new generation of IT professionals and programmers who are ready to perform globally.

When foreign investors come to Serbia and create good jobs, these professionals can stay here in Serbia. Many people are concerned about a “brain drain” from Serbia. Investments in the service sector help talented Serbs stay here in the country, contributing to Serbia’s success.

How do you assess the scope and size of formal and informal networks between US ICT companies, their Serbian counterparts, and individuals specialised in these services?

– The professional network in the Serbian IT sector is strong, and I am confident the sector will continue to grow in size and sophistication in the years to come. Serbian IT professionals work hard to stay current with international trends and developments. We are very glad to see that Serbian educational institutions are responding to employment opportunities for qualified Serbs by modernizing and improving IT education in Serbia.

We want Serbia to be a success, because it is the goal Serbia has chosen for itself and because we agree that the process of joining the EU will be beneficial for the people of Serbia

There are countless examples of smaller Serbian IT companies selling their software internationally, including in the United States. Their products are sophisticated and often cutting-edge, and they do very well. There are also US investors that actively work to develop Serbian IT startups.

What is the role of fellowships given by the US to Serbian young professionals in building national expertise in the sciences, economy, and media?

– The United States has a number of exchange programs that support economic development, while at the same time increasing mutual understanding between the people of our two countries. The Fulbright Program enables graduate students and young professionals to research and study in the United States for one year at US universities or other appropriate institutions. The program also provides grants to Serbian scholars to conduct post-doctoral research at US institutions, research that can last from an academic semester to a full academic year.

The Humphrey Fellowship Program brings accomplished mid-level professionals to the U.S. for 10 months of combined academic and professional work, while the International Visitor Leadership Program arranges short-term visits to the United States, where leaders in a variety of fields experience the U.S. first-hand and cultivate lasting relationships with their American counterparts.

In addition to those exchange programs, the U.S. Embassy in Belgrade also works with partners all over Serbia on projects designed to promote economic development and to support high-quality, independent journalism. One program, for example, connected US experts in entrepreneurship and science, technology, engineering, and math (“STEM”) education with Serbian educators across the country.