In just five years, as long as it has existed, the Centre for the Promotion of Sustainable Development has developed two projects that have yielded excellent results not only in Serbia but also around the world. The first is the portal “Balkan Green Energy News”, which has already become a leader in the region, and the other is the project “Women in Sustainable Energy in Southeast Europe”

Branislava Jovičić, who the U.S. Green Chamber of Commerce selected to join the Global Sustainability Leaders programme, is fighting determinedly to connect and network people from around the world, and especially from the region, who advocate strongly for sustainable development in their communities.

We treat nature like an unlimited resource that will always be there, regardless of how much we pollute the water, land and air, regardless of how many forests we clear-cut… We don’t perceive it as an asset, which is why we don’t protect it. Can that change?

– It is true that people today act irresponsibly towards nature and don’t consider the consequences of impacting negatively on the environment. The concept of sustainable development, although it is increasingly discussed, is still not fully accepted, and some basic knowledge about it is lacking. In order for us to better understand sustainable development and know-how to recognise how some of our activities impact on nature, other sectors, and the general quality of life of people in the immediate area or globally, because nature knows no borders, and nor does pollution, the chances of life on the planet again being suited to humans would be much higher.

We found out just a few days ago that the citizens of the European Union had incurred an environmental debt to the planet as early as 10th May. This means that by that date they’d already utilised all the ecological resources that the planet’s ecosystems can renew over the course of one year, as early as seven months and 20 days before the end of the calendar year! This date shifts every year, with the date of entering ecological debt arriving ever earlier. The problem is that, when it comes to an ecological debt, there is no bank that can refinance people’s debt towards the planet until a way is found to allow ecologically neutral development in accordance with the principles of sustainable development, but not the corporate marketing kind, rather the true and essential kind.

Change is possible, examples of good practise in the responsible management of and relations towards the environment exist, but they relate mainly to economically powerful countries. However, it is essential for change to also occur in less developed countries, as well for three important elements to be provided: a legislative framework, financing and knowhow. A change of consciousness is also needed, and in the case of Serbia and the countries of the region – which are, compared to EU member states, in the category of “poor relatives from the village” – this means that we should create change for our own needs, and not because the European Union is seeking that we do that. The concept of a host who manages his estate responsibly has a vision and works hard to provide a better, green and sustainable future for himself and his children is a concept that the countries of the region – with honourable exceptions – are struggling to accept.

The WISE SEE project will also have a regional component, which will certainly help in its expansion to several other countries

Your NGO, the Centre for the Promotion of Sustainable Development, has been involved intensively in promoting sustainable energy, climate action and environmental protection since 2014. Are you satisfied with your achievements?

– Yes, very! In the five years since the organisation was founded, we’ve developed two projects and both have achieved excellent results, not only in Serbia but also around the world.

The first project is the “Balkan Green Energy News” portal. The idea for this project emerged out of the period when I was doing my master’s thesis that dealt with the role and significance of PR in the promotion of renewable energy sources. In a study then conducted by consulting firm Ecorys, I found that the lack of information regarding RES represents one of the main non-financial obstacles on route to promoting RES. I added two and two, conducted research, and found that the same situation regarding the availability of information was a problem not only in the EU but also in the region of Southeast Europe.

The “Balkan Green Energy News” portal is today the leading free bilingual portal in the region; it is an online platform and meeting place for all those who are relevant and important for this region when it comes to sustainable energy, climate change, the environment and mobility. Our portal is read and monitored on social networks by decision-makers from the region, representatives of municipalities and cities; we are read by the business community, academia, civil society organisations, financial organisations, investors, citizens, and colleagues from other media outlets in search of good information and stories. 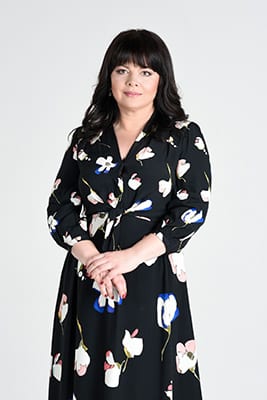 As someone who deals with communications and who maps interested sections of the public for clients and projects on an almost daily basis, I knew very well who would find our portal a useful tool. We have strived tried to ensure the quality of information and work reaches these people, but they also found us themselves while searching for a reliable source of information.

The second project that we’ve implemented is “WISE – Women in Sustainable Energy, Southeast Europe”, which set up and overviewed the nexus of women – sustainable energy – climate change – the environment. Within the scope this project, we conducted the first survey among women who deal with these issues professionally, with the goal of overviewing their role, position and attitudes, but also among women in households from the perspective of consumers. This research showed us, for example, that women strongly support the widespread use of renewable energy sources, that they would rather buy electric cars if they were supported by the state through subsidies, but also that female entrepreneurs and women in agribusiness are very interested in finding out about the possibilities of applying green technologies in their business or how to improve energy efficiency.

Within the framework of the WISE project, we also created a database of nearly 200 women who deal with these topics professionally and who have different vocations: engineering, technical, economic, legal, social; women engaged in communication, media, academia, politics etc.

Can the WISE SEE project be expanded to the entire region?

– That was the idea when we planned the WISE SEE project, but as we are a small organisation, we didn’t manage to immediately receive the funds for a regional project, so we focused on Serbia. At this moment we are planning to continue the project in Serbia and we’re in the final phase of preparations and have already two excellent partners.

It is important to connect women from the region who deal with sustainable energy, climate change and the environment, for them to network and get the opportunity for their voice to be heard, to be better represented in the media, and to advocate more intensively for an energy transition. This is very important because our challenges are similar, air pollution is high (the list of the most polluted cities includes three from our region: Sarajevo, Skopje and Belgrade), and we haven’t embraced the energy transition and don’t even use it to the extent that we could and should.

What are you particularly proud of in your work to date?

– I’m particularly proud of the excellent results that the Balkan Green Energy News portal has achieved. Last year, under the auspices of the platform “Best Climate Solutions 2018 Award”, the portal was selected as one of the 42 best projects in the world in the field of climate change communications, which is a great result!

After the vote, which included the participation of people from all over the world, the project took 4th place, which for us shone with a golden glow, because it is an outstanding success to be fourth in the world and compete with some projects that have budgets in the millions, while ours is who knows how many times smaller.

Last year I was also selected by the U.S. Green Chamber of Commerce to join the Global Sustainability Leaders programme, which connects and networks people from around the world who advocate strongly for sustainable development in their communities. This is a small step for humanity, but a great one for me personally.

With the exception of a lack of money, what are the biggest obstacles in promoting “green topics”, whether that means recycling, renewable energy, energy efficiency etc.?

– I don’t think money is an obstacle. Money is offered by international financial institutions and local commercial banks, it is in EU pre-accession funds and in the budget, but some topics are obstacles, and some are not in the focus of interest of our decision-makers. And that’s where the problem is with green topics.

Politicians don’t see environmental protection as an important topic; our energy establishment views renewable energy sources and energy efficiency as necessary evils, and not as a chance to make the energy mix green, to reduce harmful emissions of gases from outdated thermal power plants, to rebuild one reversible hydroelectric plant in Serbia, to introduce gauges…

This lingering narrative, which sees the future of Serbia in waning coal reserves and barely accepts new technologies and solutions, which sees a huge problem for the network in balancing energy with wind and solar, while on the other hand, we promote ourselves as a “digital nation of innovation”, is an incomprehensible and unacceptable situation for us.

Abolishing the Energy Efficiency Agency was wrong, as it could have taken charge of promoting green topics, sustainable energy development and climate action. We haven’t had a single national campaign in Serbia promoting renewable energy, educating the population on the possibilities of applying green technologies and advancing energy efficiency in businesses and households.

It is thus not surprising that Serbia is a country where not one energy cooperative project has been implemented, that not a single call has been announced at the national level for subsidising solar panels in households, that subsidies have not yet been introduced for the purchase of electric vehicles, that it hasn’t been possible for years to introduce primary waste separation and that there are hundreds of similar problems and similar issues.

The first research in Serbia on the role, attitudes, and position of women in sustainable energy. Who are the women who are professionally engaged in...
Read more
Cord MagazineLeaders Meeting Point