The Past Inspires Renewed Alliance

We expect the visit of French President Emmanuel Macron to provide an additional stimulus to greater intensity in all forms of bilateral cooperation, and also to encourage joint action in addressing global challenges, from the threats of terrorism to climate change. France will have a responsible and reliable partner in both of these areas in Serbia

Serbia places great importance on the forthcoming visit of French President Emmanuel Macron, when the comprehensive dialogue between the two countries at the highest level, initialised during the official visit of Serbian President Aleksandar Vučić to France in September 2016, will be continued, says Ambassador Bojana Adamović Dragović, Head of the Europe Department at the Ministry of Foreign Affairs of the Republic of Serbia. In this interview with our diplomat, we examined the present juncture in the two countries’ bilateral relations in light of the great anniversaries that the world and our countries are celebrating this year – 230 years since the French Revolution and 180 years since the establishment of diplomatic relations between France and Serbia.

To what extent are the values of the French Revolution rooted in the foundations of Serbian society?

– The French Revolution is an event that changed the history of the modern world and influenced the development of the modern Serbian state to a great extent. The struggle for the national liberation of the Serbian people was at the same time a struggle for the abolition of the feudal order characteristic of the Ottoman Empire. The first Serbian constitution, adopted on the holiday of Sretenje (Candlemas) in 1835, established the rights of citizens and the organisation of the state in a way that was inspired by the achievements of the French Revolution and the ideas of the enlightenment. These values still form the basis of order in the Serbian state and society.

What are the key events that have marked the development of diplomatic relations between France and Serbia over the last 180 years?

– Although modern diplomatic relations were established 180 years ago, relations between the two countries and two peoples have far deeper roots. It is sufficient to mention that Serbian king Stefan Uroš I Nemanjić was married to Helen of Anjou, who is thought to have been a relative of French King Louis IX, while the first official document of modern relations was a letter sent by Karađorđe to Napoleon. After the restoration of Serbian statehood in the 19th century, France positioned itself as one of Serbia’s most important allies and friends. French envoy Baron de Bois-le-Comte participated in the drafting of the first Serbian constitution. On 20th March 1839, Consul Andre Duclos made his first official visit to Serbia, and from that point on began the development of a relationship that continues to this day.

How much did the values of the French Revolution contribute to the interest of the Serbian intellectual elite to connect with French culture and intellectuals, and are these relations alive and strong today?

– Since the first half of the 19th century, the Serbian intellectual elite has formed itself under enormous French influence. During that period, many Serbian students were educated in France, including future Serbian kings Milan Obrenović and Petar I Karađorđević. Their education and the ideas they encountered there had inestimable importance for the development and shaping of Serbian society and its institutions. During the Great War, more than 3,000 young Serbs were enrolled in education in France at the invitation of the French Government. In this way, a new intellectual elite was formed, which enabled Serbian society to overcome the horrific consequences of the war. 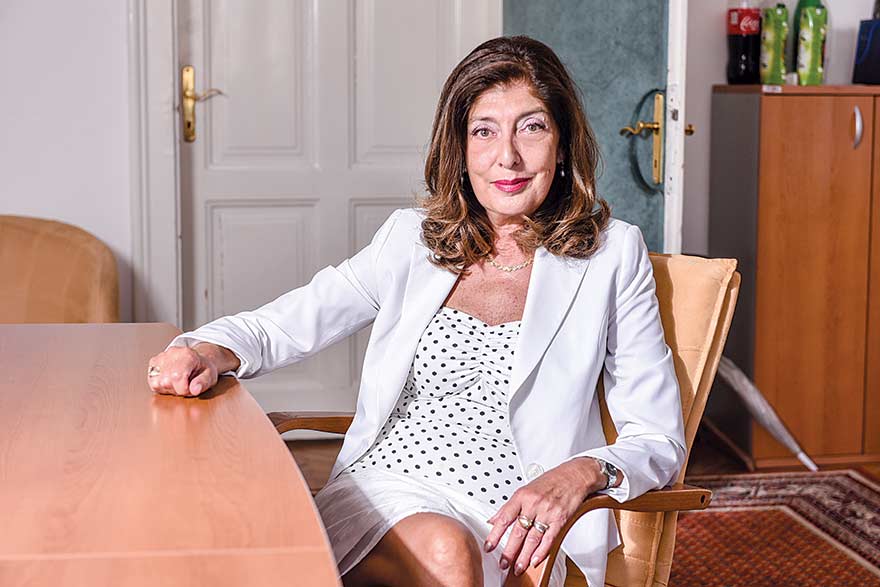 Strong links have always existed in art and literary circles. In the years immediately after World War I, in parallel with events on the Parisian cultural scene, there was an group of Serbian surrealist artists in Belgrade that consisted largely of students trained in France. During the 1960s and ‘70s, many prominent Serbian painters and writers, such as Vlada Veličković, Ljuba Popović, Petar Omčikus, Danilo Kiš and others, lived in France and left a significant mark on both Serbian and French culture.

What characterises bilateral relations between Serbia and France today?

– Serbia and France seek to fully strengthen and improve relations, in both political and economic terms. In 2011, the two countries signed a Strategic Partnership Agreement aimed at encouraging cooperation in the fields of defence, the economy, culture, science and education, and in the process of Serbia’s EU accession. At this point there is a high degree of mutual understanding, with a willingness to resolve the issues being discussed, through a regular political dialogue. Relations between Serbia and France are today characterised by intense political dialogue, both at the highest level and in practise, in the strong development of economic relations, in strengthening cultural ties and in cooperation with international organisations and bodies. Such relations are an expression of the respect for historical ties and of a mutual readiness to further develop and strengthen them for the benefit of our countries and nations.

In view of France’s special attitude to the pace of accession of the Western Balkan countries, how do you see France‘s role in encouraging Serbia’s European integration?

– France plays a key role in the process of reforming the European Union and its positioning globally. Serbia is grateful for the current French support in the process of European integration, which is our main foreign policy orientation. We expect this support to continue with the same intensity, as we believe that the processes of consolidation, EU reforms and the enlargement process are complementary and can take place at the same time. On the other hand, Serbia will continue to reform and strive to attain European standards, not only because of the formal achievement of EU membership, but because of our essential determination to follow the European values and benefits that this will bring to our society as a whole.

How important are stronger economic relations and the dedicated work of the French-Serbian Chamber of Commerce for improving the quality of relations between the two countries?

– France is among the most important economic partners of Serbia, but we believe that not all possibilities have been exploited and that there is plenty of room for further development in that domain. Bilateral trade grew last year at 6.6% to reach 1.1 billion euros, while the value of French investment was over 900 million euros. About 100 French companies employ over 11,000 people in Serbia and there is great interest in growing cooperation in many areas. Linking businesspeople through different forms of association is very important, because it contributes to recognising common interests and creating a new space and cooperation initiatives, and the activities of the French-Serbian Chamber of Commerce are certainly a successful example of such activities.

The Ministry of Foreign Affairs celebrates on the 29th of May every year “the Day of the Serbian Diplomacy”.
Read more

180th Anniversary of the Re-Establishment of French-Serbian Diplomatic Relations

The year 2019 marks the 180th anniversary of the re-establishment of French-Serbian diplomatic relations, with the opening of the first French diplomatic office in...
Read more

Sanja Ivanić, Director of the French-Serbian Chamber of Commerce

In the first 10 years, we at the Chamber focused on the quality of our offer, while now will also dedicate ourselves to increasing...
Read more

The programme “Point of Return” (Tačka Povratka), in association with the Serbian Ministry of Foreign Affairs and the diplomatic missions and consular posts of...
Read more

Slavica Savičić, State Secretary At The Ministry Of Finance

I think we have managed to alleviate the consequences of the pandemic and to save our economy and employment, but also the health and...
Read more

In the past three and a half years, we have established the necessary infrastructure and developed many electronic services, transforming the public administration into...
Read more

Magic In The Hands Of Teachers

Thanks to the dedication of teachers, it has been possible to broadcast thousands of hours of teaching and supplements for children and students in...
Read more

The Korean company Kyungshin Cable held a grand opening ceremony for its production plant where it will produce battery...
Read more