By its nature, the environment extends beyond political and legal frameworks, and other boundaries created by man. International and cross-border cooperation between countries is vital if we want to address challenges that impact on all of us. These challenges vary from droughts and floods, to pollution and threats to the richness of biodiversity

Cooperation on environmental protection is a significant means of ensuring peace and the road to strengthening international relations in the region, which is necessary to all countries for the purposes of development and the implementation of European environmental standards.

Improving the quality of the environment, protecting human health, wisely and rationally utilising natural resources and improving measures to address global and regional problems represent the most important goals of bilateral and multilateral cooperation in the field of environmental protection.

The Republic of Serbia recognises the importance of cooperation between countries, both at the global and regional levels, which is testified to, among other things, by the formation of the Ministry of Environmental Protection, as a separate department within the Government of Serbia, with direct jurisdiction to deal with matters in this very important area.

With an awareness of the importance of orderly environments, the Ministry is dedicated to finding long-term sustainable and cost-effective solutions for their protection, as well as a response to climate change. Through intense and successful international activities, it has imposed itself as a leader of the Western Balkan region with the intention of contributing further to strengthening political dialogue and improving cooperation on issues of vital interest, such as the reduction of pollution to water, air, land and natural resources, and the fight against climate change.

The Ministry of Environmental Protection develops bilateral cooperation, investing a lot of time and energy into building and improving relations with all interested countries and partners. Cooperation is most intensive with countries in the immediate neighbourhood. Trilateral cooperation is significant between the Republic of Serbia, Montenegro and Republika Srpska, aimed at continuing dialogue in the creation and implementation of environmental policy, especially in solving problems in the basin of the River Drina.

On the international front, stand out events include numerous bilateral activities and meetings with representatives of the region, Europe and the world stand. Minister Trivan’s meetings with senior representatives of countries like Germany, France, Japan, Czechia, the U.S., Korea, China, Italy, Greece, Bulgaria and the countries of the region have contributed to the signing of various agreements and protocols on cooperation, with the aim of protecting the environment and exchanging information, experiences and good practise.

Serbia is a signatory to numerous multilateral agreements in this area, which play a key role in the overall legislative framework and which, together with international environmental conventions, represent the most significant global efforts to address certain environmental problems. The country is a member of many international organisations and institutions, as well as the Bureau and working body in the scope of the UN system, which further contributes to it being recognised as a significant partner in international relations. 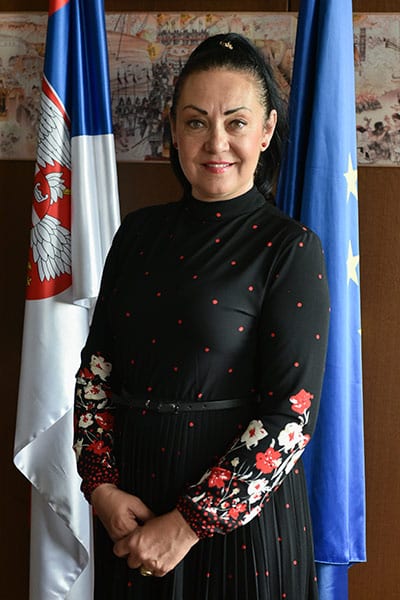 The previous period was marked by very important international activities of the Ministry of Environmental Protection that pointed to the fact that Serbia is striving to leapfrog the years of lagging behind on environmental issues and turn towards the future, relying on an innovative approach and new technological solutions.

The most significant international event contributing to Serbia being set high on the bar of countries that are recognised as leaders in regional cooperation initiatives was certainly the Ministerial Conference held in Belgrade last December, under the organisation of the Ministry of Environmental Protection, the UNEP Programme and the Government of Italy, entitled “Innovative Solutions for Reducing Pollution in Western Balkan Countries”, which mostly brought together representatives of the countries of Southern and Southeast Europe. Serbia advocates for new technological solutions and an innovative approach to economic growth that are essential for social and economic development that would ensure the reduction of pollution and preserving of resources.

The high level of cooperation between all representatives of the countries on issues of mutual interest, as well as the overlapping “Common Vision”, which – as a result of this Conference – was presented in March 2019 at the UN General Assembly in Nairobi (UNEA 4), testifies enough to the importance of this conference and Serbia’s dedication to developing this international process.

The election of Environmental Protection Minister Goran Trivan as one of the vice presidents of the Fifth Session of the Assembly for the Environment (UNEA 5, 2021), in Nairobi, is a great honour and acknowledgement for the Republic of Serbia, for it to be recognised around the world for its contribution to regional and global efforts in the struggle for the environment.

Continuing with regional initiatives and cooperation, a delegation of the Ministry of Environment Protection participated in a ministerial conference in Tirana in April 2019, entitled “Regional Climate Action in the Western Balkans”, once again linking political leaders of the region for the purpose of agreeing on joint activities and approaching funds intended for activities in the fight against climate change. The importance of environmental protection as an instrument for achieving development and improving living conditions and human health was emphasised, but at the same time also enhancing peace, stability and security in the region. The accepted Declaration on Joint Climate Change Activities in the Western Balkans Region, and the agreement to devise a “Joint Roadmap for the Region to accelerate the process of accessing sources of funding in the area of climate change”, will enable the continuation of links and common actions of countries to adapt to new climatic conditions.

Apart from cooperation with countries in the immediate region, the Ministry also focuses on broader cooperation, such as cooperation with South Korea and China, with whom it is possible to develop cooperative projects in the area of environmental protection, as well as exchanging knowledge, experience, technology and innovative solutions.

Within the framework of China’s Belt and Road Initiative, which is primarily aimed at connecting Asia and Europe, but which is also open to countries of other continents, Serbia has been participating since the start, and the Ministry of Environmental Protection has instigated activities for potential future cooperation with relevant Chinese institutions in the field of the environment, which will include different areas – from water and land protection, via biodiversity, to climate change.

It is significant to note the achievements of cooperation between China and the countries of Central and Eastern Europe, the so-called “16+1 Cooperation”, which is on its way to becoming an influential platform for inter-regional cooperation. The Ministerial Conference “Endowment of the Future”, held in Podgorica in September 2018, saw the establishing of the Mechanism for Cooperation in the Field of Environmental Protection, which implies political dialogue, technological exchanges and industrial cooperation in order to establish cooperation between the 17 countries and support national goals in the field of environmental protection.

Significant international environmental protection initiatives in which Serbia actively participates, such as the European Environment and Health Process, the Pan-European Transport, Health and Environment Programme and many others, have also contributed to Serbia being spoken of in the context of an ambitious and responsible member state.

In a large-scale campaign of cleansing the Danube riverbanks in seven cities, more than 2.5 tons of packaging waste was collected and around 2...
Read more

Serbia is awaited by a huge job in the years ahead when it comes to advancing environmental protection, and some of the most important...
Read more

Chapter 27 in EU accession negotiations is the most technically complicated and most expensive Chapter – with more than 200 EU regulations waiting to...
Read more

In just five years, as long as it has existed, the Centre for the Promotion of Sustainable Development has developed two projects that have...
Read more
Cord MagazineLeaders Meeting Point