Serbia has achieved substantial progress, but the implementation of real reforms is crucial. A credible market economy, rule of law and an empowered civil society with free media and secured fundamental rights are important elements for any country preparing for EU membership. I would also mention Serbia’s ability to fight corruption and organised crime as being of particular importance – Anders Samuelsen

The Danish foreign minister Anders Samuelsen visited Serbia recently, marking the first visit of its kind after many years. During his stay in Belgrade, Minister Samuelsen reiterated his country’s support for Serbia’s European integration process, whilst emphasising that EU accession requires that candidate countries fulfil all of the accession criteria, which were defined 25 years ago in the Danish capital of Copenhagen.

In this interview for CorD Magazine, Minister Anders Samuelsen also noted that the readiness of the Union itself to receive new members is important to the EU enlargement process and that this readiness will be improved following the reform process that’s expected after the 2019 European Parliament elections this spring.

How would you assess the talks you held with Serbia’s top officials during your stay in Belgrade?

Besides my host, Foreign Minister Dačić, I had meetings with President Vučić, Prime Minister Brnabić and European Integration Minister Joksimović. The visit was very interesting, and I was received with great hospitality. The talks were fruitful and provided me with insights into developments in Serbia and the wider Western Balkans. They also gave me the opportunity to reiterate Denmark’s support of Serbia’s EU perspective, and underline the need for a merit-based approach. I encouraged Serbia to continue its reforms – which are necessary to move closer to the EU and which will benefit Serbian society as a whole.

Denmark and Serbia celebrated a century of bilateral diplomatic relations in 2017. How are bilateral relations between our two countries today?

We had a memorable jubilee in 2017, and it was marked throughout Serbia with various events. Our bilateral relations are excellent, and we continue to move forward. Given the positive development in the economy, we see more Danish companies interested in doing business in Serbia. And Danish companies, who are already present in Serbia, are pleased with the support they receive and the talented workforce available.

Speaking in Belgrade, you reiterated Denmark’s support for Serbia’s European integration. What do you see as the greatest challenge on that journey? 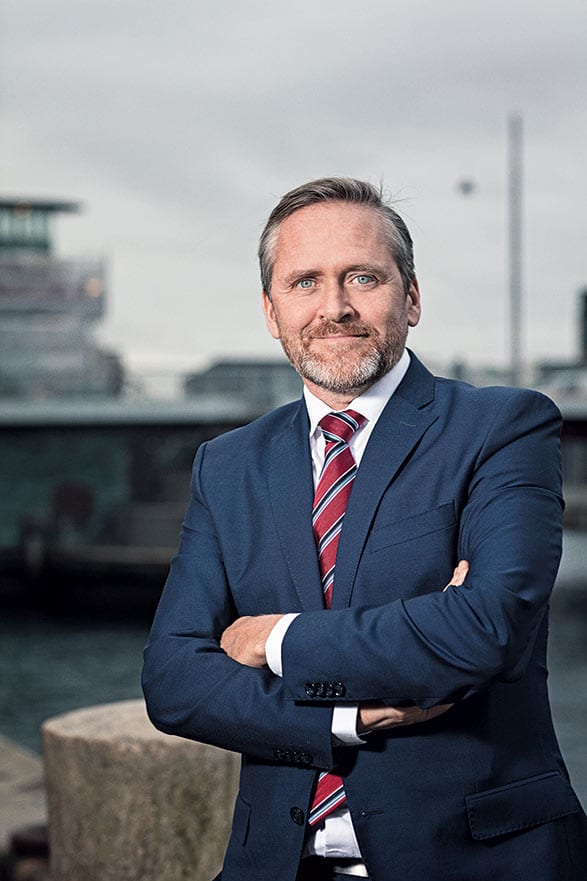 Serbia has achieved substantial progress since the opening of EU-negotiations in January 2014, but the implementation of real reforms is crucial. This is not only about adopting new laws that are in compliance with EU standards, but also about implementation and enforcement. A credible market economy, rule of law and an empowered civil society with free media and secured fundamental rights are important elements for any country preparing for EU membership. I would also mention Serbia’s ability to fight corruption and organised crime as being of particular importance when reforming.

Challenges should also be seen as opportunities, and for Serbia, it will be beneficial to deal with Chapter 27, on the environment and climate change. Pollution does not know borders, and in the European Union, there is a strong focus on environmental protection and sustainability. In this area, the experience of others and well-proven solutions can be of great help. Denmark has been a pioneer in this area for decades and is ready to share its experiences.

A credible market economy, rule of law and an empowered civil society with free media and secured fundamental rights are important elements for any country preparing for EU membership

Serbia’s road to Europe also implies a substantial reform of the judiciary, with the aim of strengthening the independence of the justice system. From Denmark’s perspective, how important is it for an EU candidate country to have resolved this issue?

As I mentioned earlier, an independent judiciary is absolutely crucial for a well-functioning society. Citizens and companies must have trust in the judiciary in terms of objectivity and speed of action. Obstacles cannot be fully removed, but there must be trust that the judiciary will maintain order and take care of justice.

To what extent does the future European integration of the Western Balkan countries depend on the future of reform within the EU, starting with Spring 2019 elections for EU institutions?

EU accession cannot be rushed if countries are not ready! Applicant countries must fulfil all criteria for EU-membership, including the Copenhagen criteria. At the same time, the EU must itself be ready to welcome new members.

You head the Liberal Alliance party, which is described as a centre-right party. The youth of the party has advocated for DAEXIT – Denmark’s withdrawal from the EU – while remaining within the trade area of the union? How do you see the future of the EU?

First of all, I would like to underline that I fully and strongly support Denmark’s continued membership in the EU. To me, that is a fundamental issue that has never been open to discussion. Ironically, Brexit has only underlined the many advantages of EU membership, especially when it comes to the Single Market. An ordinary Danish family earns about 8.500 euro extra every year due to the Single Market. And the Danes tend to agree that EU membership is a good thing. In a recent survey. 75 per cent of respondents said that EU membership is a good thing – with only six per cent stating that they see it as a bad thing.

In my opinion, the EU should focus on delivering tangible results to the benefit of citizens and businesses. The EU should be strong, lean and efficient. In some areas – such as climate change, migration and security – solutions can only be found by working together. We need to do more in these areas. However, in areas where the Member States can find and implement equally good or better solutions themselves, we should let the Member States act by themselves.

How does Denmark view the initiative for the dialogue between Belgrade and Pristina to culminate with a change of borders?

The current tensions are worrying, and Denmark encourages both Belgrade and Pristina to continue talks. This is not the time to cease dialogue, as there is a direct link between normalisation of relations between the two parties and the concrete prospects of EU accession aspirations. The focus must be on finding a comprehensive solution in a legally binding agreement that’s in line with the principles of international law.

You also met with representatives of the business community during your visit to Belgrade. Do you share the Danish Ambassador to Serbia’s view that Danish investors could find an interest in entering Serbia? 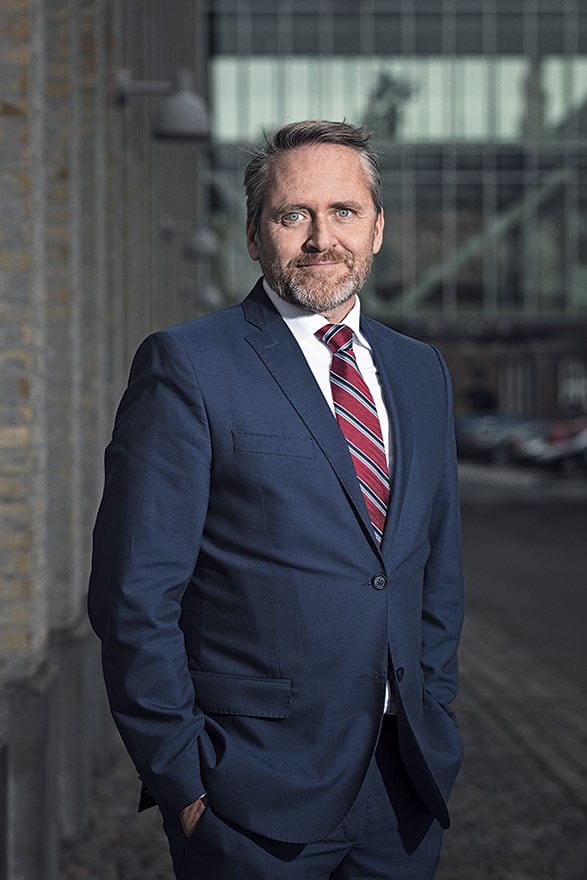 From everything I heard during my visit, Serbia represents an excellent opportunity for doing business. Having said that, there are of course areas where improvement is needed – primarily when it comes to administrative challenges and combatting excessive bureaucracy. And then there is the question of rule-of-law. In my experience, Danish companies are more likely to invest if they know that the justice system works well and can be trusted. The Embassy hosts a Danish Business Club, which is a focal point for Danish companies that are active in Serbia and for potential investors from Denmark.

I was pleased to learn about the government’s efforts to digitise its services. That will benefit both citizens and companies. Denmark is the EU’s most digital country, so we absolutely support all developments in this area. Denmark has supported the Serbian Government’s efforts in the area of public procurement and digitalisation through two projects this year, and we will continue to the best of our abilities.

The organisation Reporters Without Borders ranks Denmark among the top countries (9th) according to the criteria of media freedom (2018 World Press Freedom Index). Serbia received a considerably worse rating. How would you comment on this?

Media freedom is another staple of a good state and part of the “checks-and-balances” in the service of citizens. Media should be free from persecution but must be responsible in its reporting. Securing independent and reliable media is a work-in-progress for any European country, now even more with the appearance of fake news.

Media should be free from persecution, but must be responsible in its reporting. Securing independent and reliable media is a work-inprogress for any European country, now even more with the appearance of fake news

Denmark has provided a lot of assistance for the building of permanent residences for refugees of the Yugoslav wars who today live in Serbia. How would you comment on the current lack of a consensus in the EU regarding migrants, and why do so many contrasting views exist regarding this issue, including those of radicals advocating for the building of walls?

Irregular migration is one of the biggest European challenges of our time. All EU member states are affected in their own way, and there are numerous different perspectives and opinions on the situation and the action needed.

To begin with, I think it is important to keep in mind that the joint efforts of the EU and its member states, together with our partner countries – not least the Western Balkan countries – have worked. Fewer people risk their lives on the Mediterranean, in the hands of human traffickers. This is good news. Now we need to focus on developing sustainable, long term solutions and restoring public trust. Our key objective should be to counter irregular migration and at the same time secure access to protection and durable solutions for refugees as close to their home as possible. We need to establish a system that enables us to identify and assist those who really need protection rather than unintentionally favouring those with the greatest financial means and endurance to embark on long journeys.

I would also like to add that there is a remarkable level of consensus among EU member states regarding the need for preventative measures, which are essential to reducing irregular migratory flows across the Mediterranean. This includes addressing the root causes of irregular migration, strengthening external borders and stepping up cooperation with countries along the migratory routes, also in the Western Balkans.