Offer equal opportunities to people, with a pragmatic rather than an ideological approach, and this will lead to a strong economy. This is the Nordic recipe that might work in the Western Balkans, provided all parties understand the value of this seemingly simple approach

For some time now, Nordic cooperation has been promoted as a valuable model for the Western Balkans. We asked H.E. Anders Christian Hougård, Danish Ambassador to Serbia, which question he would single out as one example in which Western Balkan countries could use the Nordic formula to resolve some of the issues they are facing, and in response, we received an interesting and nuanced answer.

“Good and friendly relations between neighbours!”, this is the straightforward answer that we received to our question. “However”, notes Ambassador Hougård, “it is important to stress that the Nordic formula, as we call it, has not always had such a strong sound to it. A hundred years ago, the Nordic region wasn’t at all prosperous, while since the 1970s the Nordic identity has been associated with seemingly endless economic growth.”

The Nordic model is relevant to the Western Balkan countries, with examples of economically, socially and technologically driven societies, underlines our interlocutor. “We offer equal opportunities to people, with a pragmatic rather than an ideological approach, which again leads to a strong economy.”

Ambassador Hougård believes that the Western Balkan region has the potential to create a common market in which businesses can thrive, while he stresses that protectionism and isolationism must be avoided in order to secure economic dynamism and competition.

What, for example, can the Western Balkans learn from the way you organised your labour markets and flows of workers from one country to another?

– Free trade and competition are pillars of the Nordic socioeconomic model. We can certainly be proud of our open markets, with low tariffs and minimal barriers to trade. The idea of a ‘Mini Schengen’, if it stays on the right track and in accord with EU regulations, seems to be moving in this direction, so we are interested to see what comes of that model.

When it comes to the Nordic countries, we established a common labour market to create jobs and growth more than 60 years ago. A well-functioning labour market gives Nordic people a chance to practise their professions in other countries. I hope this is an example that Western Balkan countries can follow in the near future.

To what extent would a unified labour market across the region impact on the way companies from Denmark view the economic possibilities of Serbia and the region?

– The labour market, at least in the countries we are covering from Belgrade, is experiencing the same trends – accelerated labour shortages paired with wage growth. Many companies find it increasingly difficult to fill certain job vacancies in both blue-collar and white-collar segments. 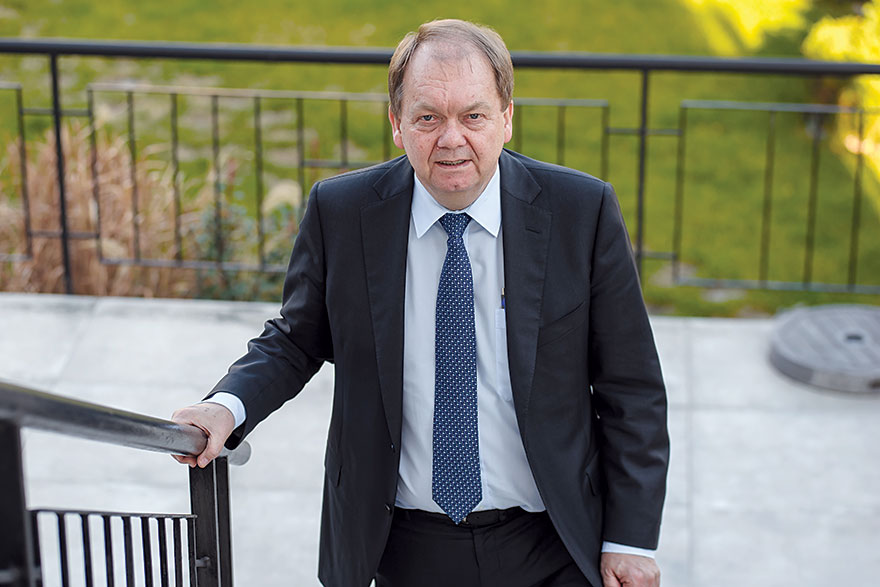 However, disparities in wages even within a single country increase labour mobility. Having a regional labour market that’s more flexibly regulated would primarily indicate that governments are teaming up and working in the interest of companies that are seeking to invest and grow in the region. Although the unification of the labour market may not solve workforce-related challenges, it provides time to develop and execute other policies and measures aimed at preserving the competitiveness of the local business environment.

Environmental issues are becoming a major political topic all around the continent, and there are some suggestions that companies coming from environmental-conscious states would avoid investing in countries that are among the worst polluters. How likely is it that these issues might impact on investments coming from the Nordic region?

– Indeed, Nordic countries have all set an ambitious and extensive green agenda and today environment¬¬al issues are a global challenge. The Nordic region, which is relatively happy with the state of affairs in its own backyard, has an even greater responsibility to help and share knowledge in order to make other parts of the world more sustainable.

Danish companies tend to lead by example, and I would offer an alternative point of view by asking a question; how can countries like Serbia attract companies that will work in the most sustainable and environmentally-friendly way?

Considering Serbia’s future EU membership, you need to be more ambitious in creating an unbiased media structure, because having independent and free media is in everyone’s interest

In parallel with this, investments might be aimed at reducing pollution – through the production of energy from renewable sources, water treatment and energy efficiency projects and initiatives. This is where small Denmark punches well above its weight, and we know how to make a difference when it comes to sustainability.

The media play an important role in putting relevant topics for society on the table. If you had to draw a parallel between the Danish and Serbian press, how would you describe their relative positions in society?

– There are many similarities, due to the size of our two countries and the social structure. But where Denmark has had a long and uninterrupted period of political stability since World War II, things have been much more complex and challenging in and around Serbia. In both our countries, the constitutions guarantee freedom of the press and media ownership is diverse. But I think that in Denmark there is more transparency and that the media is less politically connected.

State and private media play an equally important role when it comes to securing political pluralism and the public’s participation in political life. Freedom from editorial pressure, high ethical standards and good protection of journalists are thus key in any media landscape and must not be undermined. The situation in Serbia, on the other hand, seems vulnerable. Considering Serbia’s future EU membership, you need to be more ambitious in creating an unbiased media structure, because having independent and free media is in everyone’s interest.

What are the major topics that the embassy is focused on and what events would you like to highlight?

– In 2020, Denmark, Greenland and the Faroe Islands are jointly presiding over the Nordic Council of Ministers, and we will work together locally with other Nordic embassies. We are thrilled to inform your readers that one of the priorities will be conducting a project on sustainable food in primary schools, guided by a Nordic example. In October we will gather together our strengths and organise a conference in the Mačva District.

This April, we will support the Southeast Europe Space Conference, organised for the first time by the Serbian Office for Space Science, Research and Development. Among others, the director of the Space department of the Danish University of Technologies, Dr Kristian Pedersen, will share the Danish history of Space science, as well as discussing all the ways that a small country, such as Denmark or Serbia, can use space science in order to achieve the UN’s SDGs (Sustainable Development Goals). Among other activities, a Danish film festival will be on the repertoire this year at the Yugoslav Film Archives Cinematheque, which will focus on the journey from silent motion pictures to modern films.

Pollution Doesn’t Have A Nationality

The Nordic countries understand that pollution doesn’t respect borders and that environmental cooperation among countries can benefit all. That’s why we are eager to...
Read more

In order to improve educational and scientific work of the Faculty of Technology in Novi Sad, Carlsberg Serbia has donated a mini brewery, which...
Read more

It is our hope that the success stories of Danish companies operating in Serbia will persuade more of their counterparts to invest in the...
Read more

Serbia has achieved substantial progress, but the implementation of real reforms is crucial. A credible market economy, rule of law and an empowered civil...
Read more

Ambassador of Denmark H.E. Anders Hougård and the Co-ordinator for Public Diplomacy of the Embassy of the Republic of Poland Joanna Budišin joined the...
Read more

Data science revolves around the interpretation and analysis of data arriving from different sources, as well as different types and structures of data. Various...
Read more

"Our greatest expectations from the new law on public procurement is to apply the criterion of the most cost-effective economic offer because we consider it to be much better than the current criterion of the lowest prices. In the long run, it can lead to greater efficiency and higher savings in the public sector"
Read more