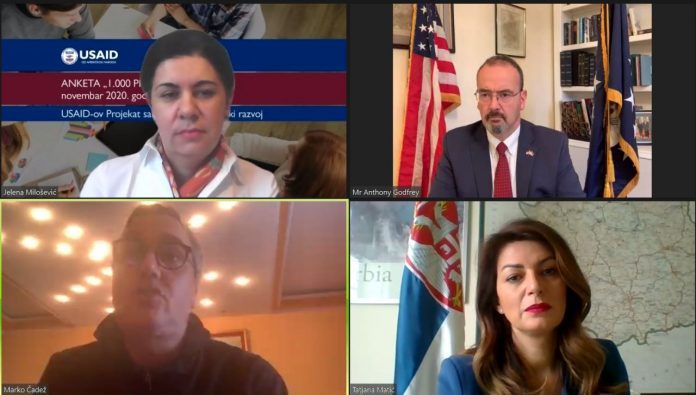 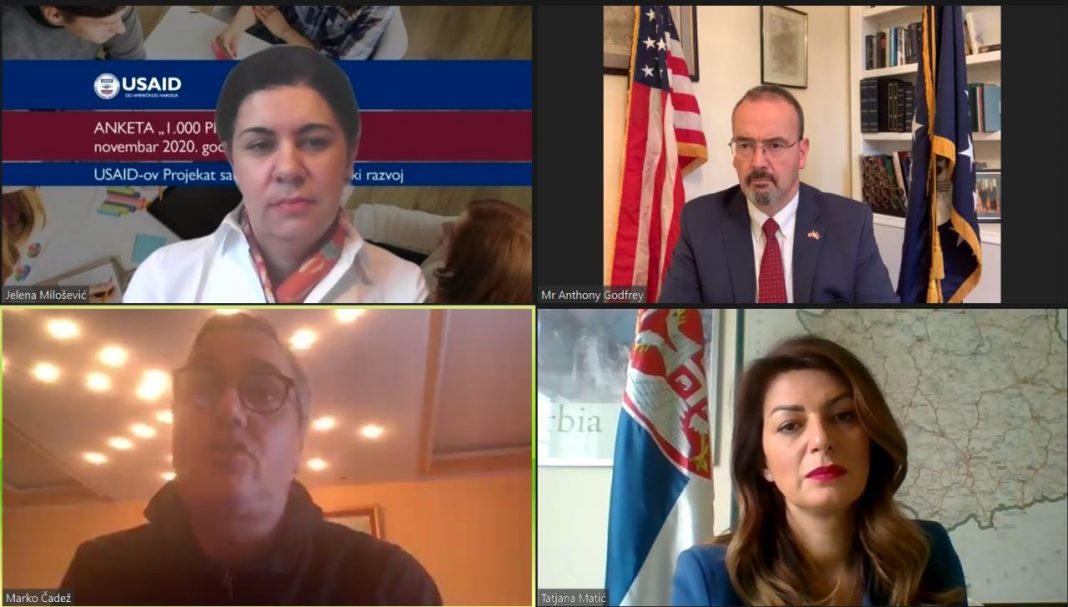 USAID Cooperation for Growth Project released the findings of the ninth Annual Survey of 1,000 Serbian businesses. The survey, which reflects businesses’ views on the business environment, revenues, employees, profit, and access to finance, unsurprisingly showed the significant impact of COVID-19 on doing business in Serbia. The online event gathered more than 170 participants.

Mr. Anthony Godfrey, Ambassador of the United States of America in Serbia, Tatjana Matić, Minister of trade, telecommunication and tourism of the Republic of Serbia and Marko Cadez, President of Chamber of Commerce and Industry of Serbia and Dragana Stanojevic, USAID’s Cooperation for Growth Project Chief of Party, discussed the findings of the survey.

“By far the best tool that Serbia could use to strengthen its economic growth is the digitalization of the economy, government, and society. Fortunately, Serbia has a lot of potential in this area, with a strong talent base and government support. Serbia is already adapting to the global digital revolution,” said Anthony Godfrey, Ambassador of the United States in Serbia.

More findings and results will be published in the forthcoming period.

In average, it will take one year for the Serbian firms affected by the coronavirus pandemic to recover from the crisis, according to the...
Read more
Cord MagazineLeaders Meeting Point