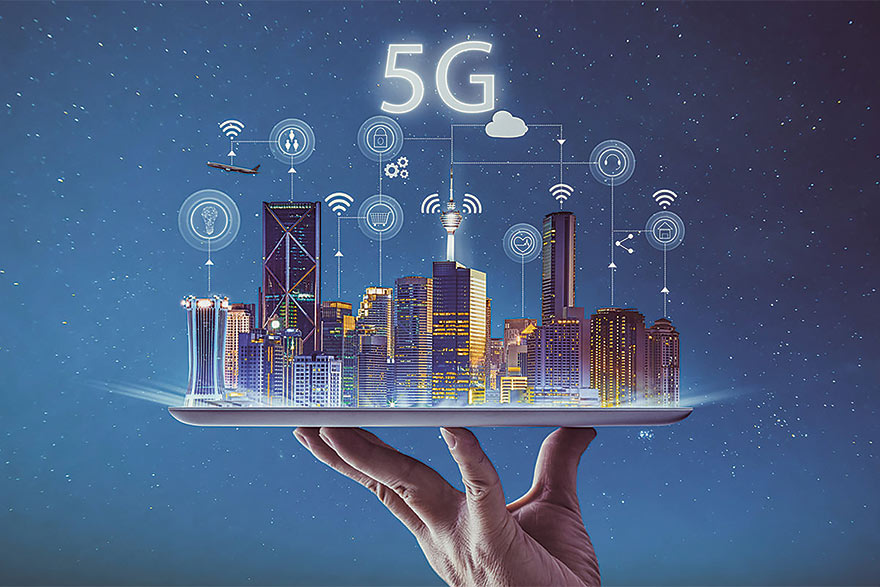 Is 5G Technology Bad For Our Health?

The fifth generation of telecommunications technologies, 5G, is fundamental to achieving a European gigabit society by 2025. The aim to cover all urban areas, railways and major roads with uninterrupted fifth-generation wireless communication can only be achieved by creating a very dense network of antennas and transmitters

This raises the question as to whether there is a negative impact on human health and environment from higher frequencies and billions of additional connections, which, according to research, will mean constant exposure for the whole population. Whereas researchers generally consider such radio waves not to constitute a threat to the population, research to date has not addressed the constant exposure that 5G would introduce. Accordingly, a section of the scientific community considers that more research on the potential negative biological effects of electromagnetic fields (EMF) and 5G is needed.

The EU’s current provisions on exposure to wireless signals, the Council Recommendation on the limitation of exposure of the general public to electromagnetic fields (0 Hz to 300 GHz), is now 20 years old and thus does not take the specific technical characteristics of 5G into account.

Under the EU digital single market strategy, the EC presented new policy measures in its 2016 communication on Connectivity for a Competitive Digital Single Market – Towards a European Gigabit Society. The EC’s aim is to advance the digitalisation of the EU and to increase its competitiveness by launching networks with much higher capacities, with 5G as a building block to achieve a ‘gigabit society’ by 2025. Its main characteristics would enable the internet of things, which means that billions of connections between devices share information.

The Commission has established the following connectivity targets for 2025:

• schools, universities, research centres, hospitals, main providers of public services and digitally intensive enterprises should have access to internet download/upload speeds of one gigabit of data per second;

• urban and rural households should have access to Connectivity of download speed of at least 100 megabits per second;

The connectivity objective has been regulated by the adoption of the EU Electronic Communication Code (EECC) at the end of 2018, under which EU Member States have to authorise the use of the new 5G frequency bands at 700 MHz, 3.5 GHz and 26 GHz and reorganise them by the end of 2020, in line with the EECC. This decision enables the take-up of 5G services in the Union.

According to EC estimates, to reach the target, including 5G coverage in all urban areas, this cost is estimated at around €500 billion by 2025

According to the European 5G Observatory, supported by the EC, at the end of September 2019, 165 trials had been carried out in the EU, and 11 Member States had already published their national 5G action plans.

Allowing much larger volumes of data to be transported more quickly, and reducing response time, 5G will enable instantaneous Connectivity to billions of devices, the internet of things and a truly connected EU population. Furthermore, millions of jobs and billions of euros could be expected to be gained from the digital economy.

The possibilities that the 5th generation of wireless communication offers, such as downloading or uploading one gigabit of data per second, may provide advantages, for instance, for the military and medical research, which could benefit from having access to such extremely high gigabit connectivity. Wired networks generally offer faster internet speed and are considered to be more secure. This is due to the fact that a wired network is only accessible through a physical cable connection, whereas with wireless networks, the signal may be broadcast outside the physical premises. Wired connection offers more control than radio or wi-fi, because such organisations already provide protection for servers and internal IT facilities within their physical locations, taking advantage of almost 100 % of the bandwidth, which also reduces response times.

Because it is more complex and requires a denser coverage of base stations to provide the expected capacity, 5G will cost much more to deploy than previous mobile technologies. According to European Commission estimates, to reach the target, including 5G coverage in all urban areas, this cost is estimated at around €500 billion by 2025.

Questions remain unanswered as to what 5G actually is, what it is for, whether it has impacts on human health and environment, whether it is secure, whether it offers good value for money or whether anyone will be prepared to pay for it. As an alternative, according to some experts, fibre optics would be more secure, safe and offer higher speed than 5G. However, fibre optics are not wireless.

CEO of Telekom Srbija Group, a provider of fixed-line, mobile, television and internet communication services to over 11 million subscribers. The first day of July 2021...
Read more

It is Germany's first quantum computer, and it is capable of bending the laws of physics and computing in order to work. IBM hopes...
Read more

At the office, you might need a lot of tools to make your workday run smoothly. It would be best to consider investing in...
Read more

Microsoft has agreed to buy the AI and voice communications firm Nuance for $19.7 billion. The deal, expected to close at the end of the...
Read more