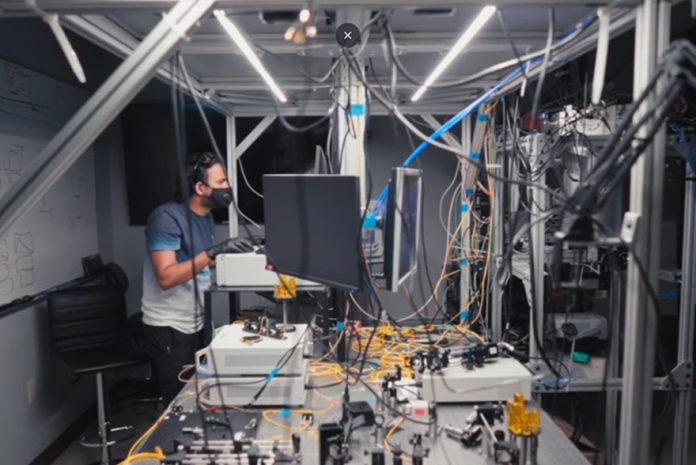 China has joined the ranks of the...
Read more

EQA is the name of the new...
Read more 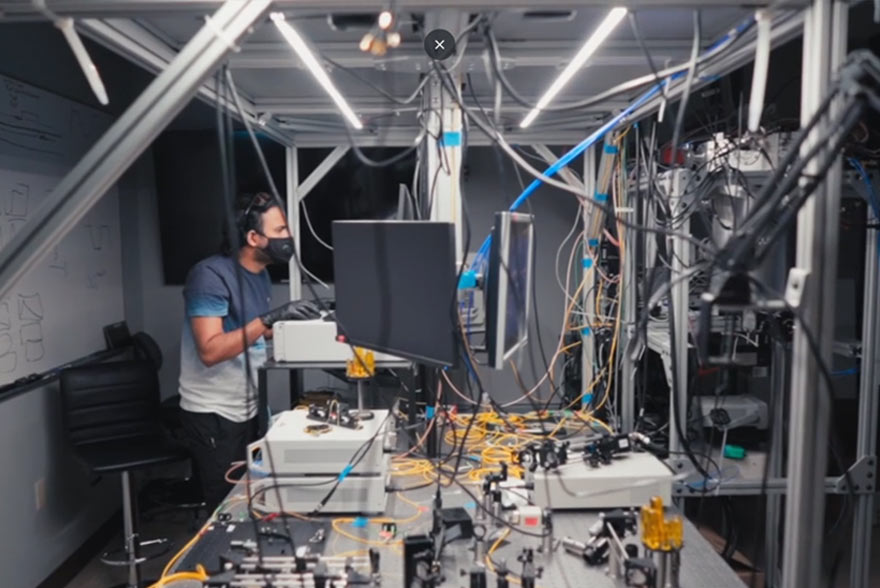 For the first time, a team of scientists and researchers have achieved sustained, high-fidelity ‘quantum teleportation’ — the instant transfer of ‘qubits’, the basic unit of quantum information.

Quantum teleportation is a ‘disembodied’ transfer of quantum states from one location to another. The quantum teleportation of a qubit is achieved using quantum entanglement, in which two or more particles are inextricably linked to each other. If an entangled pair of particles is shared between two separate locations, no matter the distance between them, the encoded information is teleported.

‘Aviable quantum internet — a network in which information stored in qubits is shared over long distances through entanglement — would transform the fields of data storage, precision sensing and computing, ushering in a new era of communication,’ says the team behind the project, which includes researchers at fermilab, AT&T, caltech, harvard university, NASA jet propulsion laboratory, and university of calgary. A paper published in PRX quantum details the results.

‘We’re thrilled by these results,’ says fermilab scientist panagiotis spentzouris, head of the fermilab quantum science program and one of the paper’s co-authors. ‘This is a key achievement on the way to building a technology that will redefine how we conduct global communication.’  The team successfully teleported qubits on two systems: the caltech quantum network, or CQNET, and the fermilab quantum network, or FQNET. The systems were designed, built, commissioned and deployed by caltech’s public-private research program on intelligent quantum networks and technologies, or IN-Q-NET.

By the end of 2021, an additional $ 200 million investment and 3 studies on environmental impact assessment Rio Sava Exploration, part of the Rio...
Read more

This year, Trag Foundation is presenting the 14th VIRTUS Philanthropy Award. Last year, the VIRTUS award for individual contribution to philanthropy was presented to...
Read more

On 1 March, with the JU 470 flight carried out with an Airbus A319, Air Serbia commenced direct flights on the new Belgrade-Geneva route....
Read more

Nestlé Reveals - External And Internal Pressures Are The Biggest Problem Of Parents Around The World The Parenting Index is the new tool that measures...
Read more

The Association of Friends of Algeria is now presenting a virtual exhibition of photographs named “Algeria - the Pearl of the Maghreb”, by the...
Read more
Cord MagazineLeaders Meeting Point