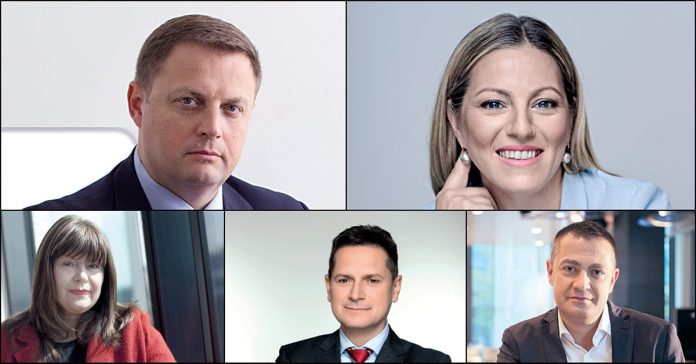 The clarity and predictability of parafiscal charges have been one of the most debated topics within the business community and in their communication with the government for some time. After a period considering the topic, the Ministry of Finance recently presented the Draft Law on Charges for the Utilisation of Public Goods, which represents one of several steps being taken by the government to address the comprehensive reform of parafiscal charges and fees.

This topic is complex from both the legal perspective, as the current parafiscal charges and fees are scattered across many different laws, and from the fiscal perspective, as such charges have been used to finance many different needs in local communities. When it comes to the investment climate, unpredictable changes in the nature and type of charges and fees create instability and even threaten to halt the development of business strategies beneficial to less-developed communities.

We asked businesspeople and associations to comment on the draft Law on Charges for the Utilisation of Public Goods and to tell us whether the bill meets their expectations. Our interlocutors assessed the draft Law as an important step that will lead to the removal of legal uncertainty, but also offered some valuable suggestions for the improvement of some proposed legal provisions.

To what extent does the unpredictability of parafiscal charges create problems in your operations; and what would you include in the new law on fees and charges with the aim of reducing the level of dissatisfaction and the complaints of investors to date relating to these parafiscal charges?

Aleksandar Ružević,
General Manager At Coca Cola Hellenic Bottling Company Serbia & Montenegro And Chairman Of The NALED Board Of Directors

Preparation of the law on charges for the use of public goods represents good news for the economy and indicates that the state has accepted the suggestions of companies and business associations to finally enter into comprehensive reform of the system of non-tax levies and parafiscal charges.

NALED has over the last five years continuously indicated that it is necessary to continue eliminating parafiscal charges, which was carried out once, with the abolition of 138 taxes and charges in 2012. Conducted research saw businesspeople emphasise that non-tax charges are the second greatest burden on operations, just behind taxes and earning contributions, while a specific problem is represented by their unpredictability in terms of amounts that change from year to year, by as much as three-digit percentages.

One of the key proposals of NALED and businesses is for the law to regulate the introduction of a publicly accessible online register that would include all non-tax charges. No institution should be able to introduce new charges without receiving the consent of the Ministry of Finance and detailing them in the register

The draft law that began being publicly debated at the beginning of the year represents a good basis for the reform of the system of charges, and it is commendable that the Ministry of Finance decided to take this big step after several attempts to compile a draft law since 2013. We would still, however, highlight three problems that we have noticed.

Firstly, individual proposed charges have elements of tax (especially in the part relating to environmental charges), because charges are envisaged for the use of goods that are not public goods. Likewise, government ministries do not want to relinquish these charges, as they see it as a reduction in their income. This contradicts the purpose of enacting the law because businesses want to see the elimination of superfluous levies and not the introduction of new ones.

Secondly, there is a doubling of the level of individual charges, which also isn’t in the spirit of the proposal of the economy.

Thirdly, increasing the number of individual charges has also been proposed, which will serve to increase the burden on the economy.

One of the key proposals of NALED and businesses is for the law to regulate the introduction of a publicly accessible online register that would include all non-tax charges. No institution should be able to introduce new charges without receiving the consent of the Ministry of Finance and detailing them in the register. The Draft Law mentions the recording of all charges in one article, but there is no detailed explanation of the kind of record this relates to, who issues bylaws for the creation of records and who leads the process, and thus it is unclear whether this is actually a unified public register of charges.

I would say that parafiscal charges are a very important influencer of the business environment, and especially the level of investments.

The telecommunications sector is often under threat of both temporary and permanent parafiscal charges, which are mainly related to mobile services. That is why we advocate for the predictability of the business climate, where refraining from the introducing of any unexpected costs is necessary if we want to ensure transparency. We share this ambition with the American Chamber of Commerce, of which Telenor has been a member since the very beginning.

We advocate for the predictability of the business climate, where refraining from the introducing of any unexpected costs is necessary if we want to ensure transparency

Regarding the new Law, we are encouraged by the fact that the Minister of Finance clearly stated in the public debate that the intention of the law is to provide fiscally neutral legislation. However, the current draft proposes the introduction of new and also high parafiscal charges that will limit technological development in remote areas. This is where we will focus our efforts, mainly to secure a healthy investment climate and quality internet access for our customers across Serbia.

Where Are Parafiscal Charges Heading?

Parafiscal charges increase the otherwise already high burden on the economy. It is particularly aggravating for companies that those charges are nontransparent and unpredictable. They represent a cost that usually yields no return, or just some partial service, right or good.

The fee for regulating construction land is an excellent example of a parafiscal charge, as with payment you don’t receive a counter-service of a proportionate value from the state. The level of the fee for construction in the city (with built infrastructure) is much higher than in the countryside, although much more investment is required in the village to link to the water supply, sewage system or roads.

Numerous fees are paid to public companies, but we don’t know the intended purpose of the funds collected in that way. The situation is similar with the environmental protection charge, which is a tax in nature, because the money goes into the budget for general requirements, like all other taxes, and not expressly for environmental protection.

State bodies and the National Bank of Serbia charge for the interpretation of regulations under their jurisdiction, while another special story is that of ‘firmarina’, a parafiscal obligation for which the payer receives absolutely nothing

There are existing charges that are inappropriate for the service provided by the state. One example is the charge for obtaining a usage permit, the rate of which is determined as a percentage of the value of the property and has nothing to do with the actual costs of the issuing authority. State bodies and the National Bank of Serbia charge for the interpretation of regulations under their jurisdiction, while another special story is that of ‘firmarina’, a parafiscal obligation for which the payer receives absolutely nothing.

The new law should reduce the number of charges, primarily by abolishing parafiscal charges that provide nothing in return, while the rate of fees should be proportionate to the service provided.

Apatin Brewery supports all the efforts of the state authorities to improve the area of parafiscal charges.

Establishing the unique tax registry is a positive example, but we believe it is crucial to make a clear policy of spending these funds in accordance with the purposes for which they are envisaged.

A shortcoming of parafiscal policy is that there is no strategy or plan for spending funds collected through parafiscal charges, and no clear reporting system

The principles of establishing, calculating and spending these funds should also be extremely transparent in order for companies and citizens to have a clear picture of what is being spent through various parafiscal charges and which goals have been achieved. In fact, this should be the very essence of the reforms. An additional shortcoming of parafiscal policy is that there is no strategy or plan for spending funds collected through parafiscal charges, and there is evidently no clear reporting system.