The four ethnolinguistic groups (Germanic, French, Italian, and Rhaeto-Romansh) that comprise the native Swiss population have retained their specific characteristics throughout the centuries, though the country was originally inhabited by Celtic tribes in the west and south, and by Rhaetians in the East

With the collapse of Roman rule, Germanic tribes poured in to the area now known as Switzerland, among them the Alemanni and Burgundians. The Alemanni ultimately became the dominant group, and the present Alemannic vernacular (Schwyzertütsch, or Schweizerdeutsch) is spoken as the principal language by nearly two-thirds of the total population. As of 2002, 65% of the population was German; 18% was French; 10% was Italian; 1% was Romansh; and 6% was comprised of various other groups.

From the verdant Rhine Valley to icy glaciers, Switzerland is a small, but very diverse country — and not only geographically. Find out more about its major regions, people, history, and cantons in our expat guide.

With a territory of less than 42,000 km², Switzerland is among Europe’s smaller countries. For foreign visitors, it might conjure up images of Alpine glaciers and fancy ski resorts. However, despite its size, Switzerland is far more diverse than postcard clichés might suggest.

While the Alps do cover the majority of the country, they represent only one of its three major geographic regions. In administrative terms, Switzerland is divided into as many as 26 different parts — cantons, all of which have a considerable degree of political autonomy and take great pride in their local history.

Moreover, Switzerland’s economic success has been attracting — and is partly the result of — a large foreign population, with one in four Swiss residents born abroad.

The northernmost of Switzerland’s geographic regions is the Jura mountain range, which accounts for around 10% of the country’s total surface area. Stretching along the France-Switzerland border, it is shaped like a crescent moon and opens towards the southeast. The Swiss Jura consists of characteristic “fold mountains”, with peaks up to 1,680 metres high, plenty of valleys, and deep gorges that are often covered in forests.

Although there is a canton called Jura, you shouldn’t confuse it with the entire region. The Jura mountains include another seven to eight cantons, and account for a significant part of Romandy, the Frenchspeaking parts of western Switzerland.

Switzerland’s Central Plateau is today the most densely populated region in the entire country. Despite covering less than a third of the territory, it is home to more than two-thirds of all residents

However, due to their geographical features and cool, humid climate, the Jura mountains themselves have never been that densely populated: major cities are mostly located on their fringes, such as Basel to the north or Geneva to the south. (Strictly speaking, the latter belongs to the neighbouring region of the Swiss Plateau.)

The Jura’s more remote rural areas are today suffering from a falling population. However, even though it isn’t as popular among tourists as the Swiss Alps, it is a paradise for those interested in hiking, cross-country skiing and mountain biking.

THE CENTRAL PLATEAU: THE HEART OF SWITZERLAND

Also called Mittelland or plateau suisse, the Central Plateau is a hilly region squeezed between the Jura mountains to the north and the Swiss Alps to the south, between Lake Geneva to the southwest and Lake Constance to the northeast. At an average of only 500 metres above sea-level, it has always been home to the majority of Switzerland’s population.

The Central Plateau is today the most densely populated region in the entire country. Despite covering less than a third of the territory, it is home to more than two-thirds of all residents. Nearly all towns with populations exceeding 50,000 (and all major expat destinations) are located there — with the exceptions of Basel and Lugano. The Central Plateau also features Switzerland’s most important locations for business and industry, including the mechanical industry and electrical engineering, food production, or finance and insurance. 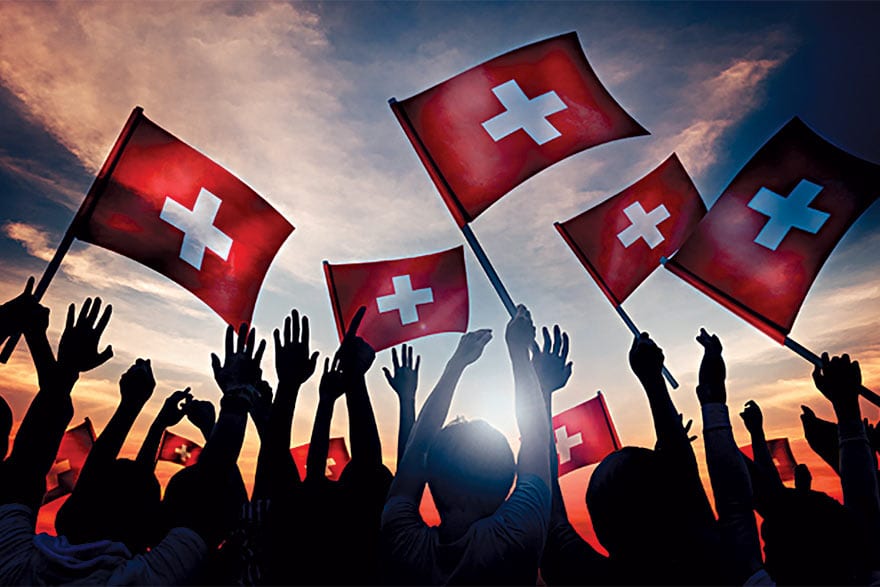 When packing your suitcase, be prepared for a continental-temperate climate with plenty of fog during winter, the occasional cold, dry wind blowing from the northeast (Bisen), and more rainfall the closer you move to the Alps. Near Lake Geneva, however, the weather tends to be slightly warmer than it is in the rest of the region.

Where exactly you are planning to visit might, however, influence more than just your wardrobe. The language boundary between French-speaking Romandy and the German-speaking parts of Switzerland runs across the plateau, with Francophone cities like Geneva, Lausanne and Neuchâtel in the west, bilingual Berne and Fribourg in the middle, and German-speaking Lucerne, Zug and Zurich in the east.

ON TOP OF EUROPE: THE SWISS ALPS

South of the Central Swiss Plateau, the hills of the Mittelland gradually grow into the rising Prealps, with an elevation of up to 2,500 metres above sea-level and beyond. Though the Swiss Alps account for just 13 per cent of this European mountain range, they actually cover 60% of Switzerland’s surface area. Only neighbouring Austria has a larger percentage (65%) of mountainous territory.

One in four residents of Switzerland lives in the Alps, and in five of the 26 cantons, at least 25 per cent of the respective territory is located above 2,000 m — those cantons are Glarus, Graubünden, Ticino, Uri, and Valais. The latter is also home to Switzerland’s most famous peaks, including the Matterhorn (4,478 m) and the Jungfrau (4,158 m), part of the Jungfrau-Aletsch protected area, which marks the Alps’ first UNESCO World Heritage Site.

Switzerland has the highest Potential Net Migration Index of any European country by a large margin, at +150% (followed by Sweden at +78%) according to a 2010 Gallup study

For most expats, the Swiss Alps will mainly be of interest as an attractive destination for excursions and longer breaks: jobs for international staff are usually in the heavily urbanised central region — unless you are seeking employment in the tourism industry. If you have professional experience in this sector and are passionate about mountaineering or winter sports, this region might be a dream come true.

Last but not least, the Alpine cantons of Ticino and (southern) Graubünden make up the Italian-speaking part of Switzerland. Due to its Mediterranean climate, the picturesque Ticino is a popular destination among tourists from all over the world, but expats shouldn’t forget that Lugano – its most populous city – is also one of the three centres of Switzerland’s financial sector, right after Zurich and Geneva.

The largest immigrant groups in Switzerland are from Italy, Germany, the Former Yugoslavia, Albania, Portugal and Turkey (Turks and Kurds). Between them, these six groups account for about 1.5 million people, 60% of Switzerland’s immigrant background population, or close to 20% of the total Swiss population.

Switzerland and Australia, with about a quarter of their populations foreign-born, are the two countries with the highest proportion of immigrants in the Western world, although who actually counts as an immigrant varies from country to country, and even between agencies within countries. Some countries naturalise immigrants easily, while others make it much more difficult – ensuring that such comparisons should be treated with caution.

Switzerland also has the highest Potential Net Migration Index of any European country by a large margin, at +150% (followed by Sweden at +78%) according to a 2010 Gallup study; this means that, of an estimated 700 million potential migrants worldwide, about 12 million (150% of Swiss resident population) cite Switzerland as their most desired country of residence.

Woman holds 19 per cent of all management positions in medium-sized companies in Switzerland, according to consulting firm Ernst & Young (EY). 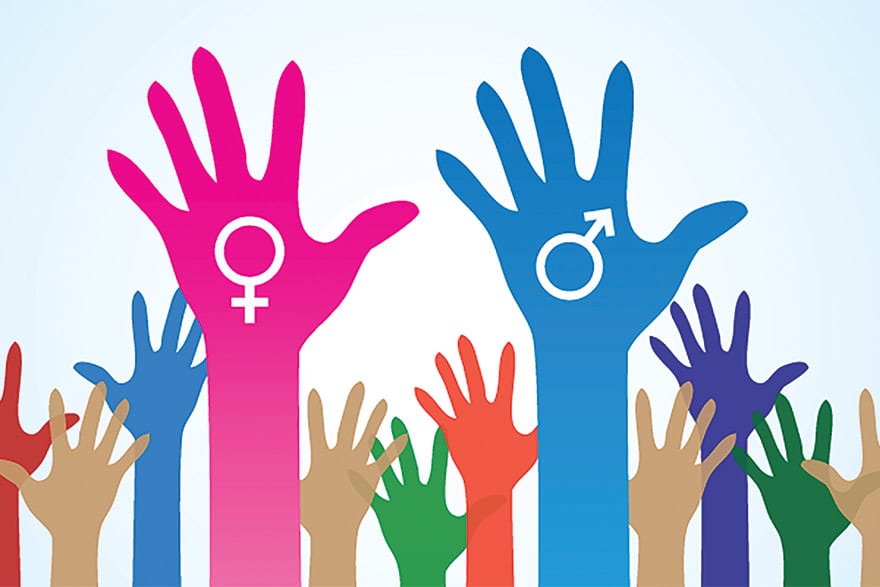 That figure was 17 per cent just two years ago. EY also reported that there were more women on management boards in the French-speaking parts of Switzerland than in its German-speaking parts. Industry type and overall company success also play a role. According to an EY statement, “successful companies are more likely to support the advancement of women, with 30 per cent of them saying they do so, compared to only 15 per cent of less successful companies”.

Switzerland Successful in Flattening the Curve

Switzerland is among the countries most affected by the pandemic in Europe, with over 27,000 cases and more than 1,300 deaths (as per statistics...
Read more

Ambassador of Switzerland to Serbia H.E. Philippe Guex hosted the Swiss Raclette Evening at the Residence. Ambassador Guex accompanied by the President of the Swiss-Serbian...
Read more