Within the traditional anniversary of the death of British doctor Elisabeth Ross, the embassies of the United Kingdom, Australia and Canada, in cooperation with the National Museum in Kragujevac, organised a photographic exhibition entitled Allied Medical Missions in Serbia 1914-1918: The Role of the UK, Australia and Canada, at the Residence of Prince Mihailo.

On this occasion, participants were addressed by Nenad Đorđević, Director of the Museum, H.E. Philip Pinnington, Ambassador of Canada, Colonel Simon Fitzgibbon, British military attaché, and Melinda Rio, First Secretary and Consul of the Embassy of Australia. 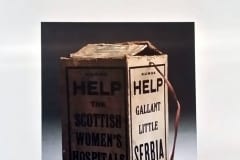 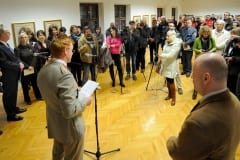 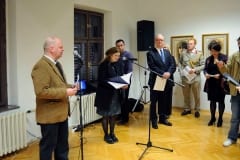 On the occasion of Canada Day, Amb­assador of Canada to Serbia H.E. Giles Norman hosted a reception at the official resi­dence in Užička street...
Read more

Companies must know—and show—that they respect human rights in all their operations. With the new Responsible Business Conduct Strategy, the Canadian Government is calling...
Read more

The Government of Canada is adamant that the protection of human rights, both in Canada and globally, has to be high on the agenda...
Read more

Responsible Business Conduct Abroad: Canada’s Strategy For The Future (2022 To 2027)

We currently have three bills before our Parliament that seek to strengthen due diligence and ensure that human rights are respected throughout Canadian company...
Read more

No Progress Without Geology

The experience of company Jantar grupa, a leading exploration and consulting firm in the fields of geology, mining and environmental protection, shows that every...
Read more