The representative office of the largest US real estate company RE/MAX has opened in Serbia.

The opening ceremony was attended by over a hundred invitees addressed by the Ambassador of the United States of America H.E. Kyle Scott, President of RE/MAX Europe – Mr Michael Polzler and Director of RE / MAX Serbia – Miloš Mavrić.

The representatives of the Government of Serbia and the City of Belgrade present agreed with H.E. Mr Scott that this is a great thing for the economy of the country and a good indicator of Serbia’s economic progress.

Minister Đorđević said: “I know of the RE/MAX company, I believe that the arrival of this company shows that Serbia is a serious player in the real estate market and this is a positive sign for Serbia. RE/MAX is a renowned global company, and I welcome them to our country. I support the arrival of foreign companies and investment, which will give our citizens, among other things, new opportunities for employment.” 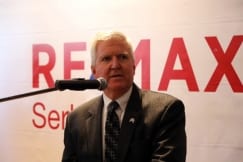 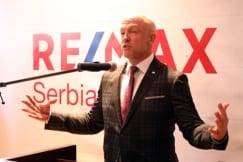 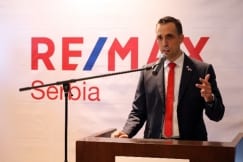 RE/MAX is a world leader in real estate services and one of the most recognizable US companies. It was named the world’s leading real estate franchise for nine years in a row, and it is now present on our market, where it plans to cooperate with a number of leading real estate agents and agencies.

RE/MAX works exclusively through the franchise system and is the largest and fastest-growing company of this kind in the world. Since 1973, when it was founded by two real estate agents in Denver, Colorado it has grown steadily, and now operates in hundreds of countries around the world, employs more than 123,000 agents and has over 7,900 agencies. Last year, it was again among the top 10 franchises in the annual Franchise Times Top 200+ survey.

RE/MAX came to Europe in 1994 and a year later the RE/MAX brand appeared among real estate agencies in Spain, Israel and Italy. Today it is the largest real estate franchise in Europe with 1,900 European offices and 22,000 agents.

With Montenegro and Latvia, Serbia is one of the three newest members of the RE/MAX family.

We fully support Serbia in finding its rightful place among the European community of nations. The path toward achieving this goal is closely connected...
Read more