The European Union has reached an agreement...
Read more

The Nikola Tesla Museum, founded as the first technical museum in Yugoslavia and the only one that preserves the...
Read more
12 June 2019
Facebook
Twitter
Email

On 12 June 2019, in the Residence of the French Embassy, ​​the Ambassador of France to Serbia H.E. Frederic Mondoloni hosted members of the community of French Tech Serbia, founded in April 2019. The French Tech label was created in 2014 and is granted startup ecosystems, but it can also be used by French companies operating in the area high technology. It gives a visual identity to French companies from this sector and is facilitated by their mutual contacts. The French Tech Central is located at the Station F in Paris.

This label testifies, among other things, about France’s desire to be at the very top in terms of developing startups, networking of different actors and grouping innovative communities across the globe. French Tech does not stop spreading. Today, French Tech counts 38 communities in France and 48 overseas in the most innovative cities (Shanghai, Los Angeles, São Paulo, Dakar or Berlin).

Minister Popovic underlined that the start of work of the French Tech Community in Belgrade testifies to the expansion of cooperation between France and Serbia in the field of high technologies – which has already begun with his visit to Paris in October 2018, during which he also met with Mr Munir Madzubi, State Secretary for the Digital Authority.

Among other things, the Minister underlined the growing role that high technology has in Serbia, which is seen both in the gross domestic product and in the ambition for the development of the economy in the future. 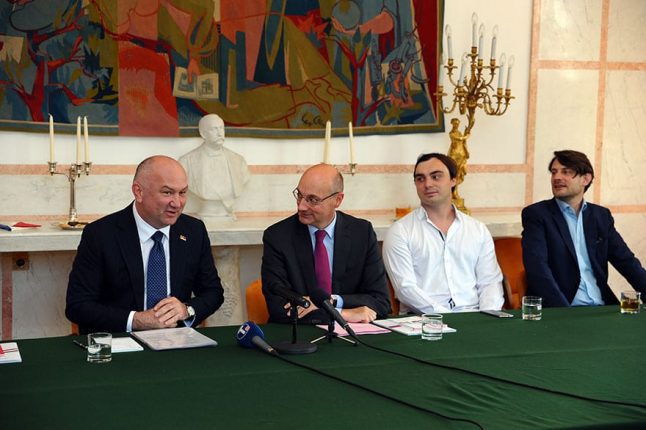 The establishment of the French Tech Community of Serbia is in line with recent initiatives undertaken by France and Serbia with the aim of promoting the development of a digital area such as the participation of several French startups at the Western Balkans Digital Summit in Belgrade at the seminar in Novi Sad on agriculture and digital technologies (2018) or a visit by Minister Popovic Station F or Ekol 42 (October 2018).

The French Tech community from Belgrade will support the French-Serbian initiatives and will help create innovative startups in Serbia.