Traditional humanitarian run CorD Charity Masters was held on 15th May as a part of the 35th Belgrade Marathon. This...
Read more
30 June 2016
Facebook
Twitter
Email

Under the organisation of the Serbian Association of Managers (SAM), the garden of Belgrade’s Poslanik Club hosted the traditional June gathering of managers, which brought together over 200 of the most respected managers and businessmen, high officials of state institutions, representatives of the diplomatic corps, international institutions and many media representatives.

In addition to the themes traditional to these gatherings, this year’s additional theme of the June meeting was the tenth anniversary of the existence of SAM and the start of commemorations marking this anniversary. 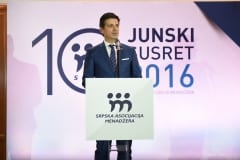 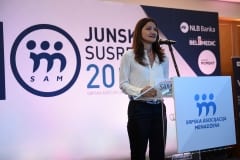 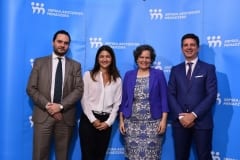 Macroeconomic and fiscal developments and expected trends in 2019, measures that Serbia should implement in order to generate economic growth and opportunities for SME...
Read more

President of the Serbian Association of Managers (SAM)

Stanka Pejanović has become the fourth president of the Serbian Association of Managers and will hold this post for the next three years. A graduate...
Read more