Minister of Foreign Affairs Ivica Dačić is pleased with the excellent cooperation with the Embassy of Greece in improving the partnership cooperation between Serbia and NATO, with the expectation of same in 2019 with the support of the Embassy of Norway, which will in future be in charge of Serbia’s contingents with the North Atlantic Treaty Organization alliance.

At the ceremony of handing over the duties to the Embassy of Norway, Ivica Dačić assessed that Serbia and NATO significantly improved their cooperation in all areas of common interest.

He said that after the successfully completed first cycle of implementation of the Individual Partnership Action Plan (IPAP), intensive work on the final reconciliation of the new IPAP for the next three years is underway.

“The policy of military neutrality of Serbia is not at all at stake, and this remains our permanent decision, which NATO partners fully respect,” Dačić said.

Norwegian ambassador H.E. Arne Sannes Bjornstad, whose country assumed the office of the NATO Contact Point in Serbia from Greece, is honoured to be the new NATO contact in Belgrade.

“We hope that we will be able to make Serbia and NATO cooperation even stronger, with full respect for Serbia’s non-alignment. We think that there is a lot of potentials to make cooperation stronger for the well-being of nations across Europe,” said ambassador Bjornstad at the reception organised by the NATO Military Liaison Office, where the transfer of duties between the embassies of Greece and Norway took place. 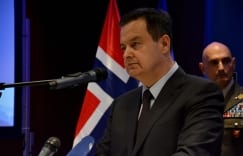 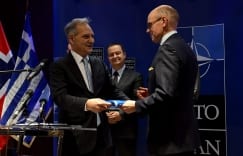 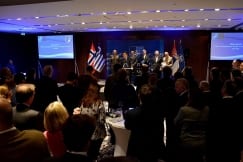 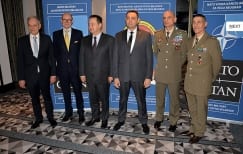 US Secretary of State Anthony Blinken thinks the war in Ukraine is far from over, despite the withdrawal of Russian troops from the vicinity...
Read more

Ukrainian President Volodymyr Zelensky has appealed to NATO leaders to increase military support for his country against Russian forces, warning them that their next...
Read more

Biden Arrives In Brussels With New Sanctions For Russia

US President Joe Biden has arrived in Brussels for talks with European leaders on Russia's invasion of Ukraine. He will present US plans for...
Read more