Commercial agreement was signed with the IT...
Read more

Serbian Prime Minister Ana Brnabić led today the central state ceremony on the occasion of the Statehood Day, in memory of February 15, 1804, when the First Serbian Uprising began and when the first Serbian Constitution was proclaimed in 1835

The central state ceremony was held in Orašac where the uprising was erected under the leadership of Karadjordje Petrović.

“Today we are marking the 215th anniversary of the modern Serbian state. The beginning of the First Serbian Uprising, 15 February 1804, marked the beginning of the transition process of an economically backward Ottoman province into one of the freest societies in Europe of the Napoleonic era,” said Prime Minister Ana Brnabić.

“We respect all our partners and we keep our word. Therefore, we are internationally recognised today as a reliable partner and Serbia’s positions are respected whether or not our partners share the same views.”

“I wish you a Happy Statehood Day of the Republic of Serbia! Long live Serbia!” said Prime Minister Brnabić.

Minister of European Integration Jandranka Joksimović, Minister without Portfolio in charge of Innovation and Technological Development Nenad Popović and Minister of State Administration and Local Government Branko Ružić, were also present at the ceremony marking Statehood day of Serbia.

Prime Minister Brnabić and RS President Cvijanović laid a wreath at the monument to Karadjordje at the Orašac Memorial. 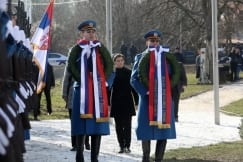 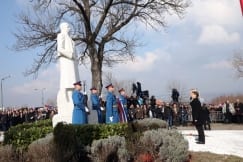 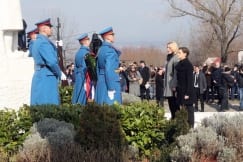 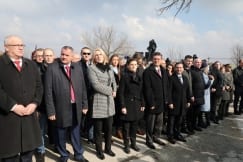 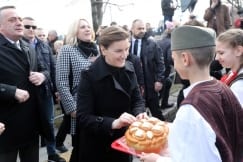 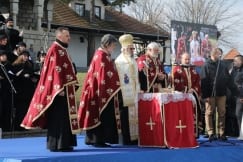