"Russia will not be a credible partner, so it is economically and politically wrong to count on cooperation with...
Read more
17 October 2017
Facebook
Twitter
Email

With the aim of promoting networking among foreign and domestic businessmen, 12 individual one-on-one meetings lasting ten minutes each were organised, having previously been determined by a drawing of lots.

This SBM was attended by 26 companies from different business sectors, whose representatives were able to connect and expand their base of contacts, with the aim of developing their businesses and acquiring potential partners.

Following the culmination of the formal meetings, a networking reception was organised for all participants, during which company representatives used informal meetings as an opportunity to continue connecting and exchanging additional information with fellow attendees. 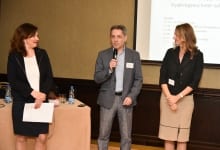 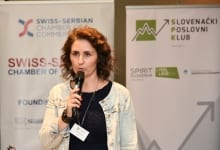 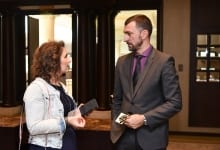 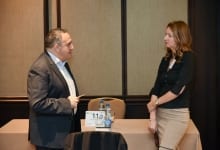 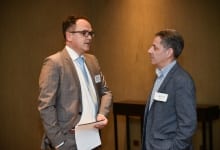 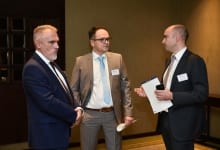 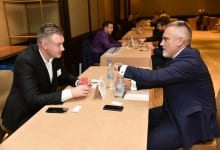 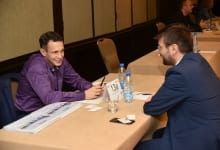 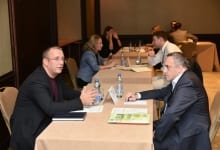 Ana Grujović, Executive Director Of The Swiss-Serbian Chamber Of Commerce

This year was marked by an increase in the number of chamber members, expansion of the network of institutional partners in Switzerland and the...
Read more

WORKING VISIT OF GENEVA CHAMBER OF COMMERCE DIRECTOR GENERAL In early July 2022, at the invitation of the SSCC, Geneva Chamber of Commerce Director...
Read more

SPK, The Place For Connections

Through intensive and rich activities, the Slovenian Business Club works on continuously improving cooperation between the economies of Serbia and Slovenia, as well as...
Read more

Why we can (not) use e-signature in labour agreements, which labour law documents are fully using e-form, is our Employment Act loosing a pace...
Read more