Traditional humanitarian run CorD Charity Masters was held on 15th May as a part of the 35th Belgrade Marathon. This...
Read more
3 October 2018
Facebook
Twitter
Email

Prime Minister Ana Brnabić told tonight the winners of the public call for funding innovative projects that they are an important part of Serbia’s economy based on innovation, knowledge and entrepreneurship. 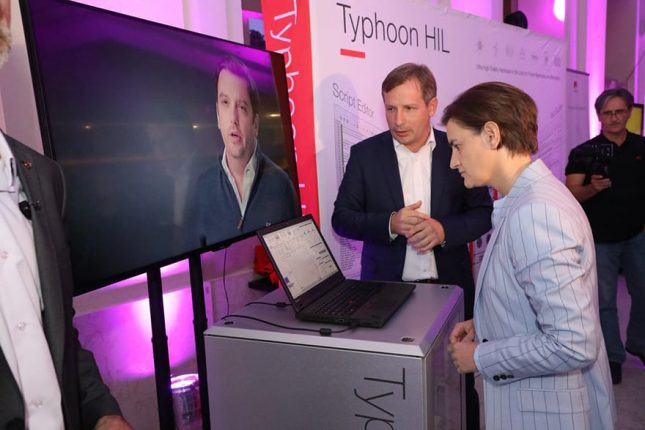 Brnabić attended a ceremony at the Yugoslav Film Archives Museum where, together with representatives of the European Union and the World Bank, she delivered certificates of funding and realisation of 22 innovative projects financed with €3 million from the Innovation Fund.

She said that the state will create a legal framework so that all of us together could promote a different economic growth paradigm.

The Prime Minister said that a healthy, sustainable economy is based on start-ups, entrepreneurship, and small and medium-sized enterprises, which are the spine of a healthy economy.

Entrepreneurs are people who are brave enough, persistent and believe in their ideas, the Prime Minister said, adding that this year the government of Serbia has allocated about €6 million to support innovative projects.

We will try to set aside more money from the budget next year, but also to get greater support from partners from the EU and the World Bank, she added.

Ivan Rakonjac, the Director of the Innovation Fund, said that 22 out of 218 submitted projects will be financed this year, and the total budget is €4.5 million, of which €3 million is given as a grant, and €1.5 million is provided by the companies themselves.

Regional Director of the World Bank for the Western Balkans Linda Van Gelder said that innovation through job creation has a significant impact on economic growth, but that there are usually two reasons why it sometimes does not work.

Companies are reluctant to opt for innovation and accept new technologies, and the state is also reluctant to fund innovative solutions, Van Gelder pointed out, adding that Serbia is an exception.

According to her, Serbia is one of the first countries in the region that decided to set innovation as an imperative.

Head of the Delegation of the European Union to Serbia Sem Fabrizi said that the Union was the first partner of the Innovation Fund when it was founded in 2011 and that a donation of €8.4 million was granted when 55 innovative projects were financed.

Fabrizi noted that the revenues generated and the jobs that were open exceeded all expectations.

Good ideas and good funding create jobs, bring growth and prosperity, Fabrizi said, and stressed that science is not a cost, but an opportunity for the country.

Minister of Education, Science and Technological Development Mladen Sarcevic also attended the ceremony, and company Glas Slipper presented its project – a new line of women’s shoes combining carbon fibre with a design for fast and easy change of high heels, as well as company Alfa Klima – a new design for production of heat pumps based on propane.