Company Sekopak, the leader in the field of managing the recycling of packaging waste, has opened the first dam in Serbia for the defence against packaging waste in Batnjik on the River Raška.

“Sekopak, along with its founders, should be a role model for all other companies when it comes to environmental protection. This is a pilot project, the importance of which was recognised by the state, and if good results are confirmed, as we believe they will be, the plan is to support the opening of these kinds of dams along with other rivers throughout Serbia,” said Minister Nedimović.

This will not only prevent packaging waste from flowing down the river but will also ensure it is re-used thanks to the recycling industry. The dam’s design and materials ensure it does not damage river ecosystems, flora and fauna, and it is composed of elements made of high-quality stainless steel.

This project, worth €100,000, is funded by Sekopak with the support of partners from Apatin Brewery and companies Tetra Pak, Knjaz Miloš, Ball, CRH and the Municipality of Raška.

In the past seven years, thanks to its partners and collection network, Sekopak has collected and submitted for recycling more than 60,000 tonnes of packaging waste. 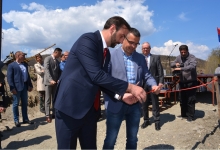 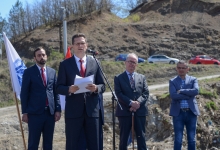 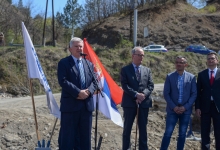 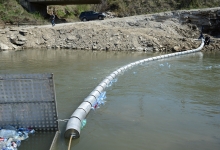 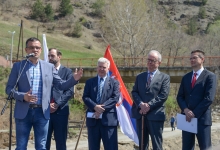 Serbia has the most beehives per capita, said Minister of Agriculture, Forestry and Water Management Jelena Tanasković. Minister noted that the number of beehives is...
Read more

Pledge Of Sustainability For Years To Come

Improved management of water resources in the brewing industry, the design of a more sustainable business model and development of innovative, circular economy-based solutions...
Read more

Argentinian Meat Can Now Be Imported Into Serbia

After years of work, Argentina has added a new destination for its boneless beef. The Republic of Serbia has opened its market for one...
Read more

Serbia To Start Food Export To Saudi Arabia After 40 Years

Deputy Prime Minister and Minister of Agriculture, Forestry and Water Management Branislav Nedimovic met yesterday with representatives of the Food and Drug Administration of...
Read more

Ball Packaging Serbia produces about 1.5 billion cans a year, of which last year 55% were exported to more than 20 markets around the...
Read more

Focused On People And The Planet

Apatin Brewery announces several projects by the end of the year that will have a strong impact on increasing the use of green energy,...
Read more