The group of African Ambassadors accredited to...
Read more

Today the Commissioner for Information of Public...
Read more

A commemorative postage stamp issuing on the...
Read more

Serbian becomes first player in the Open Era to win every Grand Slam twice Down two sets, but never down...
Read more

The Office for IT and eGovernment presented today at the State Data Centre in Kragujevac a unique platform “Smart...
Read more
25 July 2019
Facebook
Twitter
Email

The Egyptian Embassy in Belgrade hosted a round table on contemporary Egyptian art with the participation of Egyptian artists Hanafi Mahmoud and Asmaa El Desouki, at the end of their extended tour in Serbia.

The event marks the end of a tour of Serbia during which they participated in several technical meetings with Serbian counterparts.

Dr Asmaa El Desouki is a lecturer at the Faculty of Fine Arts, Helwan University, and Hanafi Mahmoud an Egyptian plastic artist.

In his opening remarks, the Ambassador of the Arab Republic of Egypt to Serbia H.E. Amr Aljowaily, who hosted the seminar at the residence in Belgrade, highlighted that the original invitation for the artists was to participate in the Art Colony “jegrička” in Temerin at the commended initiative of Member of Parliament, Bojan Torbica, as coordinator of cultural activities of the parliamentary friendship group with Egypt.

“The Embassy was keen to extend the visit to include the cities of Jagodina and Leskovac, with whose municipalities the Embassy increasing in cooperation, in addition to the capital of Belgrade”, Aljowaily added noting “the tour contributed to the presentation of contemporary Egyptian art to Directors of exhibitions and museums who attended the round table.” 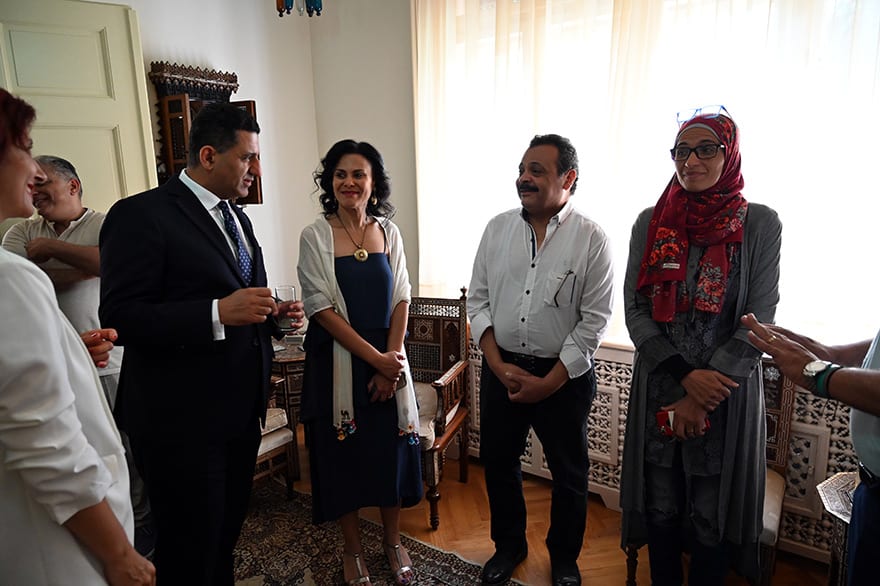 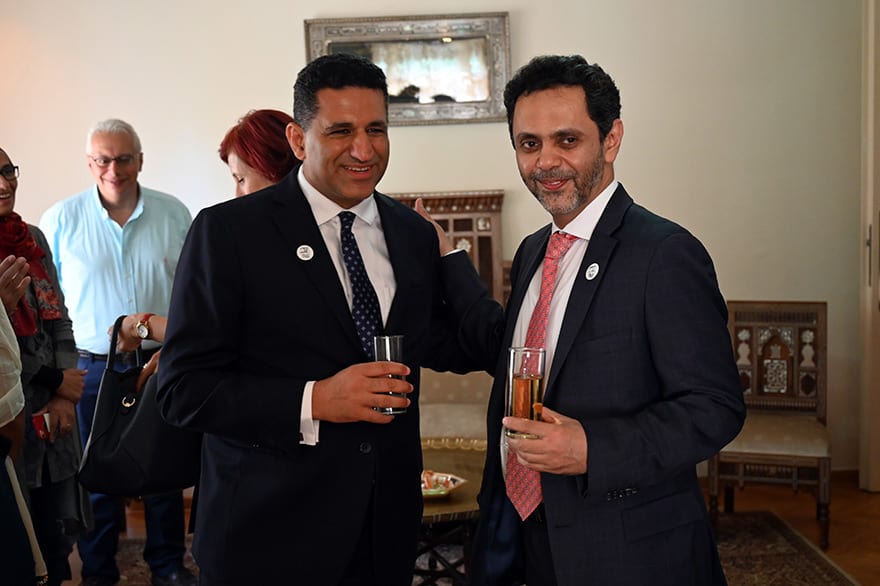 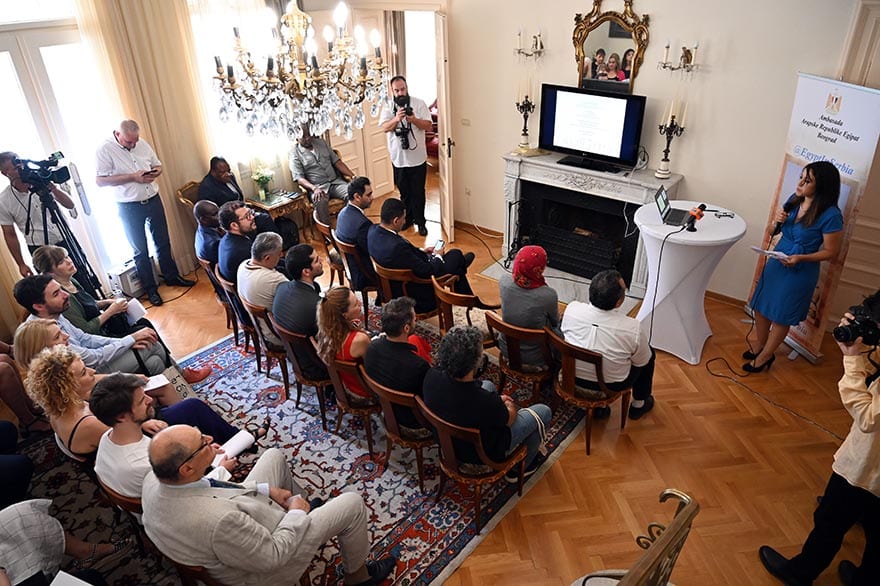 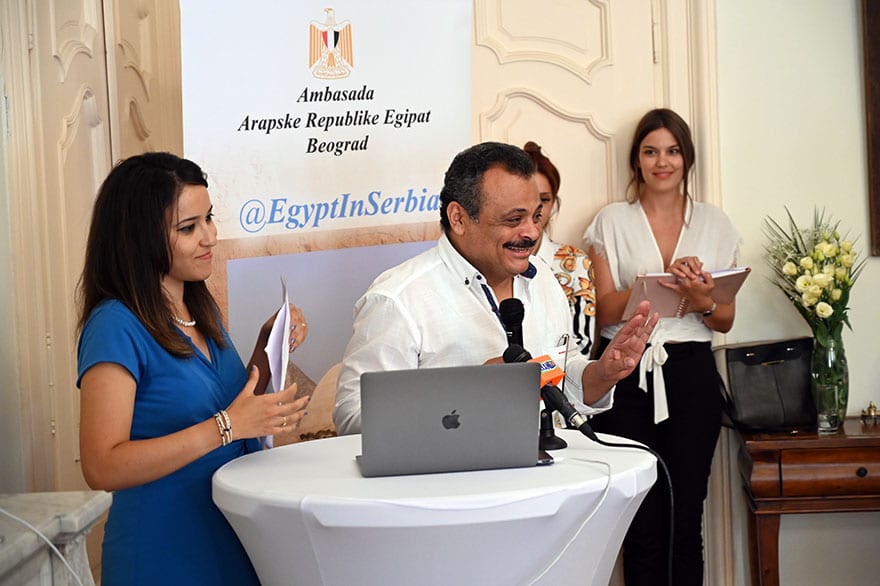 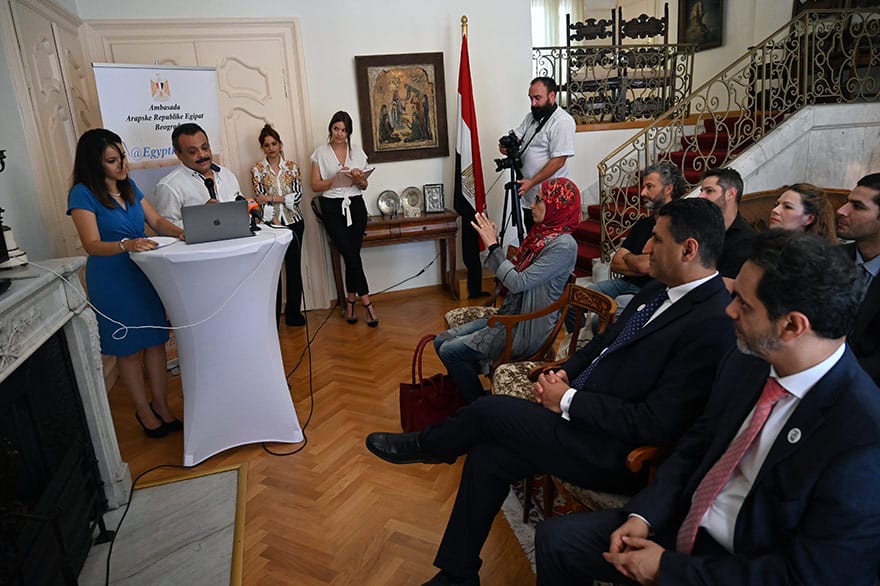 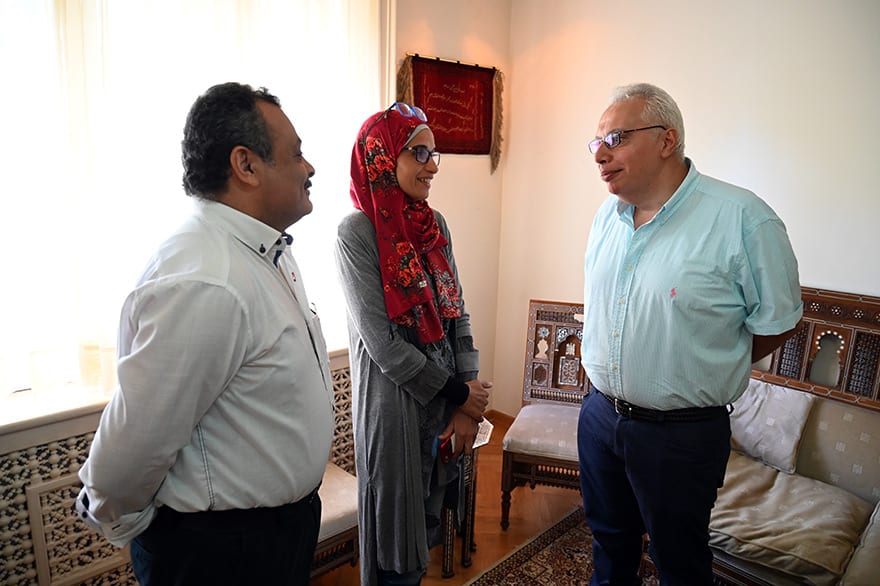 On their part, Plastic artist Hanafy Mahmoud and Dr Asma El-Desouki, presented their art based on their academic studies in Egypt and inspired by the architectural heritage of Egypt and the Arab countries. The two artists summed up their tour of Serbia by praising the beautiful landscapes that left a lasting impression on them and will affect their future artistic experiences, also contributing to the strengthening of peoples to peoples relations between the two countries. The audience at the round table, which included a number of young Serbian artists and a distinguished local media audience, showed their interest by asking many questions about the development of contemporary Egyptian art, especially the creative works of young artists, and proposed institutional cooperation between the faculties of fine arts in Egypt and Serbia.
Facebook
Twitter
Email