OTP Banka Srbija organised a gala celebration in the Belgrade Hyatt hotel marking ten years of the bank’s operation on the Serbian market and successful completion of the financial transaction by which OTP Banka Srbija became the one hundred per cent owner of Vojvođanska Banka.

The many guests were welcomed by President of OTP Banka Srbija Board of Directors Laszlo Wolf and Chairman of the Executive Board Predrag Vasić, who announced the bank’s objectives for 2018.

“One of the most important tasks is to ensure continuity in the quality of the services we have been providing to our clients for a decade, and which will be at an even higher level by merging OTP Banka and Vojvođanska Banka”, said Vasić. “The second task is to continuous integration, which we expect to be completed by the spring of 2019.”

President of Vojvođanska Banka Executive Board Predrag Mihajlović greeted the guests on behalf of the bank that has been working for 149 years and is one of the best known domestic brands.

He pointed out that during the integration period the two banks will continue to operate as separate legal entities, separate banks, but that they will jointly provide the best of services to their clients.

Following this the President of Vojvođanska banka Executive Board presented a 3-million-dinar donation to the representative of UNICEF, Vesna Savić Đukić, for the project Sport for All.

This project aims to contribute to the social inclusion of children with disabilities by creating opportunities for joint play, recreation and sports. The money provided by the donation from Vojvođanska Banka, a member of the UNICEF Friends Club, will be used for the Sport for All project in three Serbian municipalities. 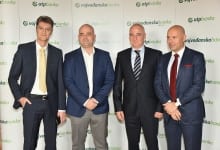 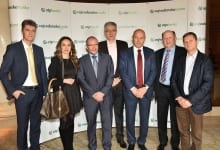 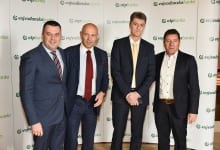 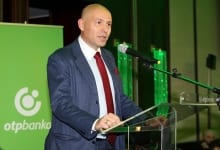 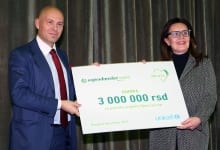 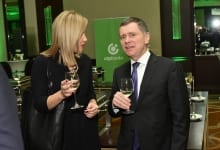 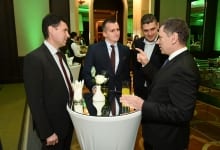 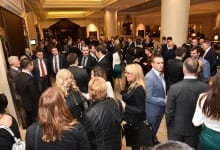 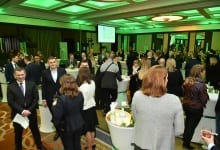 Our Goal Is To Be The Leading Digital Bank In Serbia

Banking services consumers are increasingly demanding independence in their work, without the obligation of going to a branch. The tendency is that branches will...
Read more

Following May 2021’s successful completion of the region’s most complex integration process, OTP Banka Srbija succeeded in maintaining and fortifying its position as the...
Read more

In cooperation with Google and Mastercard, OTP banka Srbija enables its clients to pay quickly, easily and securely by phone via Google Pay. This...
Read more

OTP Group announced the completion of the procedure for the purchase of Alpha Bank Albania. With this successful transaction closing, the Albanian operation of...
Read more

We create value through our distinctive approach, which places the client at the centre of everything we do at OTP banka. Whether providing capital...
Read more

Learning is a process that continues from the very moment of a person’s birth. It is for this reason that many view this process...
Read more

Catherine Russell took office today as UNICEF’s new Executive Director, becoming the fourth woman to lead the organization in its 75-year history. “It is an...
Read more