The Festival of Italian Film, held this year at the Yugoslav Cinematheque Film Archives from 6-9th December, has once again offered a selection of the best Italian films produced in the last two years.

Film lovers had the opportunity to see five films of different genres, with the festival opened by Alessandro Aronadio’s comedy Ears, in which one of the roles is played by Milena Vukotić, an Italian actress of Montenegrin origin.

Next, were shown films The Legendary Giulia and Other Miracles and They Call Me Jeeg Robot, by Gabriele Mainetti, and Vincenzo Salemme’s Se mi lasci non vale, while the festival closed with Claudio Caligari’s drama Don’t Be Bad.

The festival was opened by Davide Scalmani, Director of the Italian Cultural Institute in Belgrade. 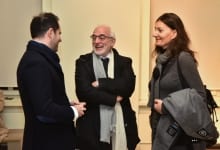 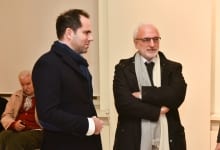 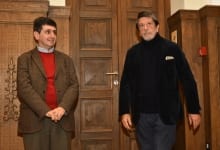 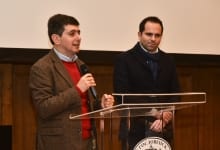 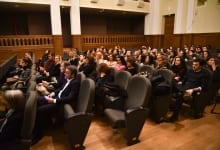 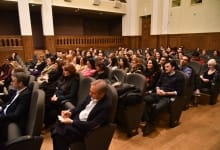 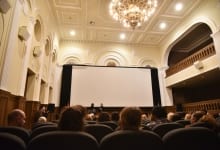 On the VII Week of Italian Cuisine in the World, which began on November 14, the Italian-Serbian Chamber of Commerce, in collaboration with Porta...
Read more

According to the results published after the polls closed, the right-wing coalition led by the Brothers of Italy party, headed by Giorgio Meloni, is...
Read more

The Day of the Italian Republic was celebrated at the Italian Embassy. On that occasion, Ambassador Carlo Lo Cascio said: "We live in...
Read more

Italian Minister of Foreign Affairs and International Cooperation, during his visit to Serbia Belgrade, 21st June 2021

“The enlargement process in the Western Balkans is a strategic priority of the European agenda and we will continue to do everything in our...
Read more