JTI supports the decision of the Government...
Read more

A-Class With perfectly balanced overall proportions, a loving and high-quality attention to detail in its design, the latest generation of...
Read more

On the occasion of the Day of German Unity, in the Botanical Garden in Belgrade, the Embassy of Germany...
Read more
8 June 2018
Facebook
Twitter
Email

After the introduction of the free and secure Internet in all schools in Serbia, the next goal is to provide digital teaching services, State Secretary of the Ministry of Trade, Tourism and Telecommunications Tatjana Matić said at the New Technologies In Education Conference.

This year 200 million dinars were allocated for equipping a local computer network in 200 primary and secondary schools in Serbia. It is necessary to provide infrastructure projects in order to introduce digital teaching services as soon as possible and to train teachers to meet the needs of our children, said Matić at the opening of the conference “New Technologies in Education” organized by British Council, which gathered in Belgrade about 3500 teachers. 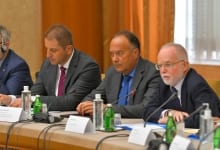 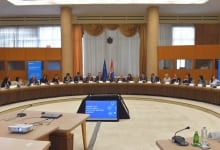 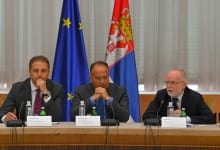 British Ambassador to Serbia Denis Keefe at the opening of the conference said that in the UK in 2015, the turnover in the digital industry was £170 million and that since then, the number of digital companies has grown by 25% per year. He emphasized the importance of the governments of the region showing a willingness to cooperate in the digital field. He added that the region’s education ministers agreed on the recommendations for a digital transformation of the education system that will be presented on July 10 at the Western Balkans Summit in London under the Berlin Process.

“Digital literacy is one of the biggest shortcomings in education and lagging in relation to other areas such as medicine and banking. That is why it is essential that the teaching is innovated and that we raise children’s skills, and the role of teachers is crucial in that”, said Andrew Zerzan, director of the British Council’s curriculum. 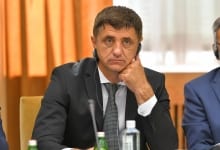 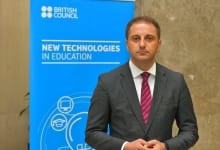 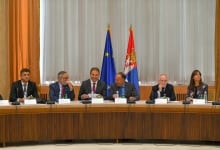 The British Council in Serbia and the region is implementing the program “Schools for the 21st Century”, which includes 60 schools. Each school received a Microbit coding and programming computer, that has been used for years in UK teaching and has shown excellent results. In the framework of the conference, the competition of students from the schools in the region that are applying Microbit in the classroom was organized. They will today be given a concrete task to solve a problem with the help of Microbit devices. The winners will be announced on Saturday, on the second day of the conference.

Microsoft’s Director for Serbia, Željko Vujinović, announced that, for all teachers in Serbia, manuals in the Serbian language will be available on Monday for the use of the Minecraft game in the educational process. Teachers will be able to see in the language education.minecraft.net in Serbian language manuals how they can use the game in chemistry, biology, mathematics, literature, programming and technical classes.

The British Council’s New Technology Conference is organized for the fifth consecutive year in order to present experiences on the use of new technologies in the learning process, digital content development, algorithmic thinking and coding through a series of lectures and workshops, teachers and teachers.

Air Serbia is planning to introduce flights to China by the end of the year, it was announced by the Minister for Trade, Tourism...
Read more

According to the latest official data for March, the price of food and non-alcoholic beverages in Serbia rose by 15.7 percent. The Confederation of Independent Trade...
Read more

Serbian Minister of Trade, Tourism and Telecommunications Tatjana Matić officially opened the 43rd International Tourism Fair. She said that the visit of a large...
Read more

"Foreign exchange inflow from tourism in Serbia in 2021 amounts to one billion and 596 million euros, which exceeds the most successful 2019 so...
Read more

Serbia is expected to hold an auction for allocating frequencies for 5G networks to mobile network operators around the middle of 2022, minister of...
Read more