The IV annual conference “Way Out of Shadow Economy” organised on 22 May at the Palace of Serbia, presented the new National Program for Countering Shadow Economy which stipulates reduction of shadow zone operations by nearly 200 million euros and at least 11,000 workers and 9,000 businesses transitioning from the shadow zone to legal flows over the next two years.

The Program developed by the Government of Serbia and NALED with the support of German Development Cooperation, involves 36 measures and 153 activities, classified into five goals – more efficient inspection oversight, improving the work of Tax Administration, introducing incentives for legal business and employment, reducing the administrative and para-fiscal burden to businesses, raising awareness on the importance of countering shadow economy.

“In 2018 we recorded a budget suficit of 32.2 billion dinars, due to a better collection of revenues by nearly 90 billion dinars, which largely stemmed from the systemic countering of the shadow economy. We realized a series of key measures including the new procedure for registering seasonal workers, tax exemption for start-ups, adoption of the Law on Fees, finalized pilot phase of the development of eInspector system and established working groups for reforming the lump-sum taxation and improving the fiscalisation system,” said the Prime Minister of Serbia Ana Brnabić, highlighting that shadow economy will remain one of the Government’s top priorities. 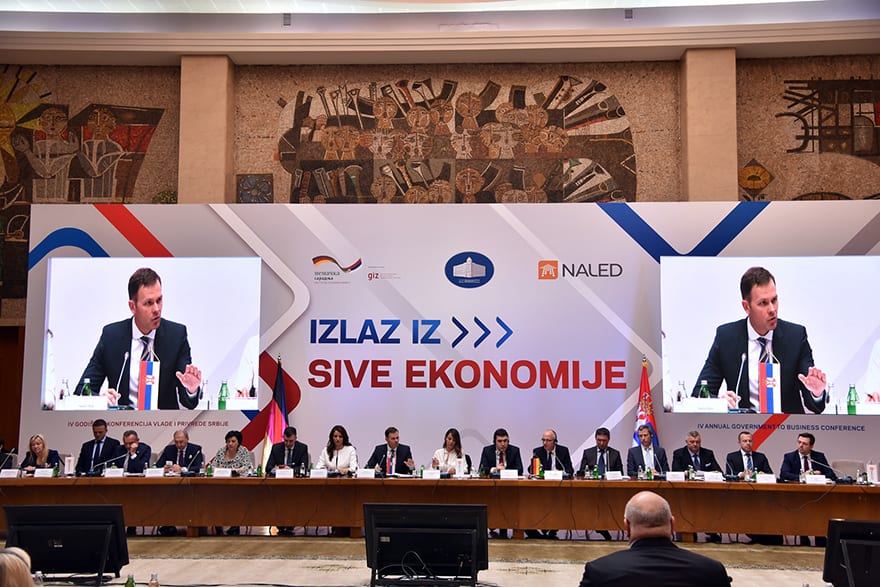 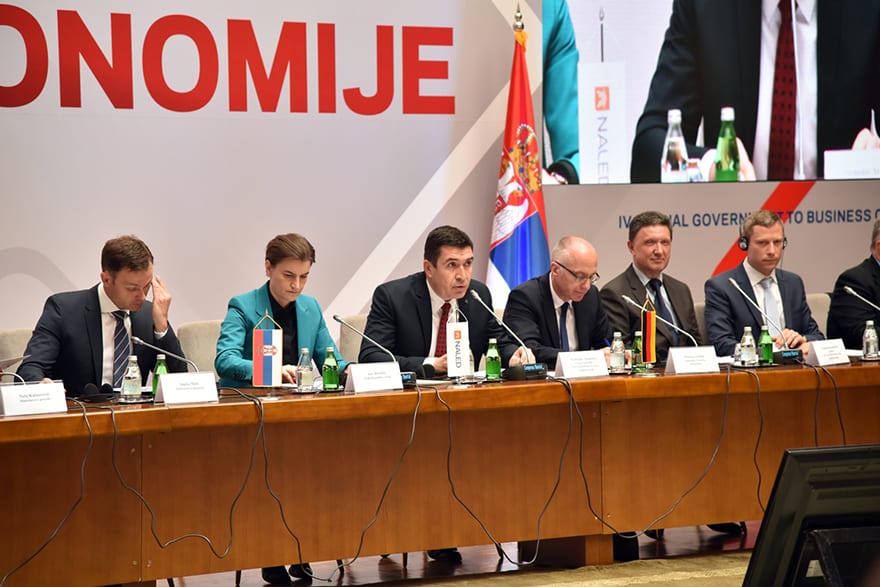 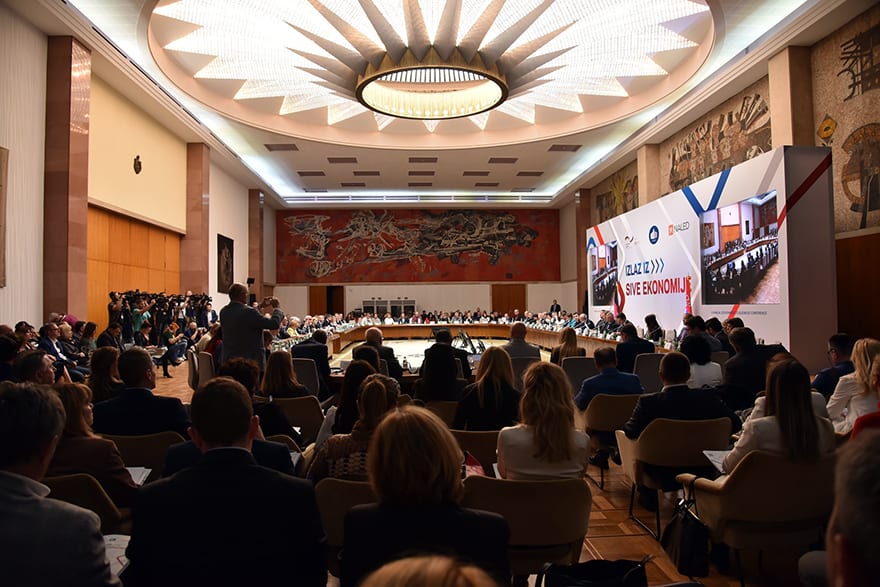 [Show thumbnails]
Strong support in reducing the scope of the shadow zone is provided by the Government of Germany and German Development Cooperation (GIZ) through projects that supported the development of entrepreneurship and the countering of informal employment. Over the first five months of application, the electronic registration of seasonal workers via the web portal or mobile application has been used by more than 110 employers, who hired 5,100 seasonal workers in a single click.

“When the state loses tax revenues, it lacks the funds to invest in education, healthcare and infrastructure. This is why we support Serbia in tackling the shadow zone. We are jointly strengthening the transparent and efficient tax system, encouraging entrepreneurship. Through strategies for countering shadow economy Serbia also improves its rule of law, which is the key goal in the EU accession process supported by Germany, with major progress achieved in this field,” said Tomas Schieb, German Ambassador to Serbia.

Member of NALED MB Svetoslav Atanasov said that the priority measures for businesses, which would encourage legal operations, cut the red tape and the expenses, such as the new procedure for registering seasonal workers which saved 15 million euros for agricultural households and businesses.

“In NALED’s survey, even 79% of businesses stressed that high salary taxes and contributions are the main causes of the shadow economy, which makes the reduction of tax burden one of the most important measures. It is also important to expand the scope of the program Start-Up Legally and the system for reporting seasonal workers to the areas of construction, tourism and households works, establish the electronic public registry of fees and charges, and acknowledge new forms of work engagement such as part-time employment, freelance or working for a foreign employer, with much room for involving workers into the legal flows,” said Atanasov.

Within the event, the members of the GoS’ Coordination Body for Countering Shadow Economy, chaired by the Minister of Finance Siniša Mali, and businesses gathered in NALED’s Fair Competition Alliance, considered additional priority measures of the Action plan, such as the inspections capacity building, countering illegal construction and shadow economy in the field of transport, improving the processing of shadow zone operations etc.