Investing In The European Future Of The Western Balkans

Speaking at a conference organised by the European Movement in Serbia and the International European Movement, with the support of the European Investment Bank, the Head of the EU Delegation to Serbia, Sem Fabrizi, said that Serbia has done a lot on the economic front in recent years and that political dynamism exists in the country’s EU accession process, but that reforms must continue in order for Serbia to further progress and open new chapters.

Companies from EU member states already employ 200,000 citizens in Serbia, while since the start of the negotiation process 15 years ago the EU has invested about €3 billion in Serbia through grants.

Announcing that Serbia would soon open new chapters in the EU accession process, Fabrizi also highlighted the need to reform the state administration, as well as the importance of reforms related to the rule of law.

Also speaking at the conference were Gordana Lazarević, President of the Economic and Business Forum of the European Movement in Serbia, Hakan Lucius, Head of Corporate Responsibility and Civil Society at the European Investment Bank, and Nenad Đurđević from the Chamber of Commerce & Industry of Serbia. 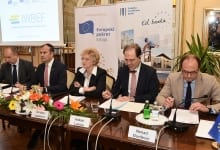 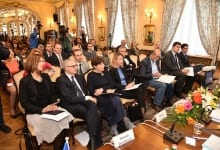 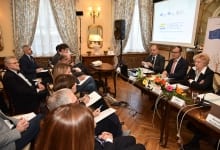 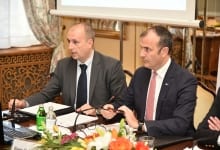 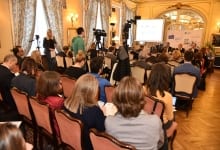 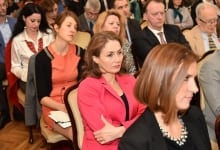 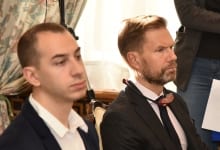 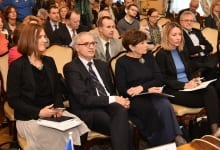 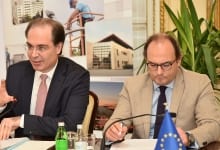 The European Investment Bank (EIB), the bank of the European Union, will continue to provide hands-on support for fast, sustainable and green investments for...
Read more

Ambassador of Italy to Serbia, H.E. Carlo lo Cascio was the host of the reception in honour of the Head of the European Union...
Read more

Head of the EU Delegation to Serbia, Ambassador Sem Fabrizi, and President of the Paralympic Committee of Serbia, Zoran Micovic, visited today the training of Paralympic athletes...
Read more

By 2020, 37% of European firms had still not adopted any advanced digital technology, compared with 27% in the United States. The slow adaptation...
Read more