Improvement Of Business Environment In Serbia

Prime Minister Ana Brnabić and Vice President of the International Finance Corporation (IFC) Georgina Baker signed today an Agreement on Cooperation between the Serbian government and the IFC in support of the implementation of the Project for Improving Business Environment in the Republic of Serbia.

The signing of the Agreement was attended by IFC Regional Director Thomas Lubeck and Ambassador of Great Britain to Serbia H.E. Denis Keefe.

The Business Environment Improvement Project, supported by the United Kingdom of Great Britain, will last until 1 January 2021.

The aim of this agreement is to reduce the red tape that businessmen are facing by analyzing 1,750 administrative procedures related to business and making recommendations for their simplification, optimization or abolishment. One of the goals is also to enable the implementation of 100 procedures electronically.

The project is expected to make savings of at least $8 million for the economy and improve competition by eliminating at least two anti-competitive practices in selected areas.

The Prime Minister emphasized that e-government is the key to solving the three biggest problems that the state administration faces, which are problems of efficiency, transparency and corruption.

Ana Brnabić stressed that digitization will also bring a significant reduction in administrative burdens, which will improve the development of the private sector and entrepreneurship.

Representatives of IFC praised the efforts of the Serbian government to create a better business environment that would allow for increased investments, foreign direct investment, strengthening competitiveness, increasing employment and living standards of citizens. 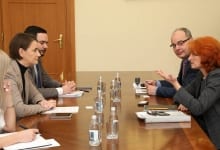 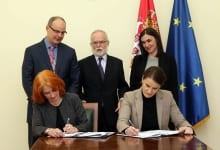 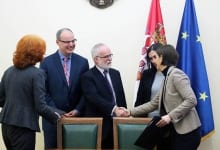