France and Serbia Mark the End of the Great War

The Nikola Tesla Museum, founded as the first technical museum in Yugoslavia and the only one that preserves the...
Read more
7 September 2018
Facebook
Twitter
Email

The centennial of the end of the First World War is being celebrated in numerous events in Serbia, some of them organized by the Embassy of France.

The central ceremony will be held in Paris on 11 November. President Emanuel Macron will then host more than 80 heads of state, including President of Serbia Aleksandar Vučić.

At a news conference, Ambassador of France H.E. Frédéric Mondoloni presented to the media the events that France is organizing on the occasion of the centenary of the end of the Great War, and said: “We know how much courage the Serbian people showed during the war, we know that Serbia lost more than a quarter of the population and together with France was one of the countries most affected by the war. That was a conflict that founded our sincere friendship”, said Ambassador Mondoloni. 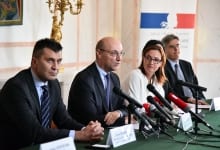 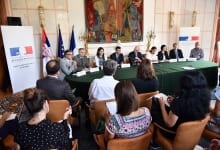 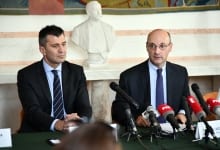 He also said that the cooperation between France and Serbia continues today through a joint effort to defend stability and freedom, while in his country, he stressed, supports all initiatives leading to stability.

Among the main events during the celebration of the 100th anniversary of the end of the Great War, Mondoloni announced a large reception on the occasion of 1 November – the Liberation Day of Belgrade, marking the November 11 truce – and a reception in honour of the publication of the war diary of the French Marshal and Serbian Duke Franchet d’Espèrey with the laying of a wreath at his monument

A caravan of French film through Serbia will be organized with a travelling exhibition “Our History, Our Memories”, two scientific meetings in cooperation with the Balkan Institute and the Military Academy, and on 23 September, a large concert in “Kolarac”.

Serbian Minister of Labour, Employment, Veteran and Social Affairs Zoran Đorđević said that it is Serbia’s right and duty to celebrate the 100th anniversary of the end of the First World War, during which France stood side by side with Serbia and ground out victory and freedom.

He thanked France as a partner of Serbia on its path to the EU.