H.E. Ambassador of Qatar to Serbia, Sheikh Mubarak Fahad J.M. Al-Thani, hosted a reception to mark his country’s national day, at which he said that the two countries have very friendly relations.

Noting that many Serbian people are among the more than 1.5 million foreigners working in Qatar, the Ambassador reminded attendees that Serbian company “Energoprojekt” has been doing business in Qatar successfully for 25 years already.

The reception, held at Belgrade’s Hyatt Regency Hotel, was attended by representatives of the Serbian government, the diplomatic corps, religious communities, and other figures from political, cultural and public life. 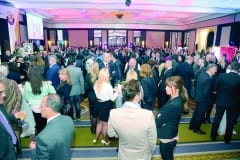 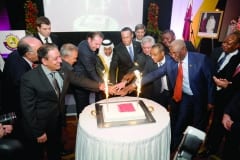 US Ambassador Hosts a Night of American Fashion