The ambassadors of Germany and France in Serbia, H.E. Thomas Schieb and H.E. Frédéric Mondoloni, hosted a reception marking the 56th anniversary of the signing of the Elysee Treaty.

“After decades of hatred and animosity, Germany and France have finally learned lessons and decided to work together to make both countries and the whole Europe progress. In this way, the meaningless confrontation, which led to the destruction of the entire continent, turned into a motor of integration and unification of the whole of Europe,” said Schieb.

“Let us not forget that this was possible only with sincere reconciliation,” he noted and reminded that today German Chancellor Angela Merkel and French President Emanuel Macron signed a new agreement on strengthening German-French relations.

“At this time of growing populism, we need a strong and united Europe to be led by the rule of law,” said Ambassador Schieb.

Ambassador Schieb said that this agreement does not replace the Elysee Treaty, but shows that with joint efforts we can face future challenges.

He also said that one of the concrete examples of cooperation between the two countries is a joint master program in the field of public administration and administration.

“This is a model that can be useful both in the region and in Serbia, and we hope that it will also inspire some ideas of cooperation with countries in the region that are aiming towards European integration,” said ambassador Mondoloni.

Minister of the Public Administration and Local Self-Government Branko Ružić also addressed attendees and said that reconciliation is essential not only for Germany and France but also for our entire region.

The Minister said that public administration reform is one of the foundations of reforms in the process of European integration, stressing that last year was very active in this respect because several laws in the field of public administration were adopted, among which were the Law on Inspection and e-government.

The Minister pointed out that Serbia succeeded in implementing these reforms and with the support of European partners, including Germany and France. 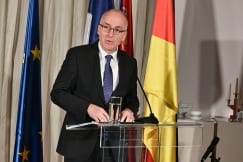 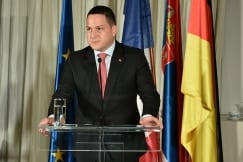 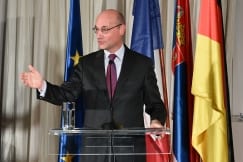 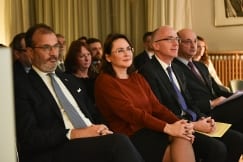 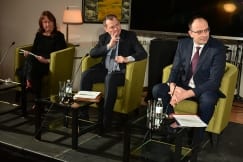 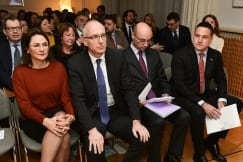 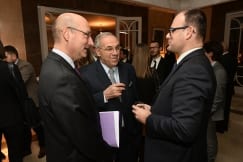 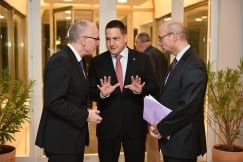 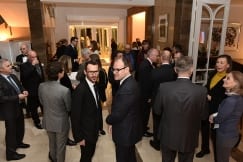