Exhibition The Kingdom of Denmark-from Copenhagen to the Arctic

The Nikola Tesla Museum, founded as the first technical museum in Yugoslavia and the only one that preserves the...
Read more
24 October 2017
Facebook
Twitter
Email

An exhibition of photographs entitled The Kingdom of Denmark – From Copenhagen to the Arctic was officially opened on the Sava promenade at the Belgrade Fortress in the presence of Danish Ambassador H.E. Anders Hougård, Minister of Labour, Employment, Veteran and Social Affairs of the Government of the Republic of Serbia Zoran Đorđević, Undersecretary for Culture of the City of Belgrade, Milan Lazović, and Director of JP Belgrade Fortress, Petar Andrijašević.

The photo exhibition is a gift from the Embassy of the Kingdom of Denmark to mark the 100th anniversary of the establishment of diplomatic relations between Denmark and Serbia in cooperation with the JP Belgrade Fortress. 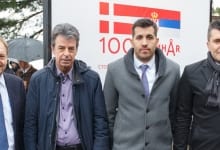 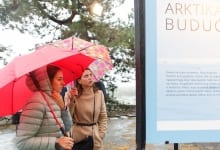 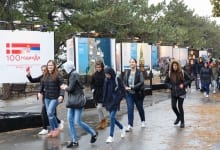 Opening the exhibition, the Ambassador of the Kingdom of Denmark, H.E. Anders Hougård, said: “This year, the Danish Embassy will organise a number of cultural events – from film screenings to exhibitions, all on the occasion of the 100th anniversary of the establishment of diplomatic relations between Denmark and Serbia. I am proud to present an exhibition that arrives straight from the North and offers an insight into the natural and urban richness of the Kingdom of Denmark. Through this exhibition, we will show you how much we Danes, Greenlanders and Faroese love our Kingdom and take care of it. From the smart solutions developed by our companies for a growing Copenhagen to the sustainable exploration and exploitation of the resources of Greenland, the Faroe Islands and the Arctic.”

“This exhibition best illustrates the achievements of urban planning and sustainability taking us at the same time to the fairy-tale world of the North,” says Belgrade City Undersecretary for Culture Milan Lazović.

The exhibition of photographs is a blend of two exhibitions: Copenhagen Solutions and The Future of the Arctic – Our Future. Two seemingly incompatible areas – urban Copenhagen and the wild Arctic, strongly connected by heritage, culture and the aspiration for a high-quality but sustainable way of life. The photographs show how a city develops, grows, and seeks solutions for further expansion, and also how the mysterious regions of the North function, and how people live, how sustainable development is applied and what are the resources of Greenland, the Faroe Islands and the Arctic.

The exhibition is realised with the support of the Danish companies Novo Nordisk, Grundfos and NIRAS.

Leading The Way To The Farms Of Tomorrow

Denmark serves as a testbed for exploring green farming solutions and generally improving agriculture and its impact on both nature and climate Denmark has been...
Read more