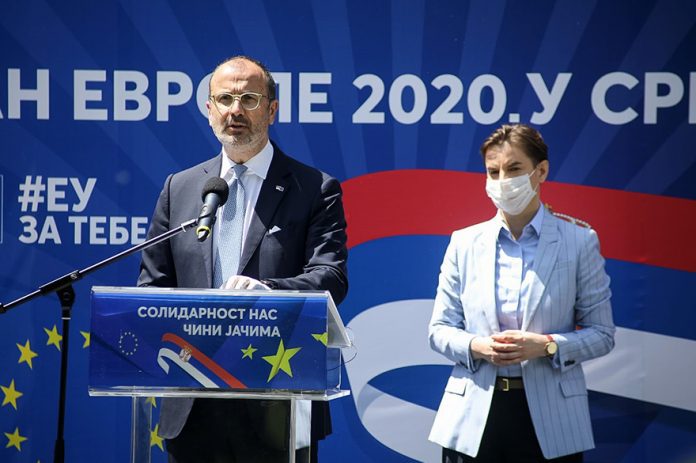 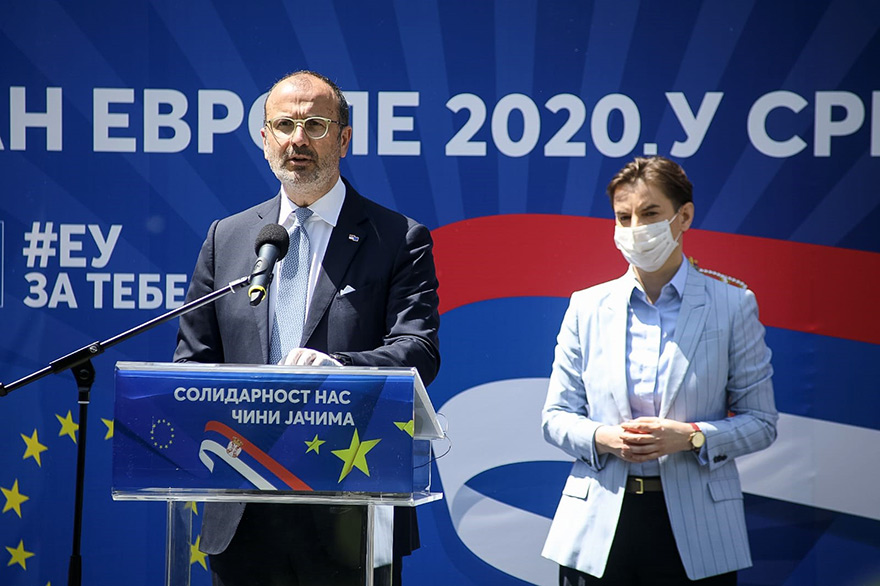 Europe Day symbolizes the promise of peace, prosperity, and solidarity, the Head of the European Union Delegation to Serbia, Ambassador Sem Fabrizi, and Serbian Prime Minister Ana Brnabić agreed in welcome speeches during the central event marking the day

The ceremony was held in the botanical garden “Jevremovac” in Belgrade, attended by guests from the diplomatic corps and the state leadership of Serbia, and was held respecting security measures in preventing the COVID-19 pandemic.

9 May is not the date of a military battle or national uprising, but a celebration of the victory of peace over war, says Ambassador Fabrizi. 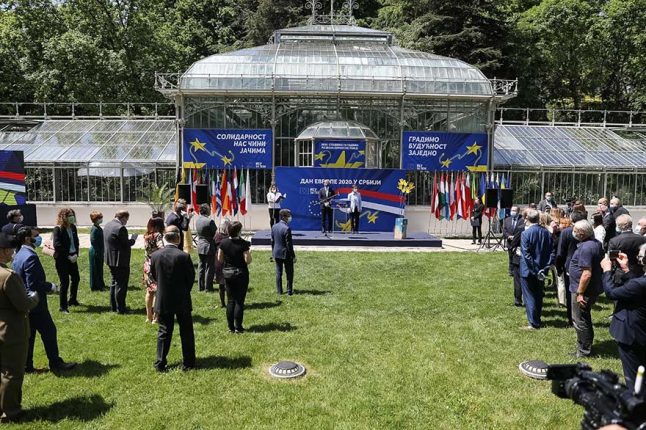 “It is a solemn promise of peace for future generations, a promise that war will not only be unthinkable but also impossible. The principles of this promise are revolutionary, which are visionary but also pragmatic: solidarity, democracy, sharing sovereignty, a model of cooperation. These principles that have kept the EU standing as a beacon of peace, prosperity, and democracy for the past 70 years,” ambassador Sem Fabrizi said.

The Head of the Delegation of the European Union to Serbia also says that the crisis caused by COVID-19 put Europe in front of an unprecedented challenge.

“120,000 people have lost their lives, millions are at risk of losing their jobs, but Europe, despite the uncertainty, has reacted with the necessary courage and generosity and adopted the necessary measures. Thus, the flow of food, essential medical equipment has been ensured, we have delivered solidarity and provided funds. to protect businesses, employment, to weather the storm”, he concluded and reminded that 3.3 billion euros of aid are planned for the region.

Ambassador Fabrizi also thanked Serbia for its commitment to contribute 2 million euros to the European Commission’s COVID-19 vaccine development fund. He adds that the road ahead of us is long and difficult, but it is good to see that Serbia shares the spirit of solidarity that marks the EU. 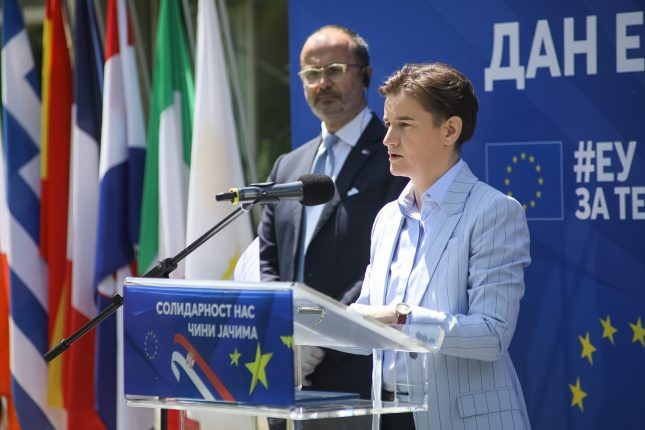 Only together can we overcome challenging times, says Serbian Prime Minister Ana Brnabić. She adds that Europe Day is marked as a memory of Robert Schuman, who paved the visionary path to a united Europe, which then overcame fears, traditional enmities, isolationism, and revenge and brought peace and prosperity.

“The decisions made seven decades ago by the then leaders of Europe can be guidelines for us to respond to the current crisis in a similar way through unity and solidarity. That is why Serbia donated two million euros for the joint fight against COVID-19 and sent planes to help friends in Italy”, the Prime Minister pointed out.

The help of the European Union to Serbia is important, says Prime Minister Brnabić, who also notes that the President of the Republic Aleksandar Vučić in a recent op-ed in the US media drew attention to the fact that the Union is the most important donor in Serbia in the fight against coronavirus, and that in the last 20 years it has strengthened Serbia’s health system and helped with 490 million euros in grants and loans.

The citizens and the Government of Serbia know how to appreciate that, the Prime Minister said.

After the address of Ambassador Fabrizi and Prime Minister Brnabić, a sculpture made of recycled materials by the artist Ivan Kocic was presented, on the topic of European solidarity, and the guests helped to finish it, sticking figurines on a pedestal in the colours of the European Union flag. Also, they could watch a concert of over 100 youth musicians from the European Union.

The year behind us was certainly challenging in terms of health protection. Healthy environment was an essential aspect of these efforts, and in 2020,...
Read more
Cord MagazineLeaders Meeting Point