The EBRD has been implementing the “Support to Small and Medium-sized Enterprise Development Programme” since 2013, with the aim of developing SME operations in Serbia

The programme is realised with the assistance of the Serbian Ministry of the Economy and is funded by the EU.

Over 750 SMEs have been included in the programme and received help from professional consultants in various areas, thereby enabling them to acquire much needed technical skills and knowhow, in order to raise their competitiveness and private sector productivity.

“This programme has been extremely successful, as can be seen in the fact that 77 per cent of the enterprises we advised have increased their turnover by an average of 23 per cent, while over half of the enterprises that sought advice increased their number of employees by an average of 14 per cent,” said Bojana Vukosavljević, Principal Manager at the EBRD – Small Enterprise Advisory Services. 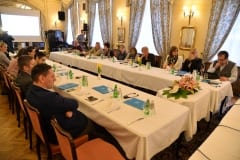 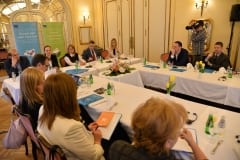 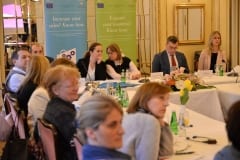 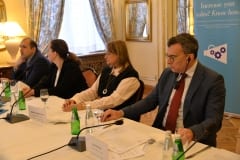 The European Union has agreed on ground-breaking rules for regulating crypto assets, EU lawmakers said on Thursday, as the rout in bitcoin piles pressure...
Read more

Alessandra Moretti Is The New Chair Of EP Delegation To Serbia

The European Parliament (EP) has elected Alessandra Moretti, a member of the Socialists and Democrats from Italy, as chair of the EU-Serbia Stabilization and...
Read more

Against the backdrop of increasing threats to journalists and thus impediments to freedom of expression and freedom to inform, the Council today approved conclusions...
Read more

The leaders of Germany, France and Italy are in Kyiv on Thursday for talks with Ukrainian President Volodymyr Zelenskyy. The need for more weapons,...
Read more