German companies and public institutions should heat their offices to a maximum of 19 degrees Celsius this winter to...
Read more
1 July 2021
Facebook
Twitter
Email

The first Diplomatic Tennis Tournament aimed at supporting early childhood development and pre-school education, took place at Novak Tennis Centre, from 26-27 June 2021. The tournament was held under the auspices of the Cyprus Embassy in Belgrade, in collaboration with the Novak Djokovic Foundation and the support of Procon Group.

The two-day event was attended by representatives of the diplomatic corps in Belgrade and the business community, including sponsors of the tournament, manifesting a joint humanitarian response to early childhood development in Serbia. Likewise, the players represented the diplomatic corps and other institutions, including the Ministry of Foreign Affairs. They played the preliminaries and quarter finals on Day 1, with two semi-finals and the final match taking place on Day 2.

The two-day tournament started with an opening ceremony on Saturday, 26 June, and concluded with the awarding of prizes and cups at the closing ceremony on Sunday evening, 27 June. Participation fee was voluntary. At the end of the tournament, the organisers handed a check to the Novak Djokovic Foundation, with a symbolic yet significant amount that will support children throughout Serbia, mainly through early childhood development and pre-school educational activities and programs.

On the sidelines of the tennis tournament, a creative art workshop for pre-school and school children took place, attracting the attention of some many children on both days of the tournament. The workshop engaged children in numerous activities, such as painting and crafting. Children also participated in a chorus organised as part of the opening ceremony. Other events, including a musical quartet, enriched the whole programme.

The Ambassador of Cyprus to Serbia, Mr. Demetrios A. Theophylactou, underlined that the event was inspired both by philanthropy and care for children, as well as tennis tradition, in Serbia and globally, in light of ATP and WTA tournaments taking place in Belgrade. He said that amongst his priorities is to promote other activities for the benefit of children, as he also attempts to promote sports diplomacy, along with cultural and economic diplomacy. He noted that the idea occurred to him when he had the opportunity to meet Jelena and Novak Djokovic, during the recent tennis tournaments in Belgrade, with whom he shared his ideas and vision.

The Ambassador stated that, though the event was organised in a short time period, it was successful. What is more important, he added, is that both colleagues and sponsors, including the EU Delegation in Belgrade, now share the idea of making this an annual event, starting in 2022.

“It is uplifting to see this humanitarian spirit amongst the diplomatic and business communities”, he said. “This dedication is truly inspiring in our joint efforts to raising awareness, promoting similar humanitarian initiatives and providing solid support to thousands of children in early childhood development and pre-school education. Our actions are complimentary to the systematic work undertaken by other institutions, like the Novak Djokovic Foundation”. 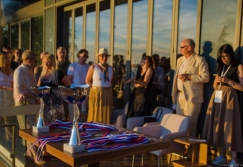 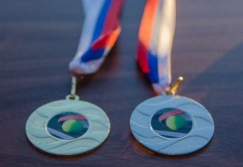 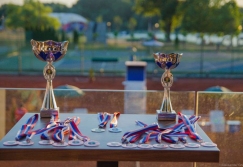 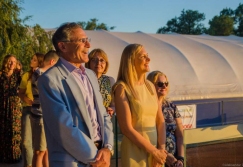 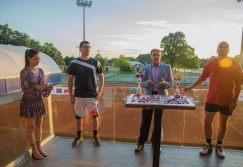 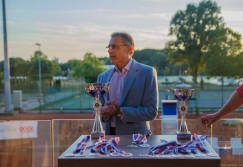 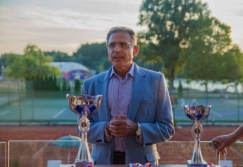 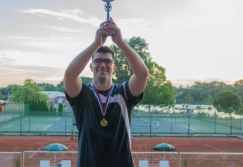 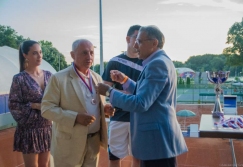 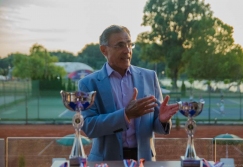 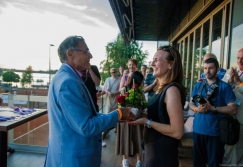 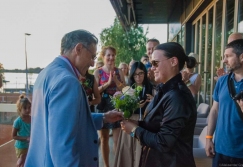 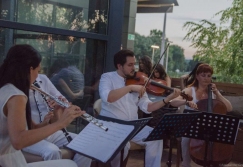 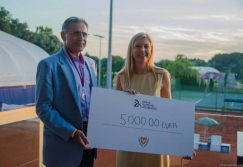 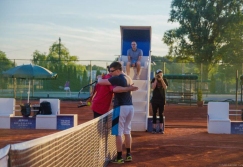 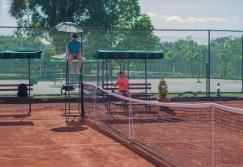 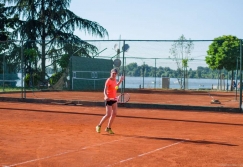 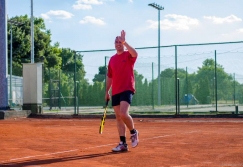 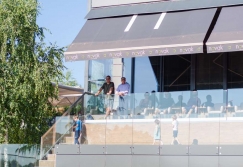 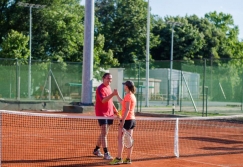 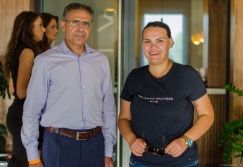 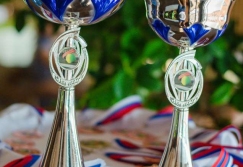 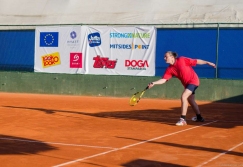 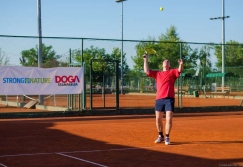 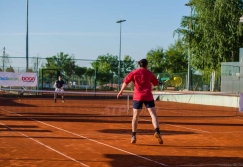 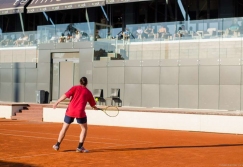 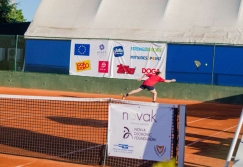 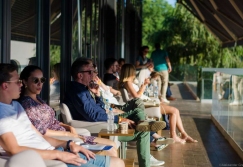 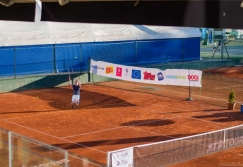 The Embassy of the Republic of Cyprus, in cooperation with the Ministry of Tourism of that country, organized a Cyprus evening in Belgrade. Read...
Read more

The Embassy of the Republic of Cyprus, in cooperation with the Ministry of Tourism of that country, organized a Cyprus evening in Belgrade. Relations between...
Read more

Prime Minister Ana Brnabic said yesterday, during the talks with Speaker of the House of Representatives of Cyprus Annita Dimitriou, that the two countries...
Read more

There are just a handful of places on the planet that offer travellers such a wide diversity of opportunities. The Mediterranean has myriad islands,...
Read more

From Italy To Serbia (With Sport And Love)

He travelled by bicycle from Florence to Belgrade, to raise funds for the construction of two nursery schools in disadvantaged Serbian areas lacking economic...
Read more

International Law Vs. The Law Of The Jungle

There are certain issues of vital national interest on which Cyprus cannot – and shall not – succumb to any pressure. Cyprus is not...
Read more

H.E. Demetrios A. Theophylactou, New Ambassador Of Cyprus To Serbia

The new Cypriot ambassador has a Ph.D. in International Relations and a Masters in Communications from Washington State University in the U.S. and he...
Read more

Embassy Of The Republic Of Cyprus