Days Of France In Kruševac

The French delegation was led by H.E. Christine Moro, Ambassador of France to Serbia, and her associates, as well as Jean-Baptiste Cuzin, director of the Institut français in Serbia.

The event aimed to present the cultural and gastronomic specialities of five French regions, but also to facilitate discussion on the strengthening of economic and cultural cooperation between the City of Kruševac and France. 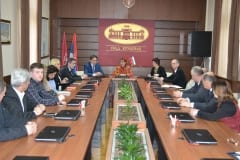 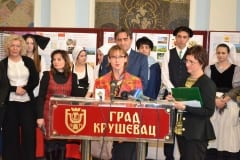 The tenth anniversary “French Week” under the slogan “Lights of Paris in Belgrade streets” was opened at the Navigator Business Centre 2, with...
Read more