The Nikola Tesla Museum, founded as the first technical museum in Yugoslavia and the only one that preserves the...
Read more
15 October 2019
Facebook
Twitter
Email

Speaking at the conference “The EU and Serbia: Shared Destiny?”, organised by the Embassy Belgium in Serbia, President Emeritus of the European Council Herman Van Rompuy stated that the shared destiny means the same values and expressed his opinion that Serbia can also share the peace and prosperity of the European Union. 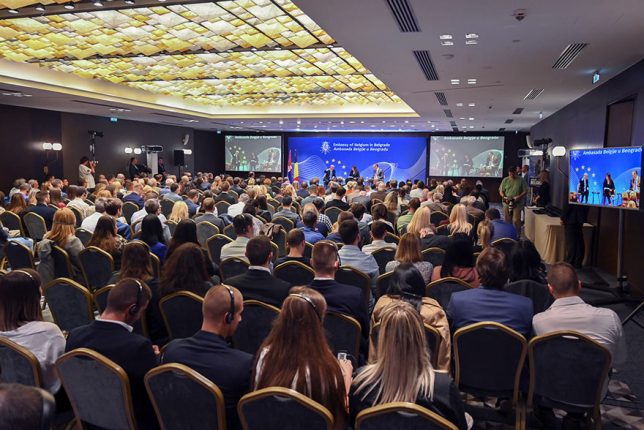 President of Serbia Aleksandar Vucic emphasised that Serbia’s interest is to join the EU.
“At least half of our citizens say that the EU is about the recognition of Kosovo. However, rationally speaking, I will promote the EU. It is always better to be in a club than out of it”, said Vucic.

Van Rompuy agreed that the road to the European Union has many obstacles that will be forgotten once the goal is reached. The ultimate goal, according to him, is the prosperity of the citizens of both Serbia and Kosovo. 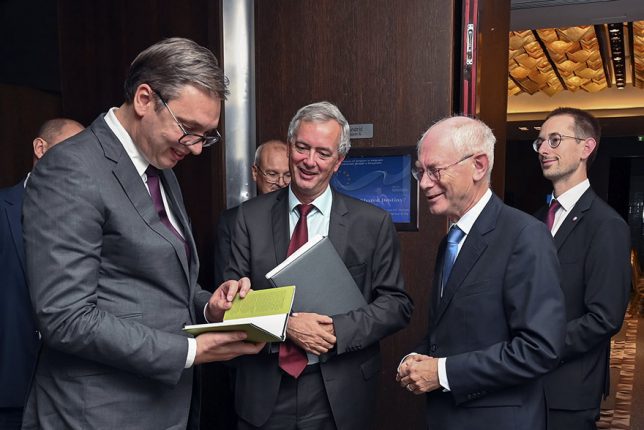 It is in the interest of Serbia to have as many as friends as possible – including Turkey, China and Russia, but that the added value of all these countries is much smaller than the value of the EU, said Van Rompuy. Adding “In order to have lasting peace in this region, the European Union is the best guarantee”. 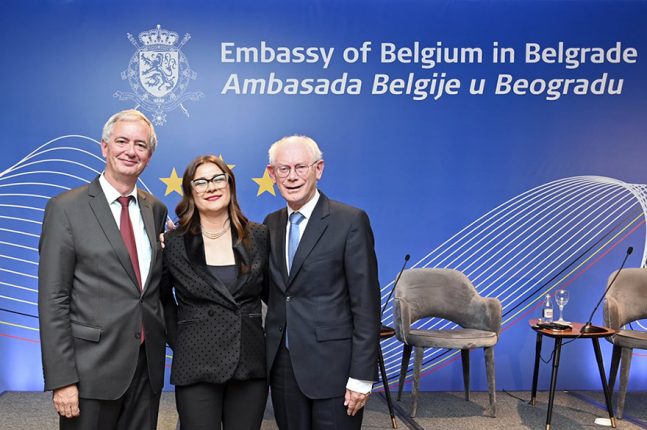 The Belgian Defence Attaché David Lambeens and his spouse Milica have organised in Hotel Amsterdam in Belgrade the yearly reception and the toast to...
Read more