"Russia will not be a credible partner, so it is economically and politically wrong to count on cooperation with...
Read more
21 August 2017
Facebook
Twitter
Email

Celebrating the jubilee 60th anniversary of the Cultural Centre of Belgrade, the ceremonial hall of Belgrade City Assembly, under the patronage of the Austrian Cultural Forum (Kulturforum), hosted the concert of Colluvio, an international chamber music workshop

The participants in the COLLUVIO project – nine talented and successful young musicians from Serbia, Montenegro, Croatia and Ukraine, first gathered at the beginning of August at Gut Hornegg Manor in Southern Styria, Austria.

Under the artistic guidance of Yuri Kot (Ukraine), professor of piano studies at the Faculty of Music in Kiev, Olivera Milić-Hirscher (Serbia), violinist and professor of violin studies in Sremska Mitrovica, and Meinhard Holler (Austria), cellist and professor of cello studies in Munich, the young musicians spent ten days working on a demanding chamber music programme in preparation for a tour that takes them through Austria, Germany, Croatia, Bosnia-Herzegovina and Serbia. 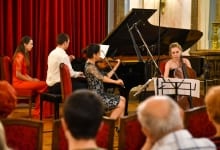 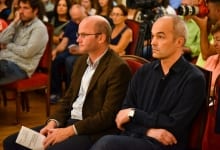 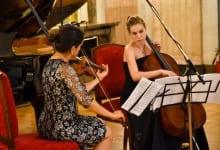 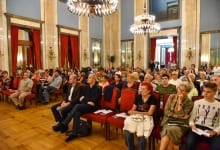 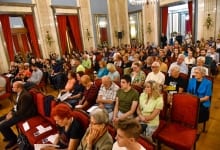 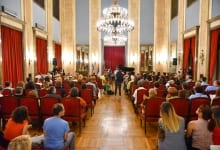 Culture Is The Precondition For Dialogue

Fostering broad and deep cultural ties is particularly relevant for a close partner and EU candidate country like Serbia, and I do feel a...
Read more

We Need Tradition And Innovation

The fact that the European capital of culture is a non-EU city is quite unique. As such, this is a great opportunityfor Novi Sad,...
Read more