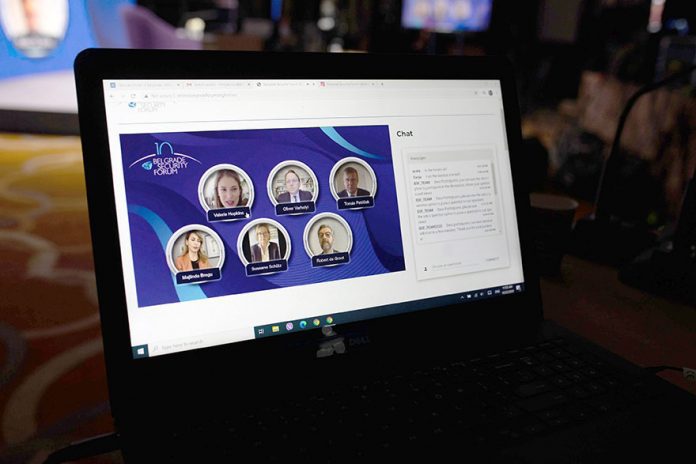 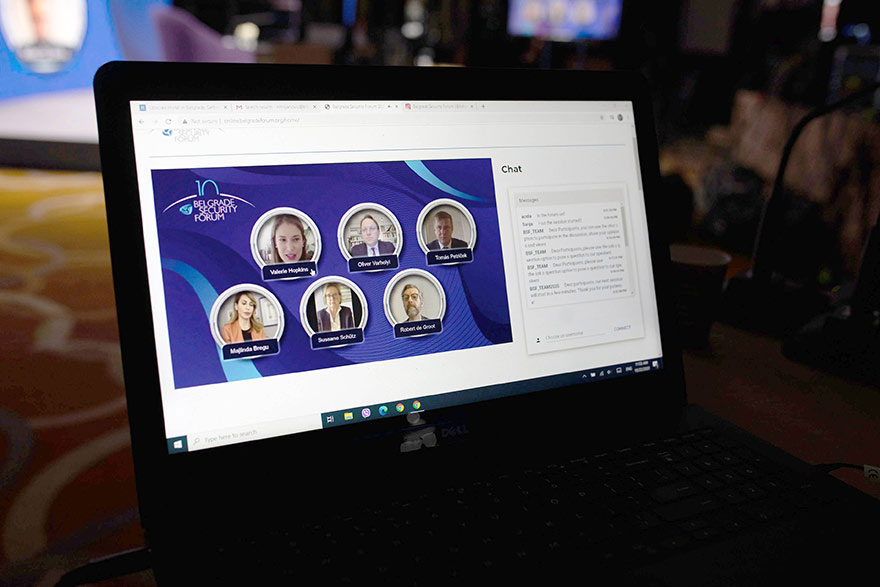 European Commissioner for Neighbourhood and Enlargement, Olivér Várhelyi, opened today’s discussion on the perspectives and approaches towards the region of the Western Balkans by stating that the region was a priority for the Commission and that it started working on the renew of cooperation since the day one in the Office.

He mentioned three ways in which the EU Commission has already pushed the process forward – the new enlargement methodology has been set, and the accession talks were opened with North Macedonia and Albania, and finally the new investment plan for the whole region that could potentially rise up to 20 billion Euros.

Várhelyi pointed that the EU wants to create and support long-term plans which would lead to reforms aiming to transform the region into investment attraction and to create new jobs.

The region showed that it can work together and this success should inspire the future. Security of the Western Balkans is the EU security and the future of the whole region lies in the EU.

He said that the Commission should bring them closer to the EU and then inside the EU. The key areas in which he expected more cooperation include transport, infrastructure, clean energy, environment, digital future, private sector, and capital.

Czech Minister of Foreign Affairs Tomáš Petříček followed with his country’s position of great friendship with the region. He said that despite all current difficulties and differences he believed that the integration process would not slow down.

Petříček gave a very interesting example from Czech history, when there were issues with Germans, it all and now they are cooperating very successfully. He wished the same for this issue, as he believes that future generations deserve it. He also said that solution should be built by continuous number of activities from both sides, not only in one resolution or memorandum.

He added that the EU should use the momentum and continue supporting the Western Balkans’ endeavour to join the EU and implement reforms.

Susanne Schütz, from German Federal Foreign Office, had very clear message on this issue, stressing that she is very happy that Miroslav Lajčak was nominated as Special Envoy for the Belgade-Pristina dialogue, giving his enormous engagement in region.

I believe that people in Serbia understand that independence of Kosovo is a reality and there is no way back and no alternative. Also it would be hard to imagine Serbia and Kosovo being members of the EU, if they don’t recognise each other, and both participate in one comprehensive agreement.

When it comes to Serbia’s new super-majority government, the expectations are that they deliver reforms in crucial areas, such as rule of law, media freedom, and human rights, which will hopefully bring Serbia closer to the EU.

Schütz conveyed the excitement over the opening of the EU accession talks with North Macedonia and Albania.

Secretary General of the Regional Cooperation Council, Majlinda Bregu focused on new opportunities which emerged for regional cooperation, despite the Covid-19 pandemic. She said that same problems which existed before the pandemic, such as unemployment or slow economic growth, were still present in the region. However, she welcomed the new ideas from Commissioner Várhelyi and supported his preparedness to stay together with the Western Balkans countries while recovering.

She was very optimistic about the new concept of common regional market to be launched soon.

This will seal the necessity for stronger and deeper regional integration and then one day alining it with the EU single market. More precise version of common regional market will be presented on upcoming Sofia Summit, and it will be stepping stone for Western Balkans to recover from pandemic.

Permanent Representative of the Netherlands to the European Union, Robert de Groot, referred to the question about his country government showing big support for the region, but being on a hard line on enlargement so far.

Netherlands promised Euro-Atlantic integration to the region and we stick by it. Perhaps we haven’t made clear what integration means to us. The rule of law and its fundamentals have to be met before economic growth.

He agreed that in Western Balkans is not always clear that the EU was the biggest investor, donor and trading partner, so that the EU should do better job in communicating with the citizens of the region.

Panel concluded with the praise given to the civil society sector and its role in fastening the regional cooperation and the EU integration process by Susanne Schütz.

This year's Belgrade Security Forum was mostly marked by the EU's decision not to open negotiations with Northern Macedonia and Albania, which has raised...
Read more

Austrian president on Thursday said Serbia has a key role in the stability and security of the Western Balkans as well as in the...
Read more

Austrian President Alexander Van der Bellen stressed that he is aware of the different attitudes on the territorial exchange and that Austria supports peaceful...
Read more
Cord MagazineLeaders Meeting Point